The plunder route to Panama 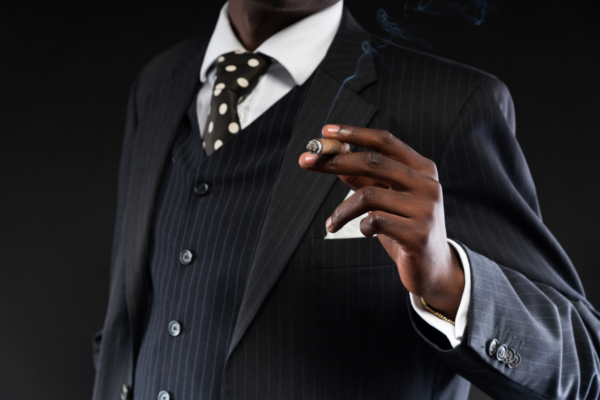 How African oligarchs steal from their countries

The Panama Papers revealed that numerous African politicians have stored wealth in off-shore accounts. But how did the money get there? A transnational team of reporters in seven African countries investigated looting by their rulers.

Who we are The team that did the investigation

Click here to download the full report by the African Investigative Publishing Collective in partnership with Africa Uncensored and ZAM.

The sandy roads are empty. People hardly venture outdoors, lest they be seen by the militia that patrols access ways to the ruby fields. They have often been beaten -and also raped, and robbed, and forcibly removed from homes and lands- since 2012, when formal ruby mining started in Montepuez.

Who we are The African Investigative Publishing Collective, Africa Uncensored, and ZAM

A man of such influence could easily stop the abuses against the people of the north. If not alone, then certainly together with fellow generals and politicians like Public Works Minister Felicio Zacarias, former defense minister General Joaquim Alberto Chipande, Maputo Mayor David Simango, Agriculture Minister José Pacheco, and the head of Mozambique’s security service, general Lagos Lidimo, all of whom hold mining licenses in Montepuez.

The Mozambican government believes that formal mining in Montepuez, in the words of district administrator Etelvina Fevereiro, “will bring tax and prosperity.” This is why, she and other politicians say, artisanal miners and illegal foreigners who also try to get some rubies must be blocked from the fields. But asked when, after years of violence and loss of income, the people will finally see such tax moneys and prosperity, Fevereiro only says she is busy ‘setting up a committee’ to look at that. She doesn’t know where the royalties are. “Ask the provincial financial department.”

According to MRM’s majority shareholder Gemfields in London it has paid to date -beside corporate tax-  US$ 29 million in royalties to the state of Mozambique, ten percent of the rubies’ sales value of US$ 288 million since 2012. Slightly more than a quarter of this, US$ 7 million, is due to Montepuez’ Cabo Delgado province as a direct benefit. “2,75 percent of total royalties is paid to us every year,” confirms provincial financial director Fernando Djange. But perusing the books we can only find one royalties payment of US$ 100 000, made in 2016.

In spite of Djange’s assertion “that it must be somewhere in the finance department,” we won’t find out what happened to the money. We also can’t find what happened with the proceeds of a bag of rubies totaling over six thousand carat (a good ruby can be sold for US$ 100 000 per carat), taken out by Mustang, an Australian mining company that partners with Minister Felicio Zacarias. The bag has been exported illegally, says provincial mining director Ramiro Nguiraz. “They only have an exploration license. They are not allowed to produce rubies, much less sell them.” But Mustang director Christiaan Jordaan, whilst admitting the export and sales of the bag, vehemently denies illegality. “Our license allows this to finance further exploration,” he says. Judging by the lack of action by Mozambican authorities against Mustang so far, he is probably right.

West African Togo’s phosphates, a crucial resource for agriculture worldwide, are so important to the country that the nationalisation of the phosphate mines in 1974 is memorised on government websites as its ‘economic liberation.’  But the resource has not done much for the workers in the phosphate mines. “We earn US$ 117 per month and don’t get medical care,” says a source at the Kpémé mine, west of Togo’s capital Lomé. “Workers have died in hospital hours after being admitted. That would not happen if we had regular check-ups.”

“Workers have died in hospital hours after being admitted”

Togo’s phosphates have however helped an Indian shipping family called Gupta to get reasonably wealthy. The Guptas have a nose for bargains: their company, -now Kalyan, formerly Getax-, is under investigation by the Australian Federal Police for bribery of politicians in the Pacific Island nation Nauru in 2008, in return for which, according to the charges, the politicians gave them the phosphates at one tenth of the market price: US$ 43 per tonne at a time when a tonne did US$ 400. Kalyan/Getax has denied the charges, but according to sales sheets obtained from the Société Nouvelle des Phosphates du Togo the Guptas pay under the market price in the West African country, too. In 2015, when Australian importers of phosphates from elsewhere paid US$ 166 per tonne, those who got them from Togo paid only US$ 100.  And practically all phosphates from Togo are bought by Kalyan.

Last year, Kalyan opened a new sky-scraper-high hotel in Lomé. They acquired the shiny US$ 80 million project with a US$ 29 million input of their own whilst the state of Togo and a loan from the West African Development Bank provided the rest. President Faure Gnassingbé’s cocktail parties now take place in the prestigious ‘Hotel 2 Février,’ named after the day the country celebrates its economic liberation.

Kalyan doesn’t have a contact email on its website; only a Dubai phone number. The person who answers connects us to another person, then another. Finally we are told they’ll get back to us.  But in the six weeks between the phone call and this publication that has not happened.

The Democratic Republic of Congo has an official ‘zero tolerance’ policy against corruption, a presidential anti-corruption advisor and an Observatoire de Surveillance de la Corruption et de l’Ethique Professionnelle, (OSCEP,) funded by France and the UN, with spacious offices in Kinshasa. Only they seem to battle to discover any actual corruption. “I have been to Panama and I haven’t found that name there,” says Professor Saint Augustin Mwenda Mbali, OSCEP’s director general, when we interview him about the President’s twin sister, Jaynet Kabila’s, off-shore wealth. “We mustn’t incriminate the innocent.”

True enough: Madame Jaynet created the company, Keratsu, under the names of associates and not her own. But maybe we can talk about the Kabila family’s close associate Dan Gertler? Tons of evidence implicate this controversial mining tycoon in corruption. Mbali nods. “Certainly, there are ships who leave our shores with ten tonnes, when they only declared four tonnes,” he nods. “But investigations take time.” When we press on, mentioning more examples, he asks if we can help by “bringing that evidence,” and “funds, because investigations are expensive too.”

The wealth of the Kabila family and their associates, thanks to their political influence, is a matter of public record. But that OSCEP struggles to find conclusive proof of wrongdoing is not surprising. The DRC’s entire financial governance system is based on opacity and impunity. There is no asset declaration law for politicians. State officials never account to anyone on the budgets they handle. Exports, like tax records, are kept in handwritten books that are never compared with other handwritten books. Political leaders and bureaucrats operate in a system of cashing and returning personal favours.

State officials never account to anyone on the budgets they handle

As a result, whilst -as stated by presidential corruption advisor Luzolo Bambi- US$ 15 billion leaves the country in illicit flows every year, the annual state budget is only US$ 5 or 6 billion. That just pays a top layer of civil servants and their offices, vehicles and trips, leaving little to nothing for public services.

Due to malnutrition and diseases, close to half of children in the DRC suffer stunted growth.

When a new government came to power in Burundi in 2005 after thirteen years of civil war, the new leaders vouched they would establish good governance. And they -or at least some of them- tried. A tax agency was built up. The GDP in the desperately poor country increased. Administrative systems and even corruption monitoring were established. But the networks of those -including a former general, his criminal friends and military followers and his sometimes ally, sometimes rival, President Nkurunziza-, who wanted positions and money for themselves, proved difficult to beat.

Gabriel Rufyiri, head of the Observatoire de la lutte contre la corruption et les malversations économiques in Bujumbura has written countless times to ‘his Excellency the President.’ Why was, in May this year, Burundi’s entire dollar reserve paid to one particular petrol company? Why are other non-favourite companies victimised, to the extent that previously successful enterprises now operate at ten to thirty percent of their capacity? Burundians know the answer to these questions. Nkurunziza is not nicknamed ‘the shareholder’ for nothing. There are reasons why he desperately sticks to his third term, uses violence to squash dissent and never answers Rufiyiri’s letters. “We put one dossier through to the National Prosecuting Authority, Rufyiri sighs. “But it was declared ‘sans suite,’ not to be followed up.”

Why was Burundi's entire dollar reserve paid to one particular oil company?

Rufyiri is now writing to neighbouring statesmen, Uganda’s President Museveni and Tanzania’s Mkapa, asking them to revive the regional dialogue around Nkurunziza’s third term, “to address the economic crisis which has such serious consequences for our citizens.”

He doesn’t know if he’ll get an answer.

“They won’t last long anymore,” says corruption investigator Themba Mabuyane (1). “The Zupta empire is on its way out.” He points out that the protest movement against President Jacob Zuma and his money-guzzling and -laundering friends, the Indian Gupta family (2) grows by the day and that judiciary, media, civil society and private sector are united in the fight for good governance.  He credits South African investigative journalists with winning crucial international support in the battle. “Now, even the Indian bank of Baroda has closed Guptas’ accounts and their own PR company Bell Pottinger and accountants (KPMG, ed.) and consultants (McKinsey, ed.) have abandoned them.”

This could open perspectives for change in the other countries in our investigation. Maybe current cases by the UK Serious Fraud Office and Canadian regulators against the DRC’s Dan Gertler could help undermine the Kabila network in that country? Would international scrutiny of Togo’s Guptas, the business partners of the Mozambican elite and Burundi’s president do the same to their ‘shareholding’ networks?

International awareness of the fact that, amid skyscrapers and other ruling party business projects, we also found actual hunger in Rwanda might shock admirers (not to mention donors) of autocratic leader and off-shore account holder Paul Kagame. And visitors to Botswana’s tourist paradise might be perturbed to know that ninety percent of the bills they pay is retained by tourism companies outside the country, with some major ones based in tax havens and connected to President Khama.

Our findings don’t stand on their own. Investigations by Global Witness, Nigeria’s Premium Times and Makaangola among others have also unearthed how elites in African countries have morphed into mirror images of former colonialist plunderers, with properties all over the world and regular visits to Switzerland. Should they not be held accountable for misery in Africa just as much as the legacy of colonialism itself?

One of us, noting giant potholes in Kinshasa’s wealthiest suburb, asked why the rich didn’t even seem to care about their own streets. “They own these houses but they don’t live here,” the response came. “They live in France.”

Disclaimer: The interview with Mabuyane in this story replaces a larger chapter on South Africa in the full report.

All individuals and companies mentioned in this report have been approached for comment, with the exception of the presidents of the DRC and Burundi, whose governments either do not list or have removed contact details from their websites. In the case of Mozambique, the Frelimo ruling party and the ministerial offices concerned were offered a right of reply. Except for the responses mentioned in the report, none were received.