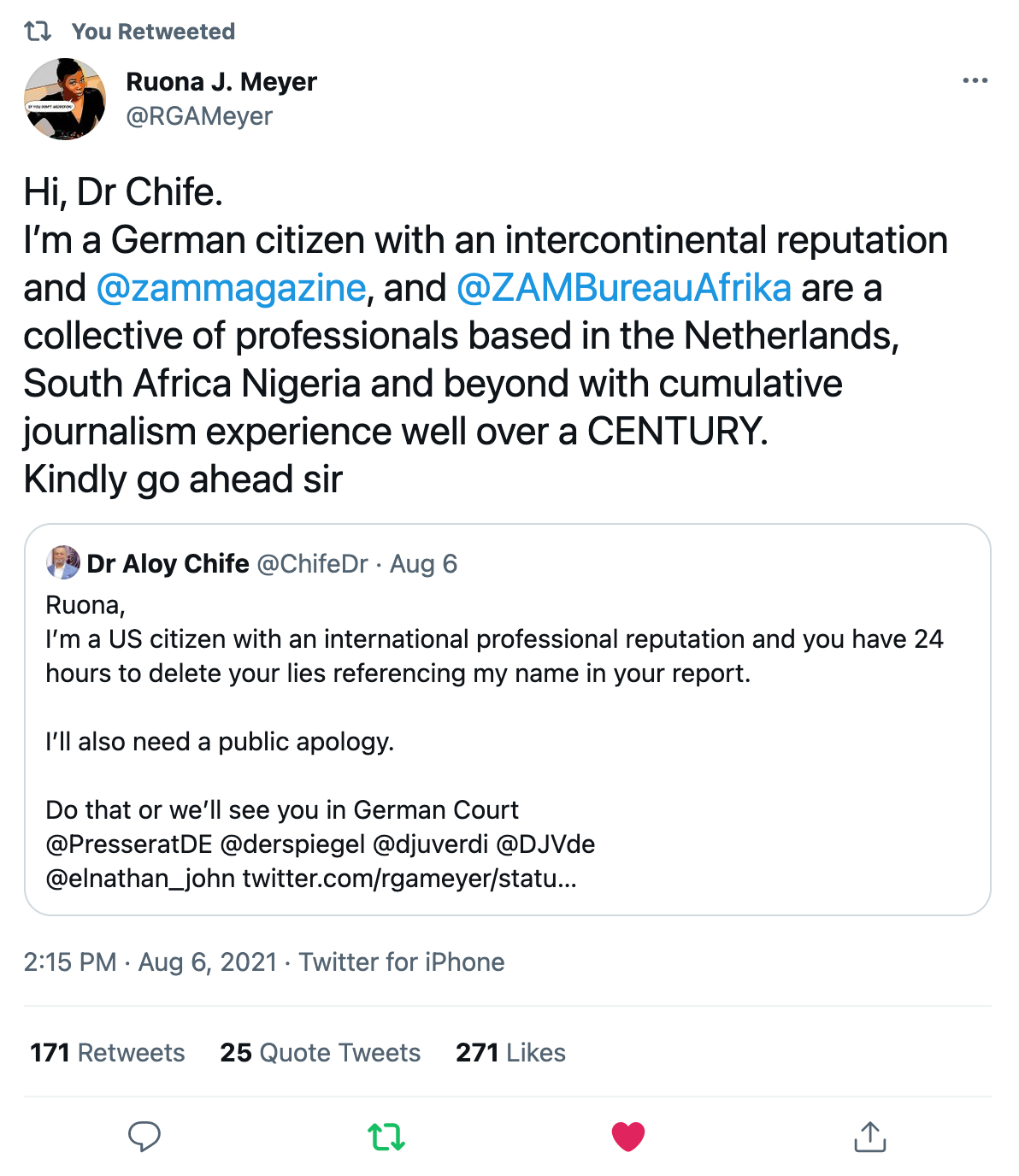 On Friday 6 August, 2021, yet another story in the ZAM Kleptocracy series went viral in Nigeria. This time it concerned the Border Control Syndicate investigation, in which Theophilus Abbah exposed the plunder of the Nigerian Immigration Service (NIS) by politicians and top officials. The investigation was shared and liked by hundreds on social media, often accompanied by calls to action.

The story, the seventh in a series of ten ZAM investigations on kleptocratic systems in Africa, appealed to Nigerians who had been frustrated and extorted by the countries’ Immigration Service, where its top officials had siphoned off state money meant for passport and other documentation services for decades. The loot had been shared among themselves and their associates in crooked ‘public private partnership’ arrangements, while citizens were made to pay through their noses to fund the schemes. ‘Funny that I am reading this while wiping my sweat at the Passport Office,’ wrote one Nigerian reader on Twitter. ‘The air in this place is thick with the stench of bribery and corruption.’

Paradoxically however, by far the most publicity for the story was generated by a Nigerian businessman called Aloy Chife – Dr Aloy Chife, according to his Twitter bio – whom the story had mentioned as involved in the contract schemes at NIS. This reference was based on many reports in Nigeria, including a report by the country’s House of Representatives Committee on the Interior. Clearly feeling slighted, on Thursday 5 August, Dr Chife tweeted at ZAM’s editorial college member Ruona Meyer – who is from Nigeria and who had edited Theophilus Abbah’s work – that she had ‘24 hours to delete (her) lies’ and that he needed a ‘public apology’. He ended his Tweet threateningly: ‘Do that or we’ll see you in a German Court.’ The reference to a German court was perhaps inspired by the fact that Meyer, who is married to a German partner, lives in Germany. In his Tweet Dr Chife also mentioned, for unknown reasons, that he is ‘a US citizen with an international professional reputation.’

Mindful of our own international professional reputations, ZAM – through its investigations editor Evelyn Groenink – then invited Dr Chife, also on Twitter, to write ‘to us and not just to Ruona Meyer’, and that we ‘would happily publish’ his comments.

So far, nothing has been heard from Dr Chife at the ZAM offices. But what has become clear, from dozens of likes and new followers on ZAM’s social media accounts, as well as the heated debate all around, is that many Nigerians are following the NIS revelations with bated breath and, seemingly, some hope for change in their countries’ corrupt systems. When some in Dr Chife’s political camp proclaimed that this story was inspired by political enemies to hurt Chife and his followers, ZAM’s Ruona Meyer simply re-tweeted another recent ZAM investigation: the Marriage Registry corruption story, by Taiwo Adebulu. This investigation unearthed current bribery and citizen exploitation practices at the Ministry of Interior, now controlled by the opposing political camp to the side of Dr Chife. ‘You did not call us (enemies) then,’ Meyer tweeted. ‘(You only do that) when your favourites are investigated. We investigate systems of kleptocracy, not factions.’