Africa and the Pandemic | Transnational Investigation 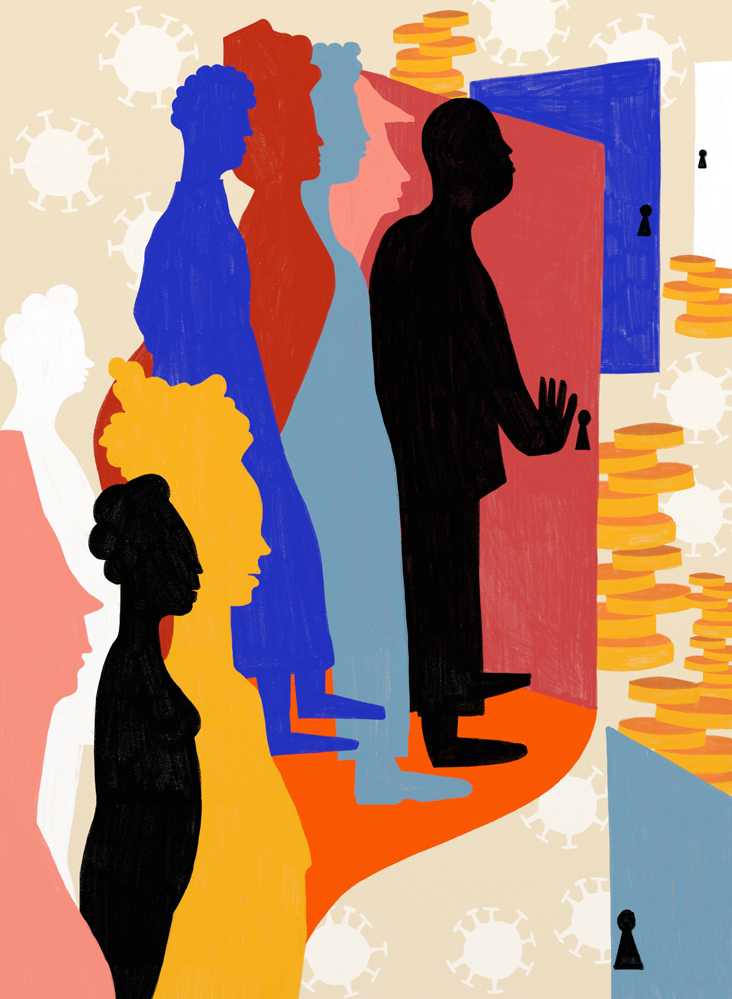 When COVID 19 pandemic news started flooding TVs and social media, South Africa’s President Cyril Ramaphosa spoke to his nation like a true statesman. He did not, like Donald Trump in the United States, oscillate between denial and promoting untested medication. He ordered a lockdown, encouraged mask wearing and had isolation centres built in event halls. Kenya, Ghana, Nigeria, Uganda, Mali, Mozambique, Namibia, Zimbabwe, and even Congo introduced similar policies and programmes. Save for the crazy denialist Tanzanian president, Magufuli, who forbade the use of the word ‘corona’ and advocated prayer, then died of the virus himself, the governments of these countries said all the right things.

African leadership fought the epidemic. The world was impressed.

There were some, mainly those who knew how small the capacity of African states really was when it comes to providing health care, or any public service at all, who feared that politicians saying all the right things was not necessarily going to keep the deaths on the continent down. That thoroughly corrupt leaders – it is indeed possible to say correct things and still be corrupt – and the kleptocratic systems they preside over would still plunder, rather than distribute, donated COVID emergency funds. After all, the main visible measure taken from the start by African governments in Kenya, Uganda, Sierra Leone, Malawi, South Africa and others was police action against people who violated lockdowns by being out in the streets. Warnings by concerned civil servants and health activists that poor people could not stay home because they would starve, and that there should be emergency help, at least food and water, for townships and squatter camps during lockdowns were ignored.

But the global relief that ‘Africa’ seemed to be ‘doing really well’ drowned out the voices of such doomsayers.

Sadly, the doomsayers were right. This investigation highlights how, in Mali, Mozambique, Ghana and South Africa – and in a host of other African countries1 – COVID 19 relief has been mercilessly plundered. At the time of writing this, US$ 1 billion in total COVID expenditure in South Africa2 is under investigation for possibly corrupt use; an amount close to a quarter of US$ 4,3 billion granted to that country by the IMF in emergency COVID relief. In Mali, according to local health workers, people have died in makeshift tents, together with nurses whose protective clothing had been stolen. In Mozambique, provincial politicians use COVID relief funds to party in hotels while villagers with respiratory diseases suffocate in refugee camps.

Though there are only 58,000 reported COVID deaths in South Africa – the same death rate of 1 person per 1000 as in the Netherlands – this is, according to the SA Medical Research Council, a massive undercount. In May 2021, the excess deaths likely due to COVID 19 in South Africa numbered 150,000.3

To extrapolate this excess death rate to the rest of Africa is difficult. South Africa is the only country in sub-Saharan Africa that has vaguely reliable statistics in this regard. Also, in the countries with the poorest people, there are so many causes of death – malaria, HIV/Aids, yellow fever, Ebola, diarrhoea, pneumonia, TB – that it becomes problematic to determine what was the cause of any disease outbreaks in a certain region at a certain time. As this investigation shows, there are many respiratory diseases affecting those in the refugee camps in Cabo Delgado, Mozambique, but are they COVID 19? No one knows, because the money that was given to Mozambique’s leaders to buy tests with, has disappeared, together with most other COVID emergency funds in that country. All we are aware of, from asking around among ZAM’s reporters on the African continent, from Togo to Zambia, is that almost all of us report knowing several people who have been sick with or died of COVID 19. This would be unlikely if the official COVID 19 rates – for instance in Mali, where there is officially only one infected person per thousand and only one death per forty thousand – reflected reality.

Strangely, this undercount goes together with rumours among the population in many African countries that COVID is a hoax; that Africans don’t get the disease; that leaders made it up just to get more development aid. According to our reporters in Mali and Mozambique, the first two assumptions are likely informed by denial. ‘As a citizen who knows that nothing is done for you by our leaders, your first priority is always to somehow obtain food for the family, which means, carrying on as usual. Pretending there is no pandemic then becomes necessary for survival,’ in the words of Mali’s David Dembélé.

It is, however, undoubtedly true that health emergencies, real as they may be, are routinely used by African regimes to rake in more aid money. Decades ago already, ZAM’s Eric Mwamba reported that, in Ivory Coast during the HIV/Aids epidemic – bad as it was and in some places still is – the numbers were still exaggerated to get more funds for the sitting government. A ZAM blog by Esther Kamara4 described recently how in Sierra Leone, a country fresh from the Ebola epidemic, ‘people think (COVID 19) is yet another ploy to receive cash from big donors.’ The suspicion is given fuel by the fact that, Kamara writes, suddenly, Sierra Leone’s political leaders are seen driving new ‘corona cars.’ David Dembélé in Mali reports how the ‘COVID emergency’ in that country is even conducted like a show: banners, posters, PR events, sanitising stations in government buildings and ‘COVID exclusive’ policies in hospitals create the impression that there is an emergency and that something is being done, while inside the hospitals and communities, as usual, people go hungry and die without much medical help.

In Mali, we tried to ask the international donors who allocated the aid funds if they know what happened to the money, but neither IMF or the World bank responded to requests for comment (in the case of the World Bank, approaches were persistently, but unsuccessfully, made over months). Which is a pity, because it would be interesting to have the financial institutions’ responses to the situation, also voiced recently, with regard to COVID vaccines, by Kenyan activist Nanjala Nyabola when she tweeted that vaccine donations to Africa ‘present an active study in how aid causes underdevelopment.’ ‘How do we pressure our governments to prioritise health spending when first there were no vaccines to buy and now there is a glut of donations?’ she asked.

Some might feel that, even in the face of so much theft and wastage, emergency aid should still be given, if only on the off chance that some of it will land where it should. Bill Gates has famously said that he saw corruption in the African countries where his foundation donated health budgets and medicines as a ‘kind of tax,’ that one should just shrug off. But that option may not be as innocent as it looks. Firstly, the large tranches that routinely go to general ‘budget support’ for the sitting government, helps keep kleptocrats in power. Little to no medical supplies sent by the state reached conflict-ridden northern Mali, but well-equipped military and secret services monitor protesting medical personnel. In Mozambique, general COVID budget support helped buy Marauder armed vehicles, war helicopters and mercenaries to fight the insurgency in Cabo Delgado: an insurgency that, even if informed by jihadi slogans and terrifyingly violent, has been fed and grown by the same kleptocrats’ exploitation and plunder of the region for the past decades.

Should the international community then rather support only non-governmental organisations who provide real help, like Doctors without Borders in Mozambique? They surely help, no doubt. In Mali, David Dembélé would definitely want supplies for patients and nursing staff sent directly to the hospitals, he says. And people themselves, all over the continent, from health workers who somehow convert rubbish bags to protective clothing, to soup kitchen volunteers, community organisations, passionate church leaders, neighbours, and activists, clearly need all the help they can get. In South Africa, the local aid organisation Gift of the Givers has been so efficient in assisting communities that many have suggested that it should run the country, rather than the sitting government.

But the question faced by Gift of the Givers and others who want to help the African public is for how long they should continue to do the job for parasitic regimes while these same regimes stay in place, stealing public funds on top of the lavish salaries they draw (and that is in some cases still the best case scenario: in other cases, like in Mozambique, where Doctors without Borders reported devastating import delays for their own medical supplies, the state bureaucracy even forms obstacles to help efforts).

Even experts do not have clear answers. But what we do know is that we should learn from African investigative journalists and listen to Africa’s own communities and social justice activists, rather than to the empty charades, posturing and pleas from their countries’ political patrons.

South Africa | Looking for crumbs in a crumbling state

Mali | A show for the funders