Zanele Muholi in Amsterdam | 'Because we matter' 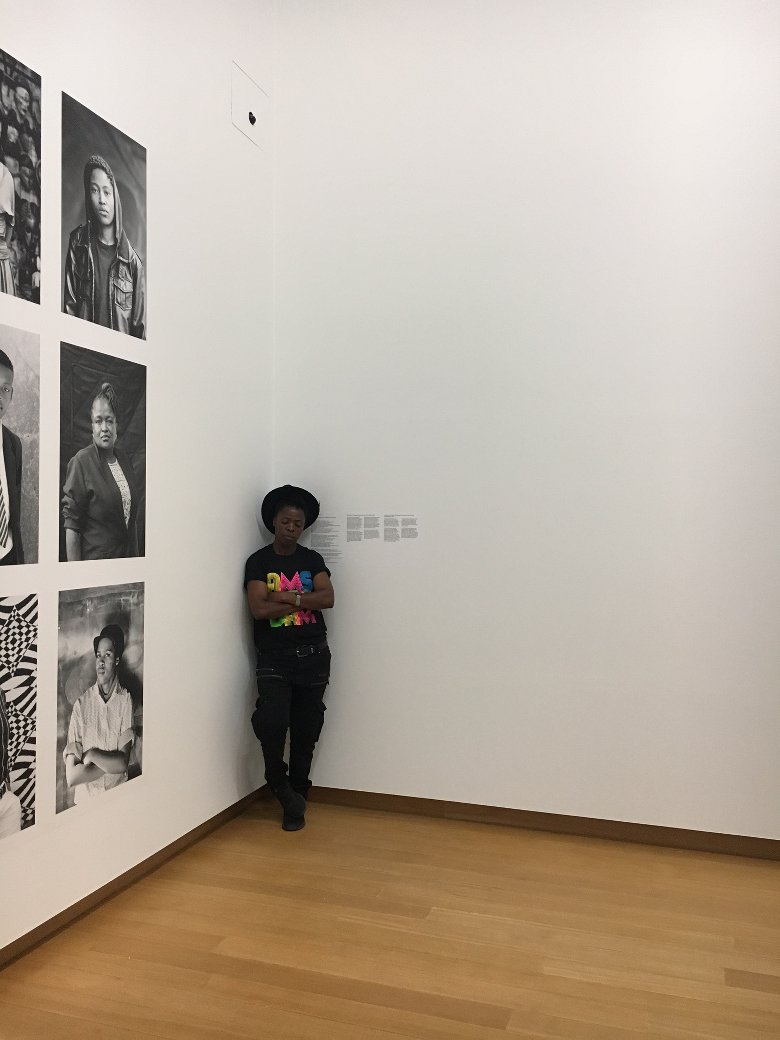 Shrouded in a South African flag, Muholi thanked the museum for making her 'coming out again.’ In her opening speech she underlined the motives behind her work, which celebrates the lives of her LGBTI friends as much as it testifies to the hardships many of them still experience. South Africa may be a free country, with a Constitution that explicitly guarantees freedom of sexual orientation, but on the ground a different tale is being told. The statistics of hate crime against black lesbians, part of the exhibition, show an increase of rape and murder in recent years.

As painful as the past that connects our two countries, South Africa and the Netherlands, still is, Muholi said, “today a new generation will stitch these countries together in order to create something new.” The Stedelijk Museum opening its doors to Muholi’s visual activism is part of this journey. “It's not about me,” the artist said. “I might be the driver with the key but this is about us, about our history. We are infecting this space in a nice way.”  She added that this was “the beginning of black LGBTIs, people of colour from Surinam, the Caribbean and Africa showing our lesbian, queer and whatever talent. Because we matter.”

As always, Muholi spoke fondly of the groups, organisations and people who pioneered her work from as early as 2006 when ZAM introduced audiences to her early pictures. Other features were published in 2009, 2011 and 2016. Afrovibes, the Thami Mnyele artist residence, the Prince Claus Fund and CBK Zuid-Oost soon followed. All these efforts have now been vindicated with Muholi's milestone exhibition in the museum.

A grim day after

The excitement from the opening was marred by an incident that tragically illustrated how desperately the struggle for civil, gay and simply human rights is still needed, in the Netherlands as much as in South Africa. One of the crew members was pushed down the narrow and steep stairs of her Amsterdam Airbnb by the owner of the place. Irritated because she was checking out late, the airbnb's owner referred repeatedly to 'you people' and also made disparaging remarks about Nkumbi’s dreadlocks. Fortunately, no limbs were broken or vital organs injured as a result of the steep fall, but young artist Siba Nkumbi was badly hurt and had to be taken to hospital. A video of the violence was posted on Saturday and went viral.

The Amsterdam police dealt well with the matter, Nkumbi found. “They came to the hospital immediately and took an extensive statement,” she said. The ZAM Team is closely monitoring the progress of the case.