ZAM & Stevenson | A Summer Night under the Winter Sun 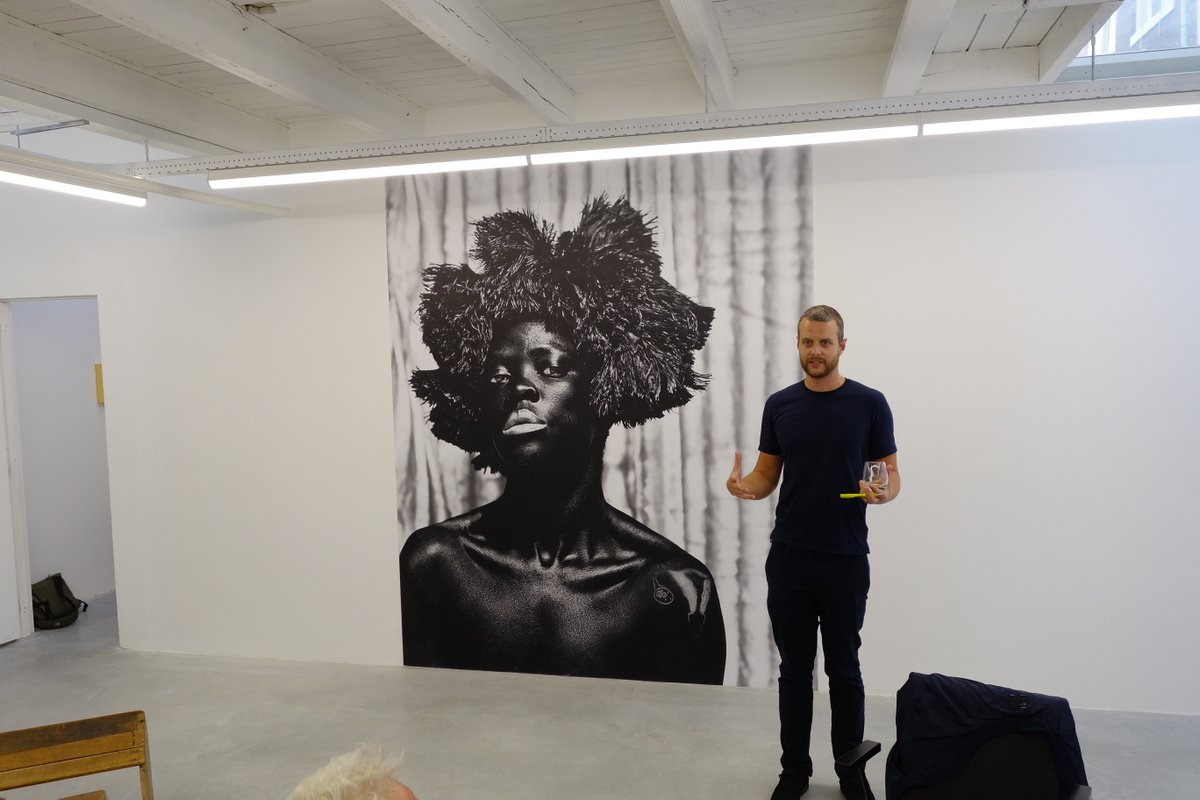 Clarke studied at the Amsterdam Rijksacademie in the early 1960s. Far away from the country that had declared him a lawless citizen, he received his education in freedom. Winter Sun is a modest hymn on the city and shows with the television antennas on the roofs, a long gone time.

ZAM has been working with the South African Stevenson Gallery since 2007. ZAM editor-in-chief Bart Luirink told the more than 50 attendees how often and eagerly the gallery made images and information available for ZAM publications in print and online. Stevenson was also particularly helpful in shipping photography that Zanele Muholi donated to ZAM. "Like no other gallery, Stevenson is the meeting point of creatives who are the personification of the artistic renaissance in post-Apartheid South Africa," said Luirink. The artists in the exhibition - Muholi, Neo Matloga, Moshekwa Langa, Kemang wa Lehulere, Meshac Gaba, Breyten Breytenbach, Nicholas Hlobo - have all been covered by ZAM over the years.

Stevenson director Joost Bosland briefly informed those present about the motives of the gallery to open a branch in Amsterdam. “Many of our artists have a relationship with this city.” Located on the Prinsengracht, hidden behind restaurant Van Puffelen, the Amsterdam artistic scene has gained a space that will bring the city a lot of good: a new base of (African) talent.