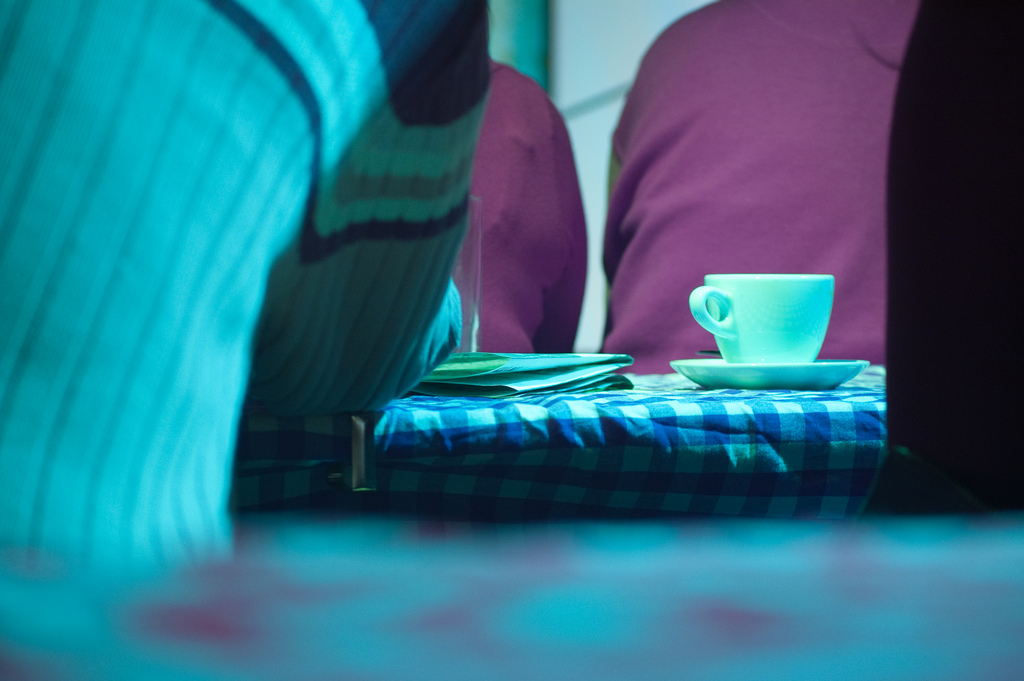 An early nineties whites-only pub in Ventersdorp, South Africa, a recent meeting of the neighbourhood watch in Pretoria, a conference of the Young Liberals in the Netherlands. What’s the difference?

It was probably Uncle Boetie’s bottle of township homebrew that caused me to have such nightmares. First I dreamt that I was back in the early nineties, in Thirsty’s Pub & Grill Kroeg in Ventersdorp.  This was already crazy since, being of darker hue, in real life I have only ever sneaked past Thirsty’s Pub & Grill Kroeg in Ventersdorp. But in my dream I was there in an invisible sort of way, listening to men who called one another Kobus, Kallie and Frikkie complaining about blacks. It was the usual: these kaffirs don’t have work ethic, laze around on the farm, drink and make noise, have no culture and no manners, pass their bad habits on to their way-too-many-children; baas must always give us leftovers and clothes because they don’t know how to handle themselves, their boys all become criminals. Frikkie remarked how they now even made eyes at decent Boer families’ daughters. Now with Mandela coming to power we will not even be able to whip them anymore, mark my words, Kobus said.

Then I was in another dream, thinking I had woken up, but I hadn’t really. This one was more real than the other dream though: it was now, 2018, and I was a fly on the wall in a neighbourhood watch meeting in the street of one of our long-time white friend Jennifer who lives in quite a nice but still very white suburb in Pretoria. This meeting too was about them. Them being blacks, who are criminals, of course: there had been a few burglaries. So they now posed a big problem to this street and there should be more police to chase them.

I took pity on my poor Jennifer as she tried to explain that to stop black criminals -I could see why she talked that way, after all you get very few white burglars in South Africa, so there was really no point for Jennifer in denying that- you needed an alliance of all nice and decent people in the area, including the nice and decent black people like the black electricians and TV repairmen and waiters and students living in our neighbourhood. To treat all black people like criminals would be silly, she said, because the electricians and waiters were just as bothered by crime as we were. Furthermore, they spoke African languages -same as the criminals- could see and hear who came from where, and so could help us tell the difference between a hooligan and a student.

But the others disagreed. The street should stay as it always had been and the waiters and electricians should be evicted from the building in our street where they were now squatting in the absence of any low cost housing in the area. One of the ladies, a restaurant boss, proudly said she had fired one such a waiter after discovering that he stayed in ‘that building’ instead of in the township three hours away by bus. She said the police should also chase the students who slept in the nearby park so that they could get to their classes early in the morning. Jennifer’s idea that these students could use some help was laughed at really hard and some of the ladies cheerfully started calling her ‘our philanthropic friend’.

Then I woke up again and now I was at a gathering in some Dutch town where some neatly dressed, but younger, white people were again discussing them. They were calling them ‘migrants’ now but it was still brown people who were somehow harmful and had way too many children. At that point I started to rebel inside my dream. Not even Uncle Boetie’s witblits could explain why I was projecting Ventersdorp in 1990 on a civilized debate in the Netherlands in 2018.

But I wasn’t dreaming anymore. I was at a Young Liberals, JOVD, meeting and people were really saying this. I felt around in my backpack for the bottle. Fortunately there was still some left.