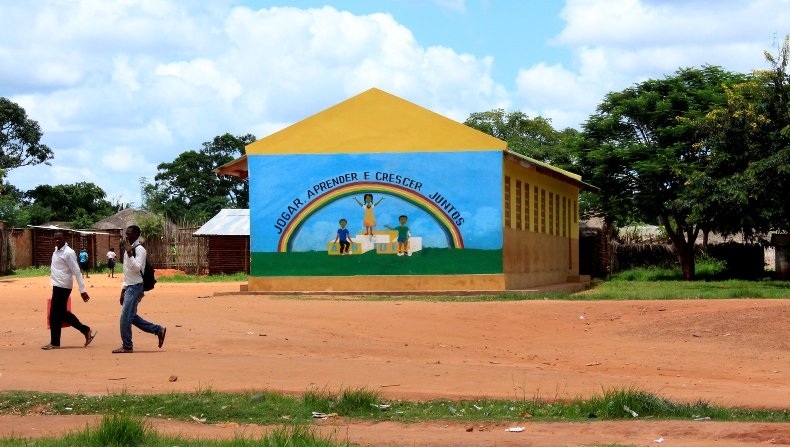 Rapes, robberies and deportations carried out by notorious police squad to keep the rubies for MRM-Gemfields alone.

The ruby fields of Montepuez in Mozambique, already a terrain of terror at the hands of security forces guarding the wealth to which UK-based gemstone giant MRM-Gemfields has the rights, are now violently being emptied of human beings. Hundreds of Mozambicans, foreigners, artisanal miners and random villagers, told that their presence in the area is ‘illegal,’ have been forcibly removed, with rape, robberies and even murder by security forces as part of the process.

Scores of people carrying bags, food parcels and mattresses have been arriving in the village of Muaja, 15 kilometers away from Namanhumbir, Nanhupo, and Montepuez City in the mining area since Thursday.  Hundreds of others have been deported across provincial borders, ending up hundreds to a thousand kilometers away from their homes, or have been dropped across the border with Tanzania. Among the deported ‘foreigners’ are reportedly also local Mozambicans, who will have problems proving this because policemen and soldiers have confiscated Mozambican identity cards and residence permits as well as money, mobile phones, clothes, and other goods.

A man who said he was originally from Sofala province and who for the past few years lived in Namucho village in the mining area, reported that three different security forces, the Mozambican Police Protection (PRM), the Rapid Intervention Force (FIR) and the ironically named Land, Environmental and Rural Development Protection Force (MITADER) had arrived on 7 February at around 5 PM. “We did not know what was happening. We heard that the president was visiting the (nearby) Balama mining area and we thought it had something to do with that. But the next morning they started to arrest people and take their belongings. Then they also started searching house after house, asking all the people where they were from.”

Shot when trying to escape

The man added that those who could not prove that they belonged to the Namucho community were immediately taken away and that their belongings, including phones and identity documents, were confiscated. “They then told people that there was a ‘meeting’ which everybody should attend. But many of us, as soon as we arrived at that meeting, had our documents taken by the security officials. We were held in the class rooms of Nanhupo primary school.” According to the migrant worker, two men who had tried to escape from the school by jumping out of windows, were shot by the security forces. “The security men came back and said they had buried the two, and that the next person who would try to escape would suffer the same fate.” The recently painted Nanhupo Primary School features in brochures produced by the Gemfields mining company as an example of its Corporate Social Responsibility programme.

According to the same man, a first group from among them was sent to Montepuez prison and he was part of a second group. “We were 90 people in one truck. We were taken to the prison like the first group, but there was no food there and the prison chief told the security forces that they should send us back where we came from.” After having told the security men that he had originally come from Sofala in the south of Mozambique, he was then taken with other migrants to Metoro, a junction 170 kilometers from Montepuez and told to “walk home.”  “Others who were from Balama (to the West of Montepuez) were dropped 250 kilometers away to the east in Pemba city, with the same message.” This migrant worker made his way back again, but others didn’t fare so well. “Tanzanians were given special treatment, much worse than us. Among them were Tanzanians who were in Mozambique legally, with correct papers, but the security men didn’t care.”

A Burundian migrant miner called Daniel Fatuli, husband to a Mozambican wife with whom he has four children, escaped deportation after having briefly been detained in the Nanhupo school. He reported that his subsistence farming plot, home and shop in Nanhupo had been looted during his detention and that his neighbours were still looking for their 14 year old daughter. The girl had been taken to Montepuez prison and had so far not returned.

Among those who now stay without shelter in Muaja village, -which does not have the homes or resources to cater for them-, is Beth, the Tanzanian wife of Mozambican local Eusebio Joseph. The special environmental police squad MITADER, led by the notoriously violent ‘Comandante Tomas’ Ntutuma, removed the couple from their home in Namanhumbir, but Beth managed twice to get back to try and recover her possessions, only to discover that ‘Tomas’ men had looted the place.  She and Eusebio returned to the area again but were ambushed on the third time by the police unit. Beth was raped. “Tomas gave the order to do that. He said all seven had to rape me. It happened in front of my husband, whom they had tied up.”

The MITADER ‘Land and Environmental and Rural Force’ led by Tomas Ntutuma is notorious in Montepuez.. ‘Comandante Tomas,’ who, according to police sources, had first been working for Gemfields, was placed at the head of this police force, formally tasked with protecting Mozambique’s natural resources generally, in January 2015.  Since then, the unit focuses on patrolling the ruby mining area ceded to Gemfields. Ever since then reports of beatings, robberies of locals, looting of homes, confiscation of identity documents , rape, extortion and deportations  have been piling up, with the Ministries of the Environment and the Interior, which are together in charge of the force, turning a blind eye.

“The man was an illiterate who should not talk to her,” said the administrator

The government departments had made very different promises in 2015. Artisanal miners in the area were told that they should form associations and that they would get permits to mine in certain areas. But this process was never seen through and, two weeks ago, all who were living and working in the Gemfields area were told to pack up and leave by nearby Ancuabe district administrator Lucia Namachilua, a ruling Frelimo party member.

A villager who was present at the meeting where Namachilua issued the order to vacate, reports that “A man asked if those who have (Mozambican ID) documents could still work in that place. But the administrator said to the man that he was an illiterate who never went to school and that he should not talk to her.” The villager himself had also tried to argue, but (Namachilua) “said none of us has the right to speak to her. We must only pack up and leave. God knows what is happening to those who remained.” He shakes his head and adds, sadly: “Come election time, they will ask those very illiterates to vote for them again.”

Montepuez district administrator Etelvina Joaquim Fevereiro has meanwhile come out in support of her colleague Namachilua, confirming that illegal mining in the Gemfields concession is a problem and that the forced removals were therefore justified. She blamed first and foremost the Tanzanian immigrants “for bringing instability.” Foreigners who were married to Mozambicans should get their documents in order and also join associations, she said. “If you don’t have documents you can be suspected as a bandit or a smuggler, even if you have Mozambican wives and children. We had meetings where we warned them that they could be deported.” Joaquim Fevereiro recently also professed support for MRM- Gemfields’ ruby operations in a rather uncritical report done by the BBC.

Gemfields is a UK-based world leader in gemstones with a 75% majority shareholding in a joint venture called MRM-Gemfields with Mozambican Mwiriti, Lda (25%), which is headed by a number of powerful individuals in Mozambique’s ruling Frelimo party. Samora Machel Jr, the son of Mozambique’s first president, chairs MRM Gemfields’s board. The company’s executive director, Raime Pachinuapa, is the son of Raimundo Pachinuapa, a former senior guerrilla commander of Frelimo during its war against Portuguese colonial rule.

Estacio Valoi's investigations in ruby-territory are ongoing. Please donate to the AIPC-ZAM story fund to enable him and others to continue their work.