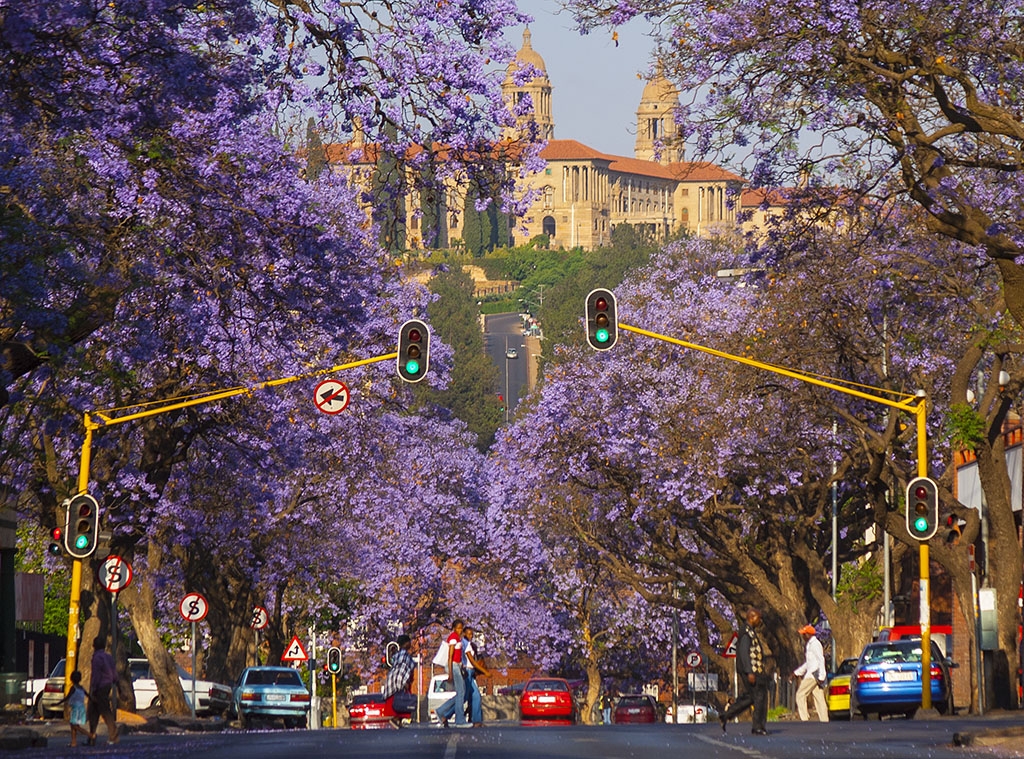 On Wednesday 2 November TV cameras will cover the streets of Pretoria’s inner city as protestors of many colours and backgrounds will march against the reign of President Jacob Zuma. The hashtag #stopthelooting is uniting even the radical Economic Freedom Front of Julius Malema, whose supporters hail mainly from impoverished black areas, and the still mainly white Democratic Alliance. This is a marked difference from earlier anti-Zuma marches, which were largely white middle-class based.

Though still not actually calling their followers to join one and the same protest march, the EFF and the DA are geographically coming closer together than ever before. The EFF, which demands that “State figurehead Jacob Zuma (must) resign after failing to uphold his oath of office and adversely affecting the country economically through bad and criminal choices,” will convene at 8 AM on Church Square in Pretoria, a stone’s throw away from the Pretoria Magistrates Court, where the DA will be heading from the Bosman and Baard streets corner in the other direction, having gathered there at 7.30 AM.

By that time, and on that street corner, they will have already met yet another group of civil society activists who represent anti-Zuma parts of the ANC as well as a range of groupings such as Equal Education, Corruption Watch and Lawyers for Human Rights. The alliance between over a hundred ANC freedom struggle veterans, among whom legends like Denis Goldberg and Ahmed Kathrada, and the civil society groupings, has named itself ‘Save South Africa’ and is led by former ANC activist, politician and business leader Sipho Pityana.

It is this coalition of people from vastly different backgrounds, but united against corruption and for the protection of democracy and the rule of law, that makes these protests so significant. President Zuma has used racial talk of black empowerment and a ‘fight against white monopoly capital’ to justify appointments of vassals to crucial positions in the state and the allocation of state contracts to friendly businessmen like the by now infamous Guptas. Remarkably, however, such talk has failed to help him maintain support from the general population. Seemingly, South Africa’s citizens, black and white, are able to see a thief for what he is: a thief.

That a liberation movement forms a government in a newly independent country, and that that government subsequently becomes corrupt and abusive is, sadly, a well-known and by now rather old development. But South Africa is now joining a new trend, also alluded to elsewhere in this newsletter under the headin ‘Africans Rising’: where a new, broad-based  citizens movement rallies against such a corrupted and abusive regime on a large scale, and with incredible determination.

Jacob Zuma’s grip on the country, meanwhile, seems to be weakening by the day. The latest sign of this is the shameful failed prosecution of Zuma’s least-loved cabinet minister Pravin Gordhan –the one finance minister standing between the President and the key to the treasury’s money reserves- on trumped-up charges. The ‘People’s Assembly Against State Capture,’ in Pretoria, originally planned to support Gordhan and his fellow-accused in this court case , will nevertheless go ahead with a demand for Zuma to step down and for all leaders to respect the Constitution, its laws and the democratic state.