On Sex Work and Actress Bimbos 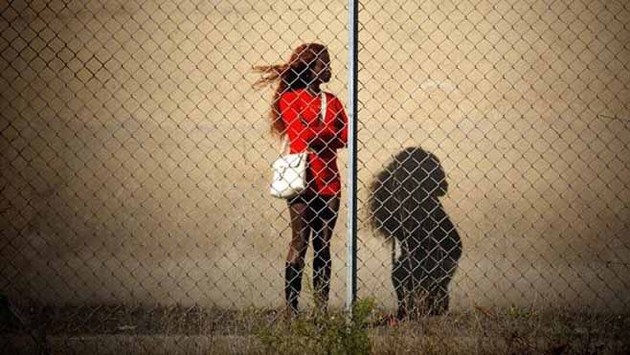 Last week my home girl Jeanie, who is now making it big in New York, Rome and Monaco as what I fancy to be the wealthiest escort-girl of all time, sent me this link to the story of a migrant woman. The intro was catchy. The woman had come from poverty, crossed borders, defied challenges and made many sacrifices to provide for her own needs and those of her family. But as soon as I saw the sentence “I am called illegal, disease spreader, prostitute, criminal, trafficking victim,” I knew what Jeanie was on about. She had clearly read the latest US State Department ‘Trafficking in Persons’ report.

Jeanie doesn’t take kindly to people who want to prevent other people from travelling, or, truth be told, from making money any way they can. “I started in South Central and ended up in St Tropez,” she likes to say, “and I am not going back.” To Jeanie, the anti-human-trafficking people are all paternalistic busybodies who stand in the way of travelling women. She hates the American State Department most of all in this respect. “They even judge other countries on how quickly they catch us and then coat it all in ‘rescue’ language. Hypocrites!”

Arguing with Jeanie about the rationale of immigration policies when it comes to sex workers had proven useless. “Show me a girl who cannot find a market for her services and I’ll show you a dead girl –probably first raped and beaten by a policeman or immigration official,” she would say. She seemed to have seen more atrocities on the streets committed by such officers of the law than by pimps and brothel owners. Which is why she had been quietly working with Amnesty International on their new draft policy calling for decriminalisation of sex work.

Then, on 22 July, some Hollywood celebrities had protested against this. Lena Dunham, Anne Hathaway, even Meryl Streep called on Amnesty International to drop the proposed policy, citing how it would give ‘brothel owners and traffickers’ the green light to further exploit and abuse women. Jeanie, very rarely for her, had been on the phone in tears. Didn’t these actress bimbos get that the main victims of criminalisation are always the women? I had to admit it was hard to see how the likes of Hathaway and Streep would know what life for women in sex work was really like.

Jeanie started to feel better when, in the following days, sex workers from around the world also started to send letters. On 31 July, more than a thousand individuals and organisations had signed support for Amnesty International’s initiative. Uncle Tom, if you must know, has signed too.