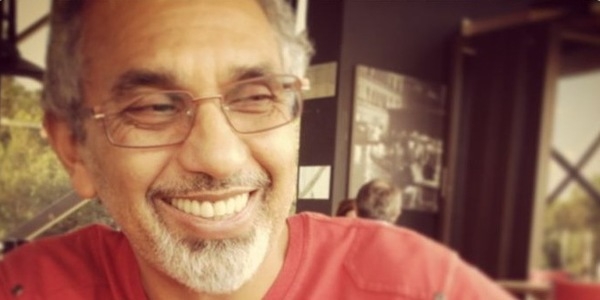 ZAM editor Bart Luirink wonders why his former comrades in the Anti Apartheid Movement are investigated by the South African police.

On Saturday (26 February, 2016), Dutch TV broadcast a remake of a 2010 documentary on the Dutch involvement in the release of Nelson Mandela. The film portrayed Dutch Anti Apartheid Movement chair Conny Braam and her contribution to Operation Vula. This underground ANC operation was aimed primarily at smuggling exiled leaders of the movement into the country. Because of the strong growth of the domestic protest against apartheid in those years -the mid- to late eighties-, the ANC wanted to provide more leadership and coordination was established between the democratic movement, the leadership in exile and Nelson Mandela in prison. The plan was to prepare the opposition for democratic change, which could follow the increasing erosion of the power base of the white regime.

In 1990 the regime showed a willingness to negotiate. The transition to democracy led to the first general election in 1994. Black South Africans could finally go to the polls.

The TV documentary understandably focused on the Dutch involvement with Vula. From 1987, roughly seventy people Dutch were involved in the dramatic transformation of South African resistance fighters. Using motion exercises, make-up, false teeth, wigs and new outfits they assumed a different identity and found their way back to the homeland. There, and in neighbouring countries, meanwhile, several dozen Dutch, Britons and Canadians, were set up in various safe houses. A smart phone avant-la-lettre was developed with help from some Philips employees and communication between Mandela in prison and the ANC leadership in Lusaka was established. Mandela could now inform comrades of the preliminary conversations he had with representatives of the minority regime. The information was sent via London to Amsterdam, where Braam decoded the first messages and then sent to Lusaka. There was also information transmitted via floppy disks that were smuggled by a KLM stewardess.

‘Operation Vula’ was so successful because it took place in secret. For four years, the people involved in this operation managed to evade the sight of the white regime’s security forces. Only a handful of top leaders of the ANC, including then-President Tambo, were informed. Within the Anti-Apartheid Movement Netherlands, where I worked at the time, almost nobody knew of Braams’ double life.

The Operation represented a unique collaboration between South Africans, Dutch and other internationalists. Without wishing to diminish the importance of individual leadership, this showed how much the role of the collective meant. Vula brought together a large number of South Africans of different skin colour, background, social class and education, all invested in a fight against a system of humiliation, dehumanization and violence, and for shared ideals of democracy and equality.

The history of the resistance against apartheid also includes pain, dislocation, betrayal and exhaustion. However, the documentary invoked feelings of nostalgia for the ideals embraced by so many of our generation.

The nostalgia is also triggered by recent developments in South Africa. In recent weeks, a chilling battle has flared up around the management of the institutions of the state. In recent years, President Zuma appointed friends and loyalists in key positions in the national intelligence service, the office of the prosecutor, the Hawks (the major crime unit within the police), the national airline, public broadcasting and the tax authorities.

Until recently, the latter South African Revenue Services (SARS), was the success story of the new South Africa. After the democratic revolution the department was transformed into a public-friendly and efficient machine that reaped billions more than budgeted for years. It became an institution that informal traders took seriously, encouraged entrepreneurship and got the richest to pay taxes as well -thus laying the foundation for a social safety net, large infrastructure projects and the provision of ARVs. The department was able to protect itself from corruption and political interference and cashed in without fear or favour.

This success can be ascribed to a collective which included several converts from ‘the old,’ but the greatest credit must go to two men who had also played a key role in Operation Vula: Pravin Gordhan and Ivan Pillay. The latter I met personally more or less regularly over the years, partly as the spouse of a friend and colleague Evelyn Groenink. Ivan is a man of immense integrity and devotion to the ideal of a just society. I know few people with that much insight into the complex post-apartheid South Africa; he is a free-thinker par excellence.

‘Enemy of the state’

Ivan became interim head of SARS after his boss, Gordhan was appointed finance minister in 2009. Five years later Gordhan was downgraded to a lower cabinet position. It freed the way to also eliminate Ivan. It began with a smear campaign in the Sunday Times, a newspaper that had also frequently been used by intelligence services during the apartheid years. Then, at the end of 2014, Zuma appointed his old friend, -and the babysitter of his children in exile-, Tom Moyane, as head of SARS. Moyane set out to suspend Pillay and intensified the whispering campaign against him, aiming at character assassination and ultimately prosecution.

The numerous allegations against Ivan are considered spurious by most SA media and seem to have been prompted by SARS’ investigations into shady businessmen connected to the presidency and president’s friends, which has been labelled ‘unlawful intelligence gathering.’ An arrest warrant on this basis would have been put together against him by the new head of the Hawks, a former homeland cop, and the new deputy of the prosecutor, both of whom were appointed by Zuma. Reportedly, the accusations label Ivan an “enemy of the state,” which I understand to mean that it will be difficult for him to get bail if it comes to an arrest.

Ivan is not the only one. Several well-functioning leaders within the police -among whom old ANC freedom fighters Anwa Dramat and Robert McBride- were also fired in recent times, and either arrested or threatened with arrest. Key positions within the above-mentioned institutions are now occupied by people from the inner circle of the president. In the background is a family of Indian investors, the Gupta’s, with whom Zuma maintains a close relationship. At stake are contracts in various sectors and interests in a new nuclear project.

The Ministry of Finance managed to escape the seizure of power by this coterie -now commonly referred to as ‘Zupta’-  until December 2015. Zuma then dismissed the minister and replaced him with ANC backbencher Des van Rooyen. The day after the appointment, two associates of Van Rooyen with close ties with the Gupta family came to the ministry to announce they had signing power. Three days later – the Rand had already lost more than ten percent of its value – Zuma was forced to reverse the appointment after officials refused to submit to this arrangement. The President had committed a capital blunder and now had no other choice than appoint Pravin Gordhan as Minister of Finance again.

Since then, Gordhan has worked with immeasurable energy to repair the damage. His budget speech last week, made under great strain and in a very short space of time was well received. He refused to participate in a Gupta family ‘news breakfast’ sponsored by The New Age newspaper that is their property.

He is receiving some support. Vice president Cyril Ramaphosa turned against what is now termed ‘state capture,’ in a few carefully worded comments to the Sunday Times. Jessie Duarte, a member of the executive committee of the ANC, invited Ivan Pillay -and also Anwa Dramat and Robert McBride-,  to join her at the opening of parliament. It was no less than a raised finger to Zuma which did not escape the media.

It was only a few days later that the Hawks delivered their ‘questionnaire’ to Gordhan. He was asked to respond to the many accusations that have been spread in recent times, with a ‘crime against the state’ charge, like in Ivans case, as a possible consequence. Gordhan dismissed the letter as an attempt to disrupt the preparations for his budget appearance in parliament, scheduled for last week Wednesday, the 24th.

Thankfully, more support has emerged since. The Secretary General of the ANC, Gwede Mantashe has expressed his confidence in Gordhan. When questioned by reporters what he would do if he was Finance Minister, former incumbent of the position Trevor Manuel -also an old ANC comrade- said that he would “dismiss Tom Moyane  in 20 seconds.”

But to dismiss Moyane is not going to be simple. Former President Thabo Mbeki, who -like Zuma now- also exhibited signs of paranoia, centralized power over such appointments during his time and ever since, heads of vital state institutions can only be appointed by the President. In Mbeki’s time, this led -in combination with the uproar over billions-devouring arms purchases and Mbeki’s murderous disruption of AIDS treatment measures-, to the first abuse of state institutions in the fight against political opponents in the new South Africa, and to his -Mbeki’s- downfall.

Jacob Zuma managed to seize power on the waves of the broad anti-Mbeki sentiment. It is a bitter irony, therefore, that the excesses that were started during the Mbeki era continued with great enthusiasm by Zuma and were further elevated to policy.

Gordhan can thus not simply dismiss Moyane: Zuma will refuse it. And Moyane, feeling supported in his mission to get rid of the ‘old SARS,’ will likely continue to campaign, with his friends in the Hawks and the NPA, against the men the ‘Zuptas’ now regard as enemies of their state.

Thankfully again, the actions and statements of various ANC players indicate a growing courage to stand up to Zuma. Unlike in the power struggle between Mbeki and Zuma in 2007, today’s fight is not about two individuals. It is about a choice between democracy and the looming kleptocracy, which Gordhan warned against last Friday. The opposition to kleptocracy is headed by people who also led the freedom struggle in the apartheid days. It is painful that they are now targeted by a clique of unscrupulous grabbers in their own circles.