A Witchcraft Meeting in Accra 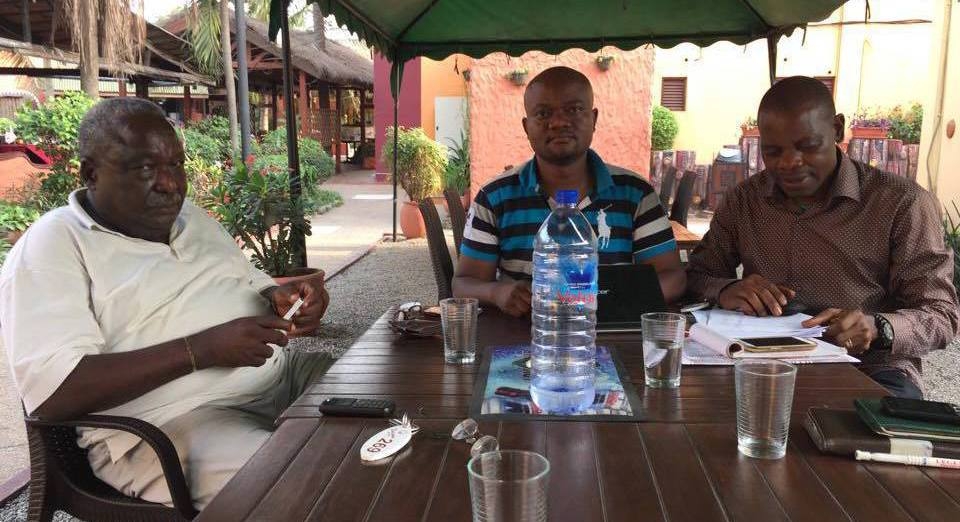 "Honestly, couldn’t we have done this on Skype?” inquires one of the team members after our first meeting. Comparing notes has been a cautious and not very exciting exercise at first. We only know other team members from social media and are still getting to know one another in real life.

Seated around a large table on the hotel terrace in a warm, windless Accra, Fidelis Mac-Leva talks about himself and his job as an investigative journalist for the Nigerian Daily Trust. His newspaper is known for its independent and reliable reporting – exceptional in his country.

The newspaper represented by Alberique Houndjo from Benin represents the other end of the journalistic spectrum. His media house survives thanks to partnerships with local governments and politicians. The journalists get paid for attending press conferences, which means that there can never be a bad word about the hands that feed them.

Chief Bisong Etahoben does not talk much about his newspaper, The Weekly Post. He prefers to focus on witchcraft, the subject of our investigative team meeting here in Accra. Chief is not only a journalist, but also a traditional leader in his village in Cameroon. Is that not a conflict of interest, asks Mac-Leva. "Ah," says Chief. "In my village, I am Chief. Away from it, I’m a journalist.”

"Seriously, we could never have done this on Skype," is the conclusion after the second meeting. Enthusiasm has infused our team. We feel that what we are doing is crucial; we have even started talking about a ‘witchcraft revolution'. This is very different from yesterday. Yesterday, we did not know one another; now we are finding each other in many ways. We dare to be more personal, to go deeper – to be more critical, too.

When the word ‘change’ falls, we almost jump out of our seats. Yes! We must not just publish the far-reaching negative consequences of witchcraft and then forget about it. We must also put the issue on the agenda of governments, traditional leaders and established churches. We want to become part of the process.

So we conclude our workshop with a manifesto about the ‘Witchcraft Revolution'.

Read all about it, soon, on ZAM.