The other side of Tokyo Sexwale 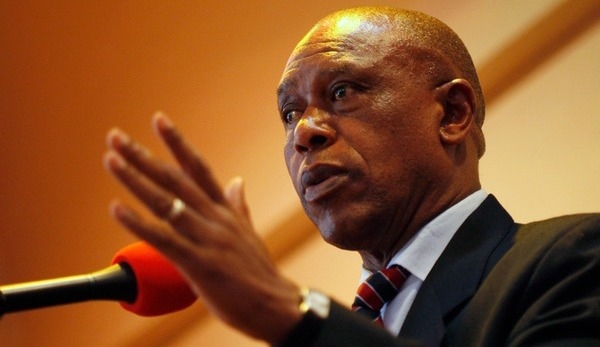 Based on the average track record of FIFA presidents so far, Tokyo Sexwale seems the perfect candidate.

He is charming, charismatic, great at meetings and has extensive experience in deal-making –even if his plans, like the million houses he promised to build for the poor in South Africa, don’t always actually materialise. But one thing is sure –and this alone would make him a great fit with many other FIFA dignitaries-: whatever he undertakes generally results in fabulous wealth for himself.

International media reports have profiled FIFA presidential candidate Tokyo Sexwale mainly as an anti-apartheid struggle hero, making much of the time he spent in jail on Robben Island and his reported friendship with legendary freedom fighter Chris Hani. Whist it is true that he did oppose apartheid and ended up in jail, -and he certainly did meet Chris Hani when both men became neighbours in the same suburb that housed many former exiles and prisoners after the demise of apartheid-, most South Africans are more au fait with his history post-1990.

They remember, for example, the million houses that he promised to build for the poor in Gauteng province, which he led as prime minister between 1994 and 1998, a plan marketed to him by a rather dodgy construction company that heavily upset more realistic strategies to create affordable housing at the time. (In the end, nowhere were there fewer houses built during this period than in Gauteng province.) Or his friendships with French arms-, oil-, and –diamond tycoon Jean-Yves Ollivier and associates of his in French and South African secret services, which developed in tandem with ‘Tokyo’s’ own acquisitions of diamond mines and subsequent fabulous wealth (estimated at US$ 200 million). Or reports (among others, written by me) that some of these friends and associates had featured in the background of murders of anti-apartheid freedom fighters like Chris Hani.

As for me, I mainly remember that he issued a stern warning to me once to stop my investigation into the Hani murder. “Journalists don’t know how to protect themselves,” he had told me then, one morning in his Mvelaphanda Diamonds office in Rosebank, Johannesburg. “It is very easy to make something like a car accident happen to them.” He also told me not to tell anyone else what he said to me that day. “Or we will no longer be friends.”

But we had never been friends in the first place.