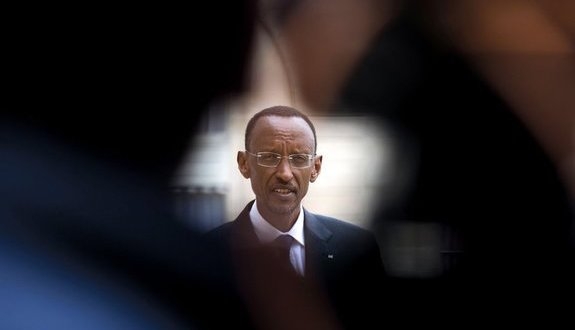 At the occasion of Rwanda Day in the Netherlands on 3 October supporters of that country’s President Paul Kagame targeted known opposition-friendly journalist Anneke Verbraeken and snatched the phone she used to take photographs of a pro-Kagame demonstration outside the Amsterdam venue. “It’s not so much the phone itself, it’s the fact that it contains many contacts of mine in Rwanda,” says Verbraeken. “It is very worrying that these are now in the hands of the regime.”  Other journalists, among whom a Belgian TV crew, were also harassed and another two journalists’ phones were also stolen.

The Kagame government is not known for its democratic openness with regard to the opposition. According to Human Rights Watch, scores of people who have criticised the regime have been arrested and are in jail, often without charge or dossier.

President Paul Kagame came to power after the 1994 genocide in Rwanda during which the former Hutu-led regime and its militias carried out massacres among the Tutsis, the other main ethnic group in the country. It is estimated that a million Tutsi’s and moderate Hutus lost their lives during the period of the genocide. Kagame, a Tutsi himself, and his Rwandese Patriotic Front have lead Rwanda since then.

Paul Kagame does this, even his supporters agree, with an iron fist. “From his time in exile in Uganda, where he fought in the army of (now president) Museveni, he has always been a military man,” says Verbraeken. “He has also always been a secret service functionary –a securocrat. He really believes he will lead Rwanda into a shiny future and that everybody must just do as he tells them.”

At the Rwanda day event in Amsterdam, Kagame sharply mocked those who want ‘debate’ in his society. He pointed at improvements such as urbanisation, high buildings, clean streets and hospitals and said that those who want to stop ‘blowing their whistles outside’ are welcome to come home and help build the country. “What he doesn’t say is that they cleaned the streets of (the capital) Kigali by simply arresting and detaining hundreds of street children, hawkers and shoe shiners. They are also just imprisoned without charge.”

Verbraeken finds it especially worrying that Kagame’s ‘guards’ can apparently operate with impunity as far as Amsterdam. “It wasn’t just me. Kagame’s men were photographing everyone, but no one else was allowed to take photographs. They harassed me and stole my phone outside, on the public road. There were two things wrong with that: one, a journalist could not do her work in a public space in Amsterdam, and two, my contacts –sources- were violated and could now be in danger.”

Find an open letter she wrote to Foreign Affairs minister Koenders, with the support of the two main Dutch journalism organisations and a number of media houses, here.