Best book | Teju Cole’s Every Day is for the Thief 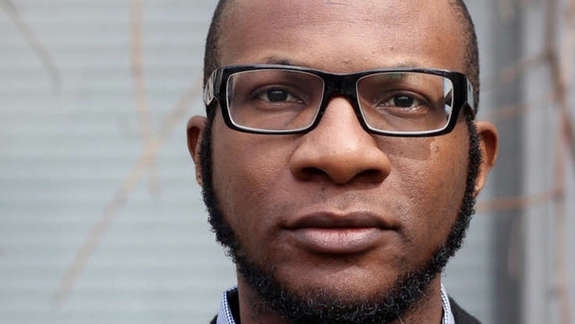 The significance of Teju Cole’s Every Day is for the Thief lies in the refusal of the author to buy into this back-and-forth discourse.  The book is a report  -in thrilling prose- on the author’s visit to Lagos, the city where he grew up.  Whilst reading it, it soon becomes clear that if Cole had any ideological baggage that could possibly influence his view, he left it in New York, the city he has resided in for many years now. He has no interest in answering the question whether Africa is ‘rising’ or ‘hopeless’. Cole watches.

In this way, the never-ending traffic jams in the city appear to us, as do the gobsmacking descriptions of piracy in the music scene. And corruption, organ trade and insanely spreading manifestations of religiosity, as well as the poisonous mix of hypocrisy, self enrichment and the pain of a disintegrated family. The story of the purchase of a new television and satellite dish shows that, even if you can’t receive the signal, ‘the idea was good’.

What Cole sees is different from what Dutch architect Rem Koolhaas projected in his film Lagos Wide & Close (2001), in which the city receives massive praise and every problem is converted into an inspiring opportunity. I do not know Lagos, but I am left with a strong suspicion that the force of reality is stronger in Cole’s book.

Upon his return to New York, the jetlag keeps the author awake and the book ends with a memory that penetrates through the sleepless night. It is an image, apparently clearer from a distance, of a small street with open sewage and rusty roofs. But it is a street with ‘dignity’: it is both ‘scary’ and ‘pure’. It ‘energizes’ you, without making you ‘happy’.  He remembers seeing objects in the streets garages. He had first thought these were boats, but on closer view they had been coffins. It is ‘the street where inhabitants of Lagos go to when someone has died. If the deceased was old, they come with pomp and splendour and order the most expensive coffin to celebrate this human life. (...) But if the loved one was young, and his life was cut short, the rituals are conducted in the discrete shadow of grief and the simplest coffin is used.’

Cole becomes aware of a sense of ‘wholeness’; there is a comforting realisation that ‘things are in order’.  We are past the chaos. When the author reaches the end of the street, he hesitates to return to the ‘usual city noise’. But he also knows that this is a street where one cannot stay.