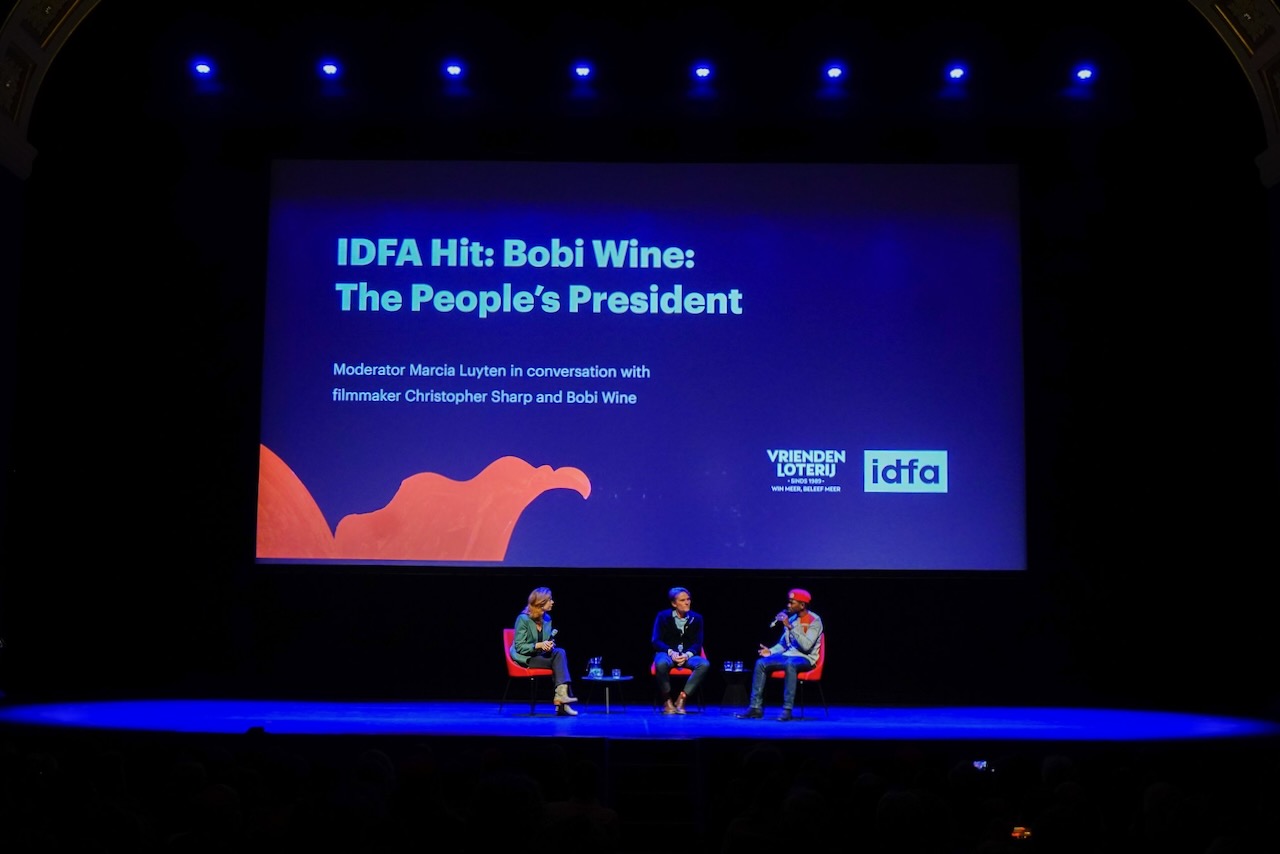 Close to 2000 people welcomed Ugandan pop star Robert Kyagulanyi, more famously known as Bobi Wine, after a screening in Amsterdam’s Carré Theatre, while even more attended other screenings across the city. Many of them voted for the documentary, made by Moses Bwayo and Christopher Sharp. With 9488 votes, The People's President fell just 31 votes short of becoming this year's winner.

Since losing the election in January 2021 amid sustained violence and serious irregularities, Wine has continued to campaign against abuses of power, theft of resources and violence against activists. With his eye firmly set on the next presidential campaign, the rapper-turned-politician is busy cultivating international support. His message to the audiences he meets is simple: push your governments to stop sponsoring our oppressors. In Wine's opinion, most development aid – including the police vehicles paid for by the Netherlands which were used to disperse peaceful citizens – serves to legitimise autocratic regimes and helps line regime pockets.