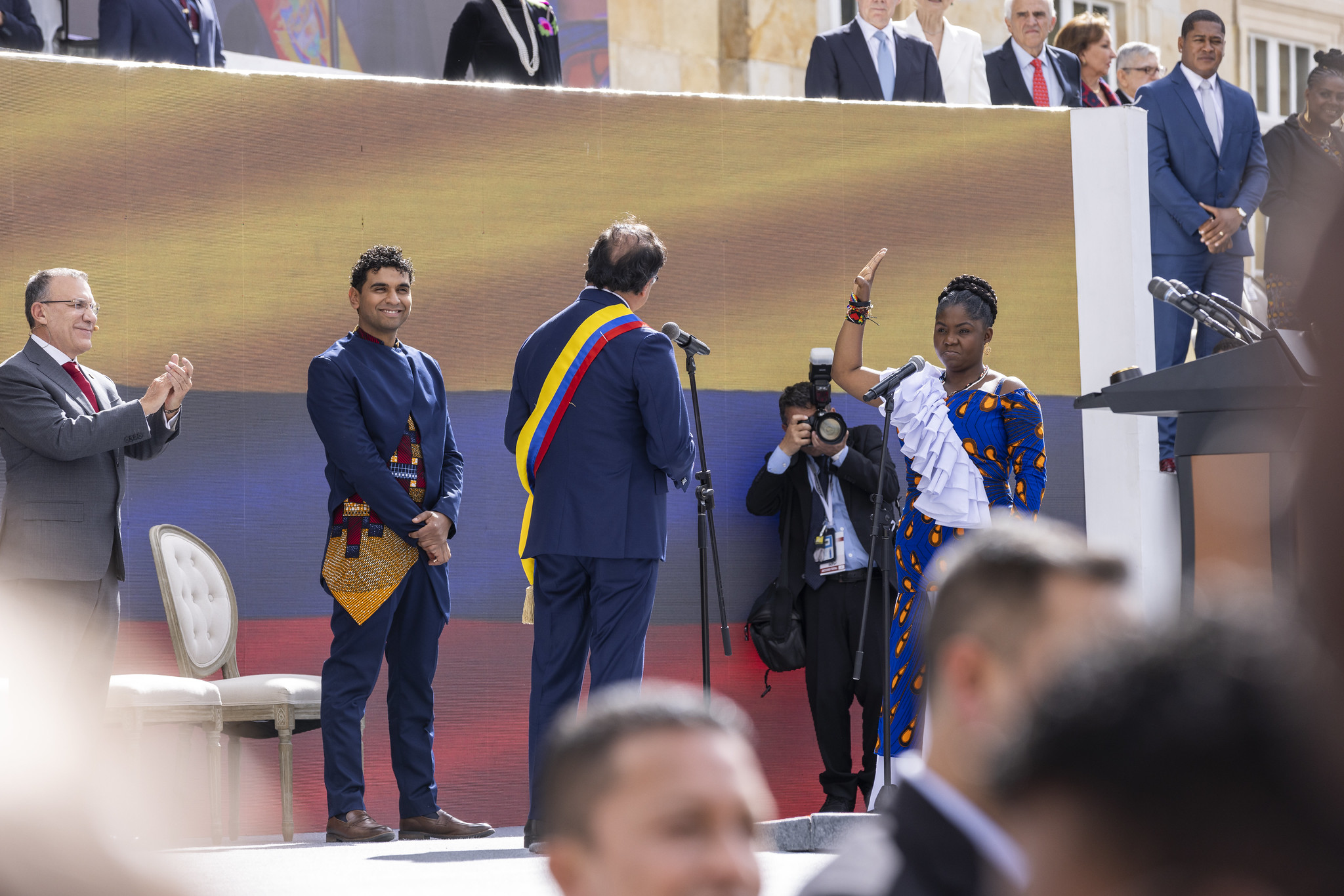 Colombia is often overlooked as a nation of interest because of its reputation of violence. Its negative standing results mainly from the decades-long armed conflict between previous governments and the Marxist-Leninist group FARC. The conflict has been linked to the production and export of illicit drugs. It ended with the signing of a peqace agreement in 2016.

Despite such a reputation, the country is an important regional economic hub. In 2021, its GDP was US$315 billion, the third largest in South America, after Brazil and Argentina. The International Monetary Fundpredicts that the country’s economy will grow at 5.8% in 2022.

The election of Petro and Márquez provides three opportunities for stronger Africa-Colombia relations that can yield mutual benefits. These are Colombia’s cultural and historical ties with Africa, strong trade potential and south-south cooperation.

The Afro-Colombian community includes 4,7 million people, around 10% of Colombia’s population of 51 million. They are the descendants of Africans who came to Colombia during the transatlantic slave trade.

Colombia lags considerably behind countries like Brazil in trade and political ties with Africa. Colombia and African nations can better explore and exploit their comparative advantages in goods and services.

Their trade volumes are still low, showing a significant opportunity for new commercial relations. In 2021, Colombia imported around $150 million in goods and services from Africa, only 0.25% of its total imports. Its exports to Africa were around $400 million, only 0.98% of its exports. No African country features among Colombia’s top 30 trading partners.

In his inaugural speech, Petro said Colombia would seek to build stronger economic alliances with African countries. Colombia’s focus on energy, mining and agrifood means that African countries have much to gain from partnerships with it.

Visa systems on both sides need to be relaxed. South Africa, for example, does not have an embassy in Bogotá. Its diplomatic relations with Colombia are led by its embassy in Caracas, Venezuela. The countries have had a healthy relationship since 1994, but it has often faced difficulties in getting visas.

During the election campaign and her activist history, Márquez often used the African idea of ubuntu (humanness) to promote interdependence within (and between) societies.

Colombia could also look to Africa for lessons, share experiences and identify opportunities to deal with land use and distribution. Márquez has presented views that show the importance of dealing with land issues in a way that empowers poor people.

Technical cooperation programmes can be essential in realising the potential benefits of interdependence. For instance, Colombia has a long experience in developing public transport systems. These have become essential for social integration and environmental sustainability.

Cities like Medellín have already become an example of how to provide efficient public transport for poor urban neighbourhoods.

Colombia’s Agency of International Cooperation has already signed a framework agreement with the African Union Development Agency to bolster technical assistance in Africa.

African countries should seek further interactions with the global south to increase their voice and agency in pursuit of a fairer international order. For instance, agriculture, food security and climate change are important areas where Colombia and the African continent could jointly influence global discussions that directly affect the developing world.

Colombia’s chargé d’affaires to South Africa, Jose Ignacio Julião Alí, told me the new moment “marks an opportunity to close gaps between emerging countries with similar challenges, in terms of social cohesion and reconciliation, climate and environmental focus as part of megadiverse regions.”

The world’s economic relationships are shifting and new powers such as China, Brazil and India are rising. Petro’s and Márquez’s election offers a chance to deepen Africa-Colombia relations and cooperation.

Gustavo de Carvalho is a Research Fellow at Institute for Global African Affairs, University of Johannesburg

This piece was first published in The Conversation.