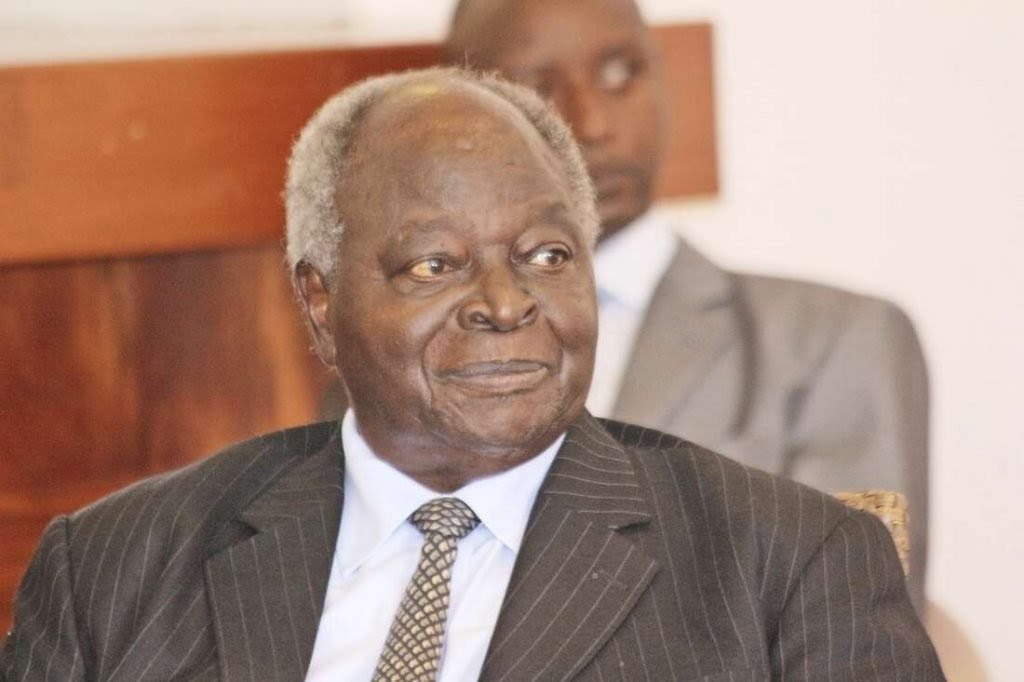 Emilio Stanley Mwai Kibaki, who has died at the age of 90, was born of November 15,1931 in Othaya, Nyeri, in the central highlands of Kenya. He spent a lifetime in public service. He served as president of Kenya – the third after independence – from 2002 to 2013, a critical period in Kenya’s transition from a one party state to democracy. He also served as the fourth vice-president (1978 to 1988) under President Daniel arap Moi.

To his friends and admirers, Kibaki was a gentleman who survived the murky Kenyan politics unscathed. The qualities he was respected for included being a consensus builder and a man of integrity.

He was recognised for being an efficient economist who helped steer Kenya’s economy to greater heights and, as president of Kenya, had a moment in history to positively change the country.

To Kibaki’s detractors, however, he was a coward and indecisive politician who, in the face of political storms, never saw a fence he did not want to sit on. He was derided as a conformist and loyalist who never raised a finger against the gross excesses of the political system, which he served to the hilt.

It was Kibaki, for instance, who moved the motion that made Kenya a single-party state by law in 1982. Similarly, at the height of the clamour for political pluralism in 1991, Kibaki remarked that attempting to remove the Kenya African National Union (KANU) from power was tantamount to attempting to cut a mugumo (fig) tree using a razor blade. Yet a few weeks after this statement, he jumped ship from the government to set up an opposition party.

Kibaki was educated at Makarere University, where he studied economics, history, and political science, and at the London School of Economics, where he studied public finance. Kibaki served a short stint as assistant lecturer in the department of economics at Makerere University before resigning in 1961 to take up the position of executive officer of the Kenya African National Union (KANU).

In 1963, he was elected member of parliament for Donholm constituency in Nairobi (now Makadara). But after stiff competition emerged, he moved his political base to his native Othaya constituency in Nyeri in 1974, which he represented until his retirement in 2013.

Kibaki served in various government capacities. From assistant minister for finance in 1963, he rose to full minister in 1966, serving in various portfolios between 1966 and 1991. These included commerce and industry, finance and economic planning, home affairs, and health.

As early as 1974, Time magazine ranked Kibaki among the top 100 individuals around the world likely to become head of state.

When Moi succeeded Jomo Kenyatta as Kenya’s president in 1978, he appointed Kibaki his vice president. He was suddenly dropped 10 years later.

Kibaki quietly settled in his demoted role as minister for health from 1988 to 1991. Following the reintroduction of multiparty politics in 1991, he quit the Kenya African National Union and his ministerial position on Christmas Eve in 1991 to found the democratic party. He ran – unsuccessfully – for president in 1992 and 1997.

He was finally elected president in December 2002 on a grand coalition ticket.

Kibaki’s leadership, especially as a two-term president, had a number of noteworthy successes.

The first major one was infrastructural development, especially road construction. Emblematic of this was the construction of the Thika superhighway. The 44.5km highway that links Nairobi to Thika, an industrial town in Kiambu County, central Kenya.

Second was the introduction of free primary school education. An estimated 1 million children enrolled in school who would otherwise not have been able to afford to do so.

Third was the introduction of the Constituency Development Fund. Through this a slice of the national revenue is distributed annually to parliamentary constituencies to fund development projects and programmes determined at the constituency level. If managed well, the idea has the potential to revolutionise rural development.

Fourth, and perhaps most important, was the revival of the economy from decades of mismanagement. During his first term, the country’s GDP growth rate rose from 0.6% when he took over to 7% at the end of his first term.

But Kibaki’s presidency was also tempered with a series of monumental failures.

He assumed the presidency under circumstances which could have dealt with the scourge of negative ethnicity. The National Rainbow Coalition that assured his electoral victory was overseen by an Organ knows as the Summit.

Soon after electoral victory, the Summit was shunted aside. An assortment of the central figures of the Jomo Kenyatta regime – all of them Kikuyu – were reconstituted as Kibaki’s main advisers. This led to the reemergence of the so-called that Mount Kenya Mafia dominated the Kibaki presidency.

Second, and a corollary to the above, was the dishonouring of the memorandum of understanding that had laid the basis for the National Alliance Rainbow Coalition and opposition unity.

This included the promise that Kenya would have a new constitution within the first 100 days of the Kibaki administration. But the undertaking was abandoned. Instead, three years down the road, Kenyans were presented with a draft constitution so mutilated and watered down that they in rejected it in a referendum in 2005.

Within two years the euphoria that had accompanied Kibaki’s ascension to the presidency swiftly dissipated into gloom and disenchantment. The criticism that this triggered was that the Kibaki regime was bent on self-destruction.

The third failure was the lack of commitment to genuinely fight corruption despite having campaigned on a reform and anticorruption platform. Instead, Kibaki abetted and condoned corruption by an inner circle of his cabinet ministers.

In one case of questionable procurement contracts in the ministry of defence and calls for the sacking of the minister in charge, Kibaki simply transferred the errant minister to another portfolio.

In another case wherein a minister was accused of conflict of interest and abuse of office for private gain and amid an uproar against the minister, Kibaki is reported to have rhetorically asked, of no one in particular, whose goat the minister had eaten! He clearly didn’t see the misdemeanour in terms of resources that had been stolen from the Kenyan people.

The final, and perhaps the most ignominious legacy on the part of President Kibaki was the blatant rigging of the 2007 presidential election.

The violence that the stolen election caused pushed the country to the brink. More than 1,300 people were killed and more than 500,000 displaced. Had the international community not swiftly intervened to facilitate a power sharing agreement, there is no saying what might have become of Kenya.

Arguably, therefore, his able stewardship of the economy notwithstanding, Kibaki will be remembered as the president who squandered a historic opportunity to remake Kenya and ended up plunging the country into unmitigated chaos, all for the sake of clinging onto power following an apparent electoral loss.

Shadrack Wanjala Nasong’o is a professor at Rhodes College.

This article was first published in The Conversation.