Peter Mutasa: “Everything in Zimbabwe has been captured.” 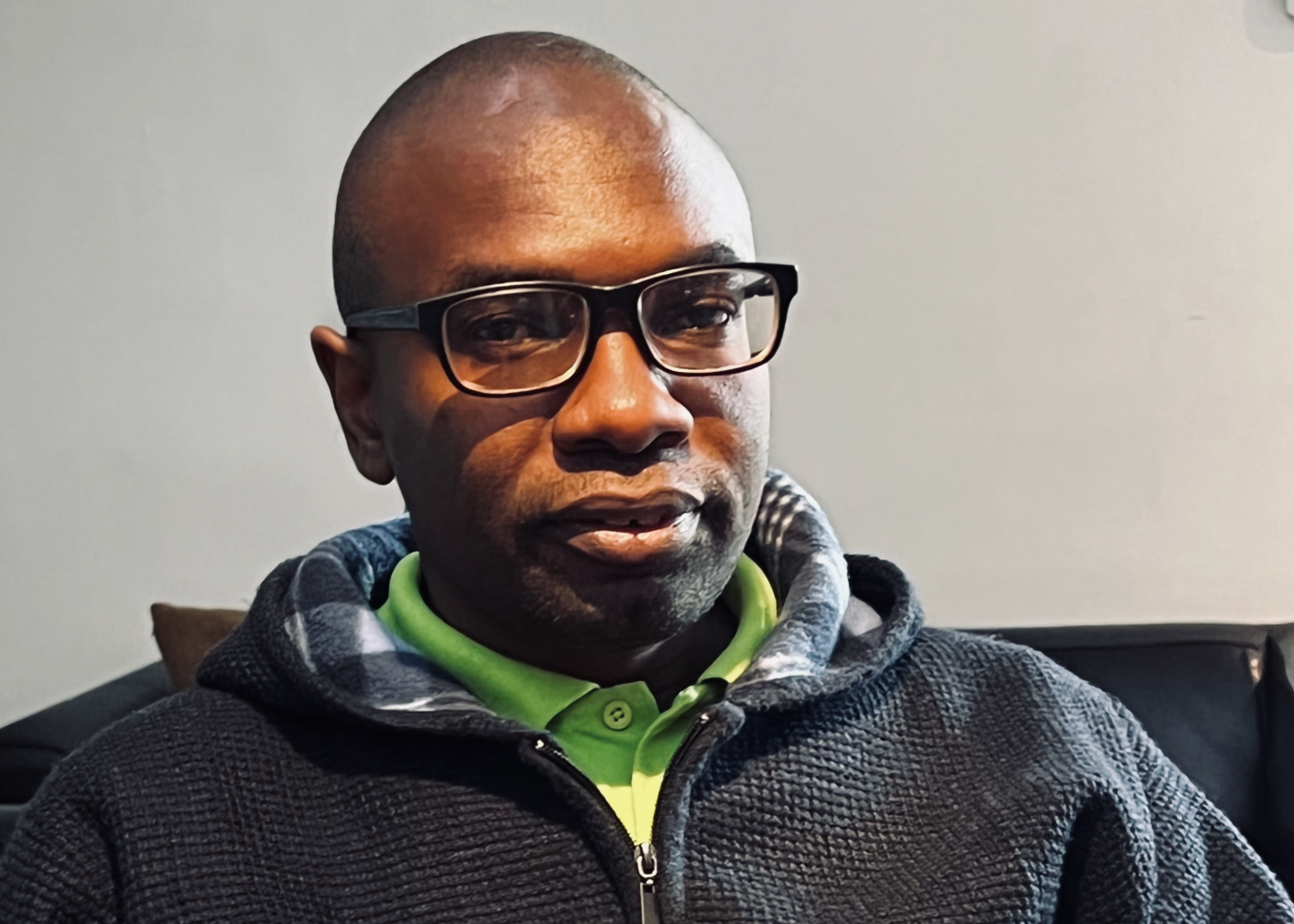 In this Zimbabwean activist’s view todays’ rulers of the country are no different from the colonial settlers.

On April 12, Zimbabwean activist Peter Mutasa was presented with the Febe Elizabeth Velásquez Trade Union Rights Prize, which had been awarded to him a year earlier by the Federation of Dutch Trade Unions (FNV).

With the prize, named after the murdered Salvadoran trade union leader Febe Elizabeth Vélasquez (1962-1989), the FNV honours people who have dedicated themselves in a special way and often at personal risk to the defence of trade union rights.

Mutasa can speak about those risks. During a meeting in the ZAM studio the day after the award ceremony, he summarized in a calm, almost unemotional tone the hardships he and his family had been exposed to in recent years: fired from a Board he criticised for self-enrichment, arrested during a successful strike he had called for, prosecuted for high treason, and, almost, kidnapped.

Mutasa joined the bank workers' union in 1998. In 2008, he was elected president of the union; four years later, he assumed leadership of the union federation. He has since become president of the Crisis in Zimbabwe Coalition, an alliance of over eighty civil society organizations.

But it's not personal risks and his career that Mutasa likes to talk about. What preoccupies him most of all is asking: what is the analysis? Why has the opposition to an increasingly autocratic Robert Mugabe regime been sidelined every time since its rise to power in the 1990s? Why were election results successfully rigged each time by the ruling ZANU-pf? How did Mugabe's closest aides manage to turn a popular uprising against his regime into a military coup? How did the new rulers then completely sideline the still partially independent judiciary?

"I stand," says Mutasa, "as it were between two generations. I was not yet born during the independence struggle in the 1970s but underwent my political awakening thanks to people like Morgan Tsvangirai (the now deceased trade union and opposition leader, who did participate in that struggle). And I am not one of the young generations to which a majority of our population can be counted. Morgan taught me that fighting for change is a long-term thing. But young people want quick solutions."

The vast majority of people are unemployed. Official statistics show that after Bolivia, Zimbabwe has the second largest informal industry in the world with 87% participation. Millions of people live without significant income, below the poverty line. "Of course, we have always been aware of this social reality," Mutasa explains. "But in our campaigns, terms like rule of law and constitutionalism were central. Who understands those terms? Many people don't realize how much those lofty principles have to do with their daily concerns like bread on the table, good health care and education. We need to go back to the people and make ourselves interpreters of their concerns." That's lesson 1 in the analysis.

There is something else at play. Never do those in power miss an opportunity to cast their theft of state resources in pseudo revolutionary jargon. "The government, the judiciary, the electoral commission, the security forces, the media - everything has been hijacked by those in power. If I report physical abuse by a member of the ruling party, they lock me up for disturbing the peace. Anyone who criticizes the government is accused of being an accomplice of the West."

Zimbabwe is treasure trove, Mutasa says. "Our soil has as many as 63 minerals. There is chromium, platinum, lithium, gold, what not. But the gold mines have been liberalized - how revolutionary is that? In their propaganda they claim that everyone can now mine well. But in practice the proceeds disappear into the pockets of people who belong to the clique. Or the Chinese. Or the Russians.

Not long ago, Mutasa was offered a farm. He was even promised farming tools and a loan from the bank. "That's how it works," he sighs. "And I understand that many people succumb to the temptation." But what was presented as a sweeping redistribution of land that would end over many years of white privilege was nothing more than a system of sophisticated co-optation. With the distribution of land, those in power bought off critics. With the complete dismantling of the 320,000-strong farmworkers union as a result. "The new owners won't tolerate a union on their land," the union activist sighs.

He turned down the offer.