Lord Farquaad's failed coup: How the hungry were used to ‘fight for Zuma’ 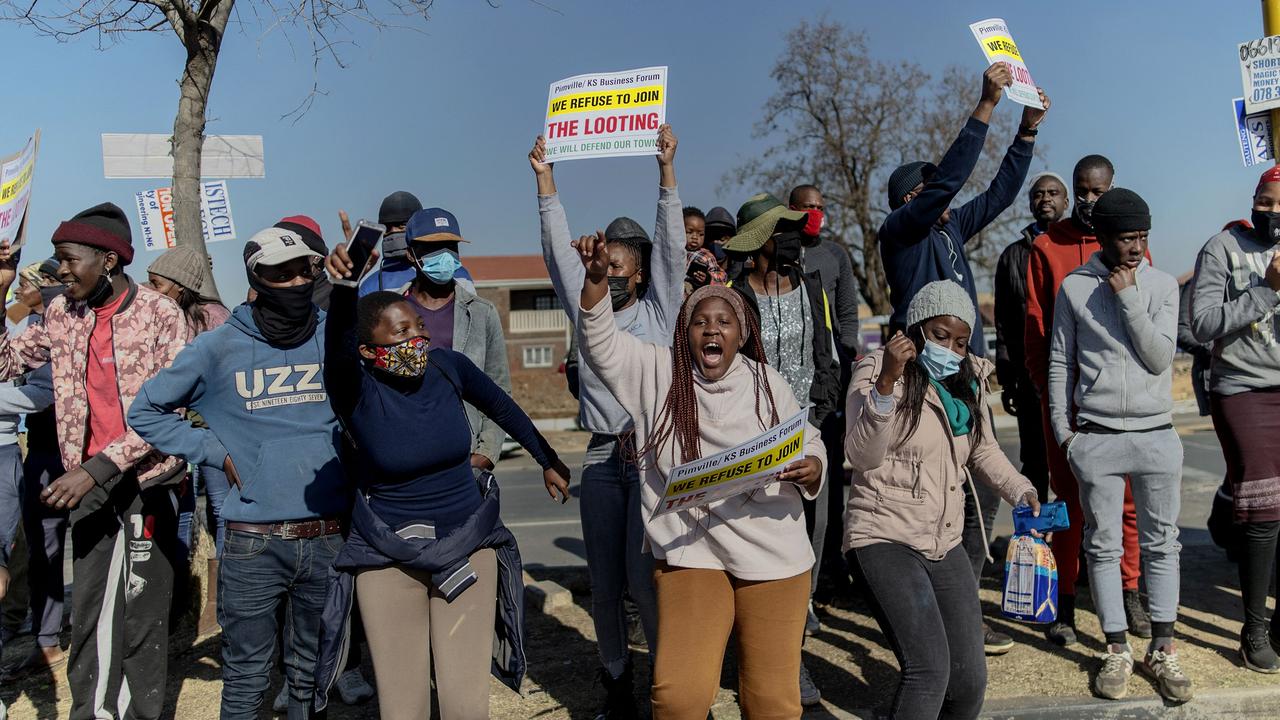 One meme that has been circulated widely during the rioting and looting in South Africa is of an evil king – Lord Farquaad from Shrek – standing on his palace balcony, exhorting his troops to go fight for something he wants, saying: ‘Some of you may die, but that is a sacrifice I am willing to make’.

South Africa’s plunder king and his family, the Zuma’s of Nkandla, and their accomplices in the state, are Lord Farquaad. Having written the textbook on looting – ‘Radical Economic Transformation’ as they call it, which delivered over 50 billion Rands from state coffers to them and their associates – they instigated the current riots. And not just with a few incendiary tweets. Recent news reports have mentioned1 that this could have been an actual coup, involving Zuma-loyalists in the intelligence services, provincial municipal leaders, the police and the criminal underworld (extortion gangs2 and taxi mafias have for a long time been part of Zuma’s streetwise network).

While desperate poverty and inequality were (and remain) a powder keg that was very easily lit, what happened was more than just striking a match. Fires have been set on targets that would not normally attract a hungry people: electricity sub stations, cell phone towers, community radio stations, water plants. In a radio interview on Thursday morning, police minister Bheki Cele mentioned that burning hospitals and the KwaZulu Natal legislature had also been on the instigators’ agenda (he did, however, not explain why his own police remained largely passive to do anything about these things for days, especially in Zuma’s home province of KwaZulu Natal).

Sacrificing the poor was something that the previous regime’s kingpins never had a problem with. Not when they presided over broken roads, broken public transport, broken electricity supply, broken water pipes, during the nine years before 2018, when unemployment went from 22 to over 32 percent, into a situation where three quarters of the youth now can’t find jobs and misery is so rampant that, as Tshabalira Lebakeng3 writes in South Africa’s Daily Maverick, you cannot put a bag of groceries down on the pavement – it will be gone. And that is normal life, when there is no unrest.

The instigators had no problem with sending the poor into more destruction now. Not for them the cold nights, where it gets below zero degrees in mid-winter in this country; the stampedes that trample prams and toddlers, the fires that entrap people in buildings, the individuals (whether police or armed civilians) who may shoot you, the police vans, arrests and cold cells, where you will sit without bail, because the National Prosecuting Authority has said that looters won’t get that.

Remarkably, most of the people who were out on the streets seem to know this. In his recent eye witness piece Lebakeng notes that none of those who came back from shops at night with fully laden trolleys expressed any sentiment related to Jacob Zuma. None of them said anything about that. No matter how much first daughter Duduzile ‘Ivanka’ Zuma has been tweeting pictures of flames and machine guns to illustrate that all this was righteous anger at her father’s imprisonment, the ‘Free Zuma’ slogan has neither been heard or spotted in the streets of Gauteng, and not even that much in KwaZulu Natal. KwaZulu Natal purportedly loves Jacob Zuma because he is – as his family doesn’t stop saying – ‘100 per cent Zulu’ like them. But even there, the ethnic pro-Zuma element has not been as present as the instigators would like it to be. There is one picture of a big rock with ‘Zuma’ on it, taken on a street somewhere. That’s it.

Most of the looters’ faces, shown on clips all over social media, are of just people; in majority an exploited, abused, hungry people. The little boy tentatively stepping into a Mr Price to get a t-shirt and underpants for himself. The granny looking around in a plundered pharmacy for the meds she needs. The mother coming out of a supermarket with beans and meat, explaining that she is not a bad person, she just needs to feed her children. The four young men dragging an ice cream freezer because they have tried to start an ice cream business for years, but have never managed to save up enough to buy even this.

South Africa was a massively unequal country to begin with. Colonialism and apartheid dispossessed the black majority while enriching privileged whites. But the sad part is that subsequent ANC governments, since the first democratic elections in 1994, did not achieve significant change. Though inequality and black poverty were dented at first, general redress remained out of reach. Then, under Zuma’s reign, from 2009 to 2018, things became even worse. A lot worse. There is real hunger in many destitute areas now. And the developmental state once dreamed of, the state that could provide jobs, education, housing, safety and education for all, seems further away than ever before in the past thirty post-apartheid years.

Encouraging a dispossessed people to get out and take things ‘for Zuma’, ensuring them it was OK, that the police would not stand in their way – many reports from KwaZulu Natal say that this happened – was always going to succeed, but not because of Zuma.

But there were those who were, and are, literally, deadly serious about getting Zuma out of jail, and restoring the infamous kleptocrat to the position of big leader. To list some of the main players:

The same WhatsApp group, consisting of neighbourhood activists in KwaZulu Natal, contains reports that the attacks on businesses were not a by-product of general unrest, but a well-coordinated set of activities, with people ‘told hours beforehand which shopping centres to target’, ‘transported in buses’, and assured that ‘they would be protected’.

Meanwhile, president Cyril Ramaphosa, and many of his fellow ministers and ANC leaders seem to be hiding under the table, awkwardly smiling at their treacherous colleagues in the corner. Retaining ‘unity’ in the ruling party has in past years trumped much necessary action that should have been taken against corruption and for rebuilding the public service. It counts in Ramaphosa’s favour that he has taken a line that is consistent with what courts have ruled: he has not let Zuma out of jail, he has suspended ‘SG’ Magashule for facing charges of corruption. The ANC under his leadership recently suspended Carl Niehaus, too. But there doesn’t seem much prospect of Ramaphosa going much further than this, as the powder keg remains, and the kleptocrat networks are still powerful in his own party.

The good thing about South Africa is that there are so many good South Africans. ‘This Zuma belongs in jail and if he fights us we must fight,’ says a 23 year old in a Soweto WhatsApp group. The offers on social media of help to rebuild increase by ten every few minutes. ‘I can bring rubbish bags,’ says one woman in response to a clean up call in her neighbourhood. ‘I have a building company, message me if your shop needs me, I won’t charge’, says another. ‘I can’t do much but I can send money’, says a third. A fourth offers medicine supplies for the sick, and transport of same. An app that indicates places where it’s still not safe, made for free, is circulating. Community members from Tembisa in Gauteng, to Pimville in Soweto, and to Merebank in Durban, form human rings around their transport stations and shopping streets.

The government remains weak and the problems overpowering. But the coup has failed.