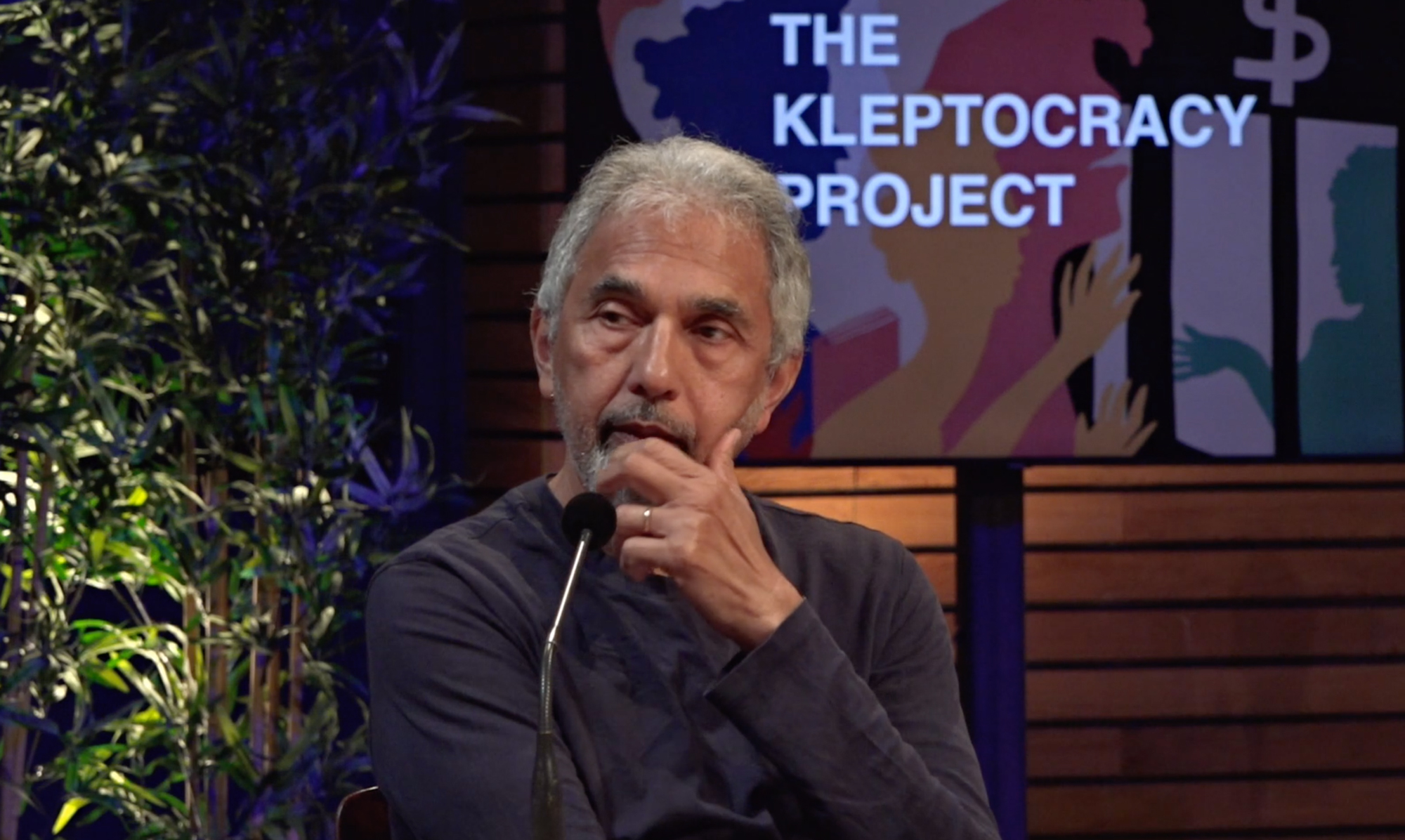 One of the guests at ZAM’s recently screened The Kleptocracy Project livecast on Thursday 24 June, the softly spoken Ivan Pillay, impressed many in the audience with his in depth understanding of dysfunctional systems in African governance and how to fix them. If you want to get to know him better, you may be interested in the recently published book The Unlikely Mr Rogue in which he is a central character. The book narrates Pillay’s personal history from the time he was involved in the armed struggle against apartheid in South Africa to the recent smear campaign waged against him by the corrupt Jacob Zuma government.

As a result of the smear campaign, Pillay, who was the head of the South African Revenue Services (SARS) until mid-2015, had to leave his job. This had been the intention of Zuma and his close associates, who wanted to control the tax agency. The same fate befell other ethical civil servants, the removal of whom was likewise a prerequisite for Zuma and his close associates to loot the state. The simultaneous targeting of the justice system ensured that no action was taken against the shake down of over US$ 34 billion that was channelled from state coffers into private pockets during the Zuma years, which lasted from 2009 to 2018.

The book’s title The Unlikely Mr Rogue refers to the label ‘rogue’ that was allocated to Pillay in the fake news campaign against him that was waged in 2014 and 2015. The word rogue, continuously used in the campaign, inferred that SARS’ investigative unit had gone rogue and was harassing politicians associated with Zuma and the governing party, the ANC. It was later revealed that the in total thirty-five slanderous articles had been concocted by the secret service, which was controlled by Jacob Zuma at the time.

The Unlikely Mr Rogue was authored by Pillay’s wife, who happens to be ZAM’s investigations editor Evelyn Groenink. It is therefore not a neutral and objective book, but an intensely personal account of the thirty years the couple spent together in South Africa, from liberation to corruption and, possibly, recently, a tenuous new beginning for the country.

See an introduction to the book by Bart Luirink and an op-ed by Evelyn Groenink here.
Order a copy of the book from ZAM here.
The e-book is available from Amazon.

On Tuesday 29 June, South Africa’s Constitutional Court sentenced Jacob Zuma to fifteen months in prison. The verdict for contempt of court was issued because Zuma defied a Constitutional Court order to appear before the country’s Judicial Commission of Enquiry into State Capture that investigates the plunder during the Zuma years. Read about the Zuma verdict here.