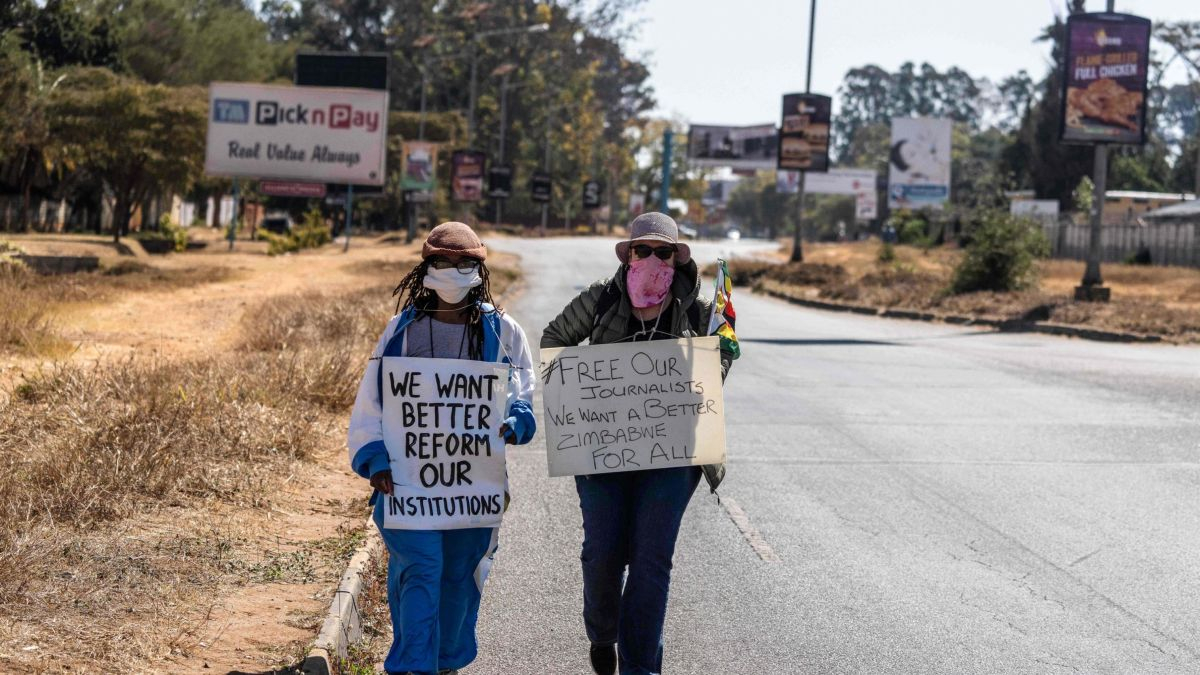 In 2000, Zimbabwe was the breadbasket of Africa, with mass exports of tobacco and food to other African countries and to the world. Now, Zimbabwe is a major importer of food from Western countries, with more than 60 percent of its population battling food insecurity and rapidly approaching man-made starvation.

This nationwide poverty is the result of a variety of factors, including the country’s turbulent political history, underqualified politicians, and rampant corruption. A recent report published by the Maverick Citizen reveals just how widespread this corruption is, and how it operates through state-protected cartels.

Despite the regime change in 2018, which saw dictator Robert Mugabe ousted and replaced by former vice president Emmerson Mnangagwa, the economic situation remained much the same, with only a few changes and adjustments to the inner circle. The Maverick Citizen report reveals the scale of the corruption, which costs Zimbabwe up to half of its GDP each year, if not directly through cartels, then through their influence on other economic activity that prevents businesses from operating legally. The information disclosed in the report is not new, but rather collates information from a variety of sources indicating how widespread and deep corruption in Zimbabwe runs.

Key figures from the report reveal that 82 percent of government spending has financial irregularities. Between $570-million and $3-billion a year is spent on illegal cross-border transactions and up to $1-billion is lost to fraudulent activities of cartels within the country every year.

The focus of the report is the business sector, because of the way the cartels are used to capture the state. An expert advising the Daily Maverick noted that cartels usually operate to undermine the national economy, but in the case of Zimbabwe, they form a lethal partnership.

The cartels operate in a variety of sectors, with diamonds worth billions of dollars undervalued or unaccounted for and $1.5 billion of gold sold illegally outside of the country. The report places the total value of money lost to corrupt dealings in the cigarette, fuel, and agricultural operations at about $5 billion.

But corruption is not limited to major corporations and industries. Reuters reported in 2016 that one of the most common forms of corruption involves public officials requiring bribes for small services like approving a house plan or police fining drivers without clear infringement of the law.

According to the 2020 Global Corruption Barometer, 25 percent of people using public services in Zimbabwe had been required to pay a bribe in the 12 months prior and 60 percent of people felt corruption had increased in the same time. The Corruption Perceptions Index ranked Zimbabwe 157 out of 180 countries, with a score of 24/100, where a score of 100 means there is no corruption present. According to Transparency International, corruption costs around $2 billion each year.

Despite initial promises to root out corruption, Mnangagwa has emerged as a kingpin of the cartel scheme, whose support and protection of the cartels sustains them. Loice Matanda-Moyo, chairperson of Zimbabwe’s Anti-Corruption Commission (ZACC) has called the government out for its lack of action in tackling corruption. But, the ZACC has also received criticism for never dealing with cases of corruption decisively and has been labeled as treating corrupt officials with a ‘catch and release’ approach.

This mass corruption that poisons businesses at all levels has devastating consequences for the economy. The ordinary Zimbabweans who don't benefit from these practices are some of the most impoverished people in the world, with 67 percent of the country living in abject poverty. The education and healthcare systems, which were once some of the best on the continent, are now left with limited funding, where professionals are rarely paid and infrastructure was crumbling long before Covid-19 even hit.