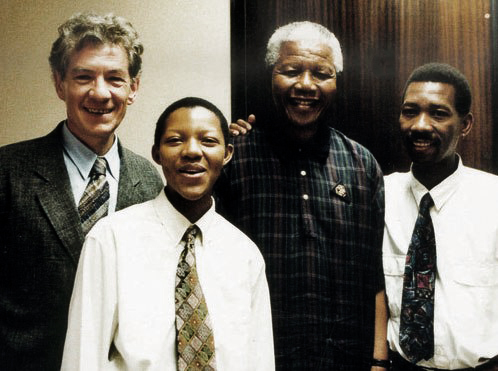 Twenty years ago, on the eve of International Aids Day, Simon Tseko Nkoli passed away. Simon was a political activist against apartheid and a campaigner for equal rights for LGBTI people. He was imprisoned in the 80s for his participation in protests against white suppression in South Africa. After his release in 1988 he launched the Gay and Lesbian Organisation of the Witwatersrand (GLOW). This organisation played a pivotal role in the campaign for the inclusion of an 'equal rights clause' for LGBTI people in the new South African constitution, adopted in 1996. Simon was the co-organiser of the first Gay and Lesbian Pride March in Octobe 1990 in Johannesburg. Speaking at this march he said: 'I cannot fight against Apartheid without claiming the right for LGBTI people to be free'. Soon after his country's transition to democracy, Simon came out as an HIV positive man. On November 30, 1998, he died of Aids related diseases.