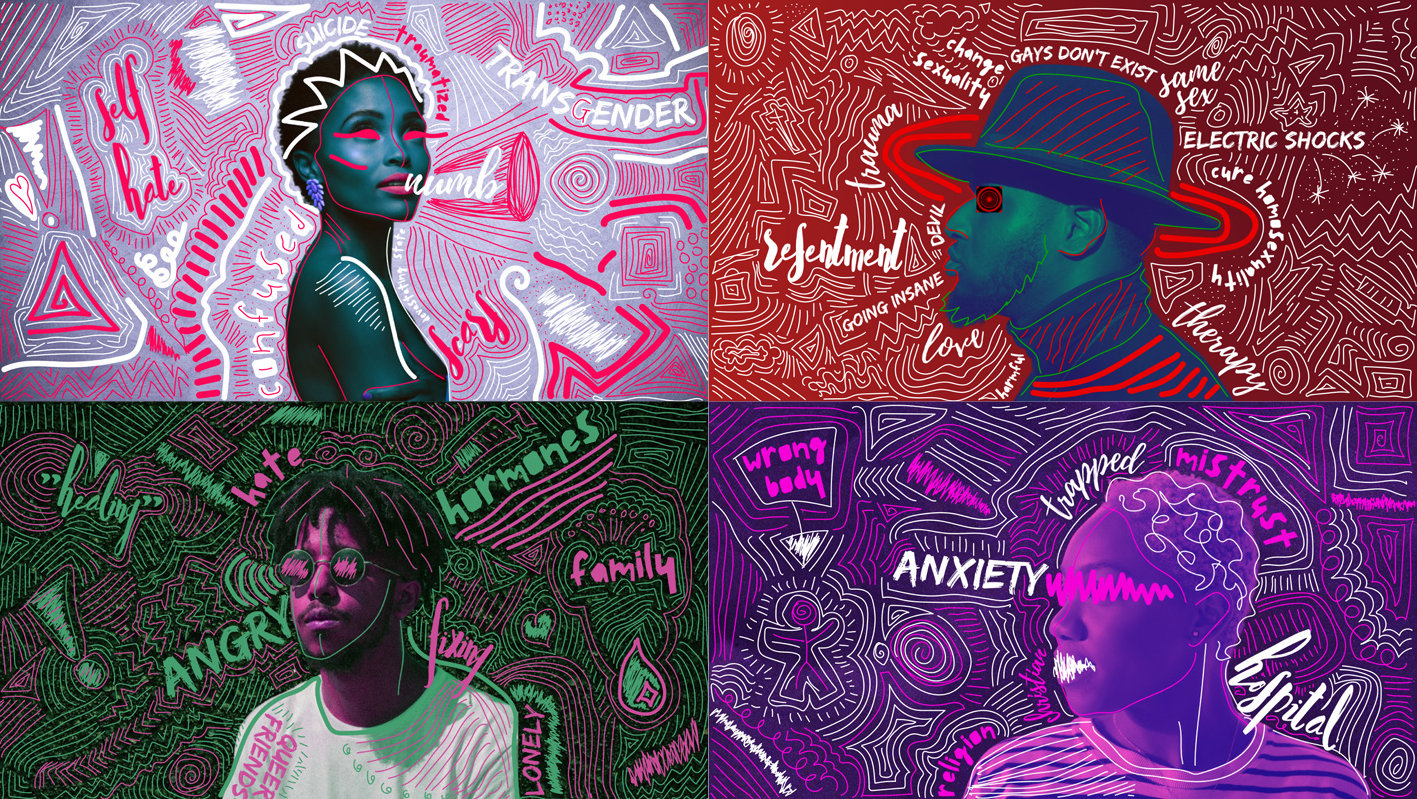 A six month investigation in Kenya, Tanzania and Uganda reveals widespread use of clinics that claim ‘therapy’ will change a person’s sexual choices.

When Samuel (not his real name) was a teenager, he was sent to live in a windowless room in a deserted area on the outskirts of Nairobi, the Kenyan capital. Here, he said, he was given electric shocks and shown pictures of ‘ruptured anuses and wounded penises’ by people who told him that if he didn’t stop being gay, he would ‘meet the same fate’. ‘I was not allowed to make or receive any phone calls’, Samuel said. ‘They also gave drugs that made me drowsy and exhausted all the time. I felt abandoned. I was afraid I was going to die’. He said he was kept there, at what he called a ‘conversion therapy institute’, for a year and a half. ‘I hated my parents for putting me through that’.

Anti-LGBT+ ‘conversion therapy’ practices seek to change an individual’s sexual orientation or gender identity, with methods that may range from conversational therapy to outright physical abuse. Samuel was just one of more than 50 survivors of such practices who shared their experiences with researchers working with openDemocracy on a special investigation into these activities across East Africa – in Kenya, Tanzania and Uganda.

‘It got beyond overwhelming’, said a lesbian woman from Uganda, who described being subjected to electric shocks as part of anti-LGBT+ conversion therapy at a clinic in the capital, Kampala. Though this took place a long time ago, she said ‘the resentment I felt for my family [who took her there] has never really gone away’.

Survivors interviewed by researchers working with openDemocracy described lasting effects on their mental health, family relations and general wellbeing. Some said that in addition to enduring painful ‘treatment’ they had dropped out of school and lost friends. Interviewees came from several generations; some talked about recent experiences, while others described the aftermath of these practices years after they had happened.

A transgender woman in Tanzania said her mother took her to a hospital in Dar es Salaam, Tanzania’s largest city, where a doctor attempted to convince her that one cannot be transgender. As a result, she said, ‘My mistrust issues towards health institutions [are] very high. I could get very sick and not go and get a check-up’. In the six month investigation, openDemocracy undercover reporters identified 12 health centres across the three countries – including those that specifically seek to reach gay men with health services – where staff offered help to ‘quit’ same-sex attraction.

Efforts to ‘cure’ homosexuality are ‘inherently degrading and discriminatory’ said Kaajal Ramjathan-Keogh, Africa director at the International Commission of Jurists human rights organisation, in response to openDemocracy’s findings. But they are ‘a lucrative business opportunity for individuals and organisations who are profiting out of humiliating, demeaning and discriminatory actions’, she said.

In many cases, openDemocracy found people asked for payment for such ‘therapy’. In Kenya, for example, the Fountain of Hope rehabilitation centre outside Nairobi said it ‘treats’ same-sex attraction with a 90-day residential programme costing $23 a day – a huge amount in a country where around a third of people live on less than $1.90 a day. Kalande Amulundu, its founder, told an undercover reporter (posing as the sister of a 19-year-old brother she suspected was gay): ‘Unusual sexual orientation behaviour, that kind of thing – yes, we deal with those’. He suggested the facility could change her brother’s sexual orientation, but ‘the best success rate is to get this person to be bisexual’. However, when openDemocracy contacted Amulundu separately for comment after this visit, he said that the reporters had been ‘misled’ and that the facility focuses on addiction and mental health and does ‘not offer any sex/ sexuality treatments’.

Sinza Hospital (which did not respond to requests for comment) is one of several hospitals in Dar es Salaam in which undercover reporters found health workers offering to ‘treat’ gay or trans people out of their orientation or identity. In Kenya, an undercover reporter at LVCT Kenya was offered counselling sessions at a kshs1300 per session. Its spokesperson denied this, saying the company ‘does not and has never supported any form of conversion therapy for LGBTQI people. In almost all cases, the “treatments” identified by undercover reporters in Kenya, Tanzania and Uganda consisted of “talk therapy” counselling sessions. But in Uganda, one counsellor also recommended “exposure therapy” with “a housemaid [you] can get attracted [to]’, and told an undercover reporter to give her supposedly gay brother a sleeping pill to prevent him from masturbating.

This story was published in openDemocracy.