Lock Up Your Daughters 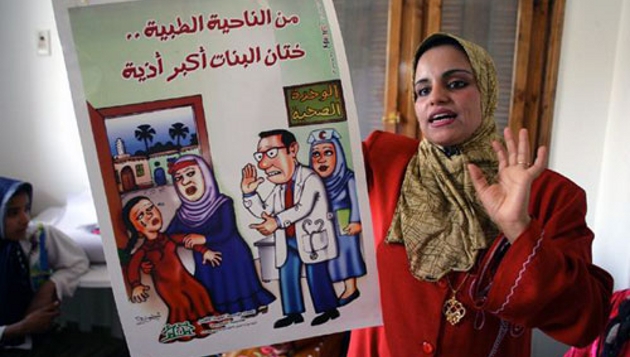 Telling other people what to do is a puzzling business.

Uncle Tom is quite shaken after reading up on a practice he didn’t know existed. Thanks to reports written by Unicef, I now know that in 29 countries, parents cut their daughters’ private parts. I now know about percentages, ways of cutting, ages of cutting, and the tools used to cut - much more than I would like to know, actually. Because Unicef asked over 200 questions of the cruel folks who do this thing.

Sadly the answers that these parents gave as to why they were hurting their little girls were not there. There were only graphs with numbers like ‘men in Djibouti 705’, which I did not understand. Then, even more puzzling, Unicef concluded that, whilst most people in Somalia were still doing it, a majority was also against it now. How could that be? Or maybe it was all a misunderstanding? In April, a Unicef press release had said that Somalia’s cutting had gone down from 99 % to 25 % percent of girls, and that the problem had practically been solved, thanks to Unicef’s work. Unicef had been telling the folks in Somalia to stop that practice.

Now in all my life I have never experienced that someone stopped doing what they did because I told them to. My older sister Doris back in the day would lock little Maddy in the broom cupboard if she tried to go out with too much make- up on, because “she only wants to go with boys and soon I’ll have an extra mouth to feed,” Doris used to say. I used to argue with her that Maddy was no fool and why would Doris not trust her? Doris would just stare at me and say “Tom, I know how guys are. I know how YOU used to be.” And that was that.

Not to say that cutting someone’s privates is the same as locking them in a cupboard, or getting them virginity certificates as they do in Tennessee, and silver rings and telling them they are ‘married to daddy’, or putting them in burka’s and supervising them with big brothers all the time, or marrying them off at 12, as they do in some places. Of course mutilating a child’s body is very cruel.

So I wanted to know how Unicef got those Somali folks to stop doing what they were doing. I thought maybe it worked because they were white. White people like to tell other people what to do. Which is OK in this case because when you are right, you are right. They certainly should stop cutting girls.

And then I found that they didn’t. 98 % of Somali girls are still cut, the new report in July said. But at the same time the Somalis were changing their minds. I couldn’t help thinking that maybe they had just said ‘yes yes I agree with you’ to the Unicef people to get rid of them.

The conclusion in the end was that it is rural, poor people who want to make sure that their girls can marry into decent families, and that richer educated people in town don’t worry so much.

I am glad they cleared that up