The Thami Mnyele Artist Residence Nominated for a Prestigious Award 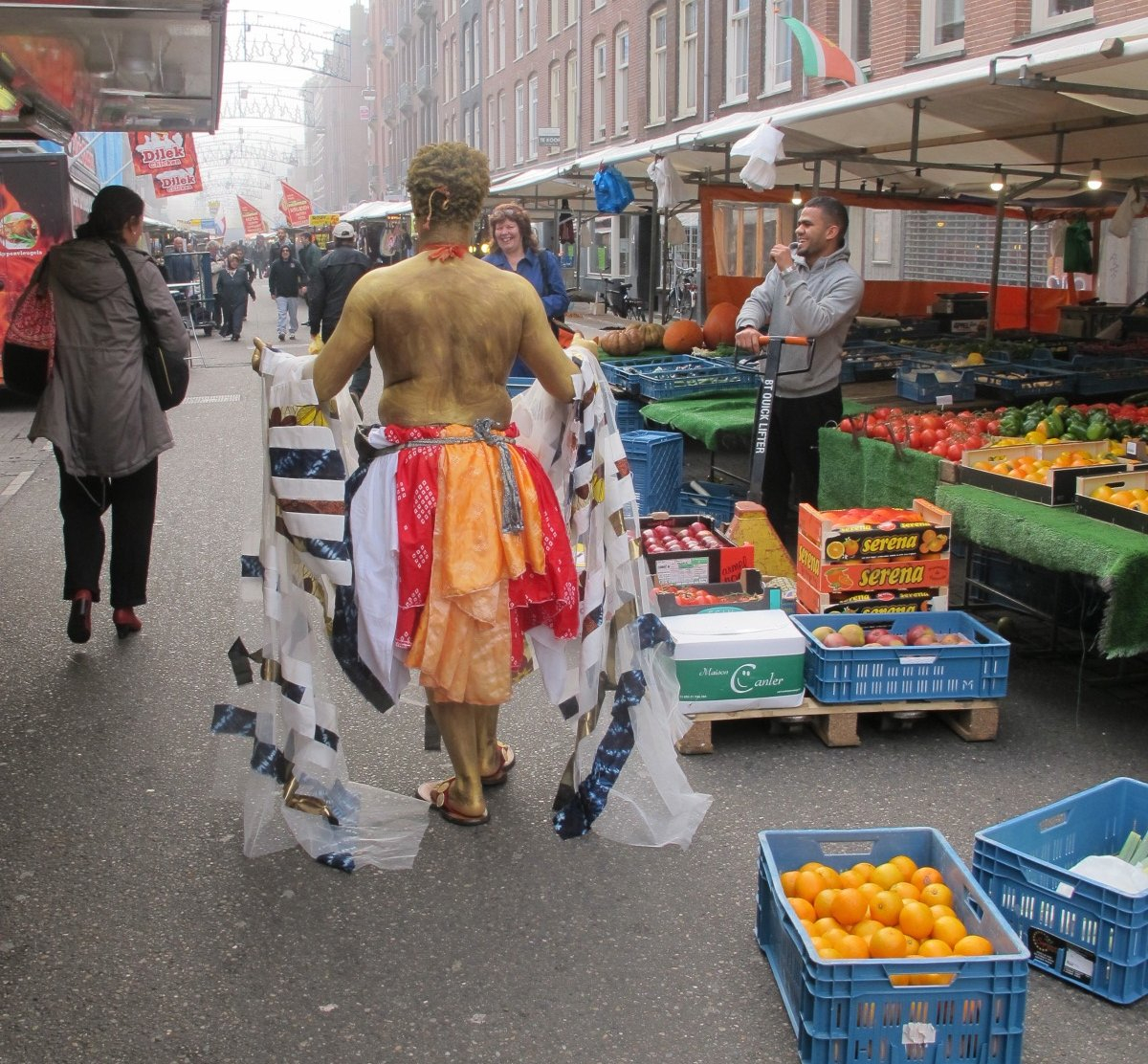 More than 100 artists, seven exhibitions, several books and many collaborations.

They are counting the days to the official announcement of the winners of the 2018 Prijs voor de Kunst (Amsterdam Arts Award) on October 15. “It will be such an acknowledgement of the work we have done since the Thami Mnyele Foundation was founded in 1990 and welcomed its first guests in 1992”, chairperson Pauline Burmann says. With over a hundred artists having stayed at the residence, seven group exhibitions in galleries and museums and endless collaborations between visiting artists and people in town, the Thami Mnyele residence has proven to be a hotspot for contemporary art from all over the African continent. While initially a space exclusively for South African artists, in 1997 the foundation opened the residence’s door for guests from Sudan, Libya, Mauritius, Uganda, Egypt, Ghana, Angola, Benin, Malawi, Zimbabwe, Senegal, Ethiopia, Algeria, Nigeria and several other countries.

The studio is based in the heart of the cities’ Kinkerbuurt, a workingclass area, in an old school building which is home to a dozen artists. Named after Thami Mnyele, a visual artist assassinated in 1985 by the white minority regime’s death squads, the residency’s launch was an expression of solidarity with an upcoming generation of free minded artistic souls in post-Apartheid South Africa. A generation longing for international exposure, creative engagement and experience. Looking back at the impressive guest list one can easily conclude that the foundation contributed immensely to the often successful careers of the residency’s habitants. For instance, Zanele Muholi was there as well as Nicholas Hlobo, both household names in todays’ international world of art. Like Samson Kambalu, Odili Donald, Victor Ekpuk and Atta Kwami. Quite a number of former residents were invited to participate in the international fora of the arts in Kassel, London, Venice, Dubai and Dakar.

Since its launch the foundation has the support of the Amsterdam City Council. It guarantees a small budget to run the space. “It’s the involvement of volunteers and many sympathizers willing to take guests on museum visits and exchanges that enables us to continue”, says Burmann. There are curators from the best museums in town, directors of art institutes and academies, artists, gallery owners and many people not coming from the art scene but eager to show residents the city. “But it is not support by default. We very much want to stick to the principle of solidarity. That is why we also avoid a charity approach, the ‘let’s help the poor blacks’ thing. We learn as much from the visiting artists as they do from us.’

Over the years, ‘Thami Mnyele’ has grown into a laboratory, a space known for expertise, connections, insights and feeling. Some of the established artistic institutions in the Netherlands bought works of artists in residence. Recently Simangaliso Sibiya participated in a research exchange on the invitation of the Rijksmuseum. This exchange resulted in his work Reflect Your Hopes, an ironic statement on the relationship between the Netherlands and South Africa. It’s now part of the museum’s collection. The foundation facilitates these exchanges, assists institutions with the development of projects and research for publications. Recent collaborations include the Tell Freedom, an exhibition with South African artists in KaDE (Amersfoort) and Tales and Taboos, an exhibition with Zimbabwean artists on view at CBK in Amsterdam later this year.

Burmann can’t stop mentioning the endless list of examples showing how the small foundation is at the artistic centre stage: Nigerian curator Okwui Enwezor visited the studio in 2000, the Mondriaan Fund familiarizing itself with Zimbabwean artists facilitated by the foundation and students of Amsterdam universities writing Masters about the 1993 Southern Cross exhibition in the Stedelijk Museum, organised by the foundation.

Guests always leave one of their works behind. The foundation’s collection that’s been built over the years will be documented soon by a South African researcher from the University of the Witwatersrand in Johannesburg. The works will also be shared with a number of museums worldwide in 2020 when the Foundation celebrates in 30st birthday.

The Thami Mnyele Foundation is nominated for the Best Practices Award together with the Liesbeth Coltof Youth Theatre and the Experimental Jetset Graphic Design Studio.

Our friends from Framer Framed (Best Performance) and The Black Archives (Encouragement Award) have been nominated in other categories.

Read all about the foundation, its history and selection procedures on the website of the Thami Mnyele foundation.

Read about the award here.