Fighting the homophobia within me 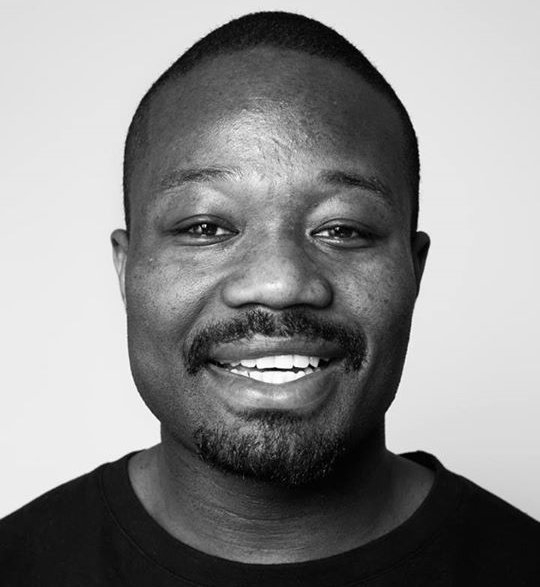 As a Dutch activist against racism and racist caricatures like ‘Zwarte Piet’, Jerry Afriyie longs for a society that includes everyone. His unrelenting fight for justice has forced him to look at his own flaws and responsibilities. In this article Jerry shares the battle he went through to overcome his own aversion to homosexuality.

“Children have never been good in listening to their elders, but they have never failed to imitate them.” These are words by James Baldwin, an American writer and my role model.

I grew up in a society that strongly believes love can only be between a man and a woman. There were simply no more options to choose from and creating alternative lifestyles or thinking otherwise was to say the least a taboo. In my case I was indoctrinated at the Catholic school and the church I attended. When I found out that two people of the same sex could fall in love with each other, consequently I just couldn't delete a feeling of disgust from my mind.

I felt confused and angry at the same time. I was brought up with the conviction that same sex love was an act inspired by the devil and that it should be condemned by everyone before it was too late and humanity would cease to exist. Without any exception, everybody I knew agreed. I suspect that the guys who recently molested a gay man at a public transport station in Amsterdam carry the same hatred in themselves.

As a teenager, when I started to publicly condemn the injustices against black people in the Netherlands, I was confronted with my own prejudices. How does one reconcile the dream of an inclusive society with the exclusion of people of flesh and blood, people like myself but who differ because of their sexuality, from that society? How could I protest against injustice targeting one and at the same time be guilty of injustice targeting the other?
It would not be honest to pretend that I have rid myself of all homophobic sentiments. On the contrary, there are still leftovers in my system. And I need to free myself of them.

It took me quite some time and energy before I could accept LGBTIQ people the way I wanted to be accepted myself. I could never have imagined that one of my role models and some of my loved ones, whom I consider confidants, would be gay. But I am not yet there. I might be a frontrunner in my family and my community but there is still a long way to go.

I feel unease when I see two men kissing and I tend to sexualise lesbian women instead of welcoming and embracing them. You might not notice when you see me but this is the truth. It’s not a problem for the LGBTIQ community to solve. It’s a social problem but more: it’s my problem.

Growing up I was thought same-love is a social disorder. However, the idea that someone is not good or goes to hell because this person fell in love is the real social disorder. This burden should not be carried by our brothers and sisters in the LGBTIQ communities. It must be carried by those who see evil in true love between two people.

Whenever I feel anger about hate crime, I’d rather look in the mirror before I point the finger at someone else. And I ask my community to do the same. A Catholic priest once told me that God doesn’t love gay people. But I also understood that God is invincible. If that is so, don’t pretend to be God and judge others. God can take care of herself and her affairs. I don't think she needs you for that. I doubt if God on Judgement Day will neglect my errors and just talk about whom I fell in love with.

Today children are being programmed to make the world less safe in future for people like me. It has a resemblance to the way I was indoctrinated with limited perceptions of love. At the end, we all long for the right to be ourselves. We cannot exclude LGBTIQ people, through prejudice and false convictions, from our struggle for an inclusive world. I embrace the diversity I observe around everywhere.

Love is for everyone

Once I thought, LGBTIQ people are a grave danger to humanity. But then I realised that the only threat to humanity was the hatred against gays that was imposed on me. It’s up to us, in especially the communities outside the LGBTIQ community, to rise against hatred and make the world a safer place for kids and grown ups, no matter origin, colour, class and sexual orientation. Love must be accessible for everyone, always and everywhere. Not only in the privacy of our homes, in a park by night or where nobody notices, but in public spaces as well. It won’t be easy but it is not impossible because love always wins.

Jerry Afriyie is a poet, human rights activist and founder of the Stichting Nederland Wordt Beter (The Netherlands Will Get Better Foundation). You can follow Jerry on twitter.com/therebelthepoet.