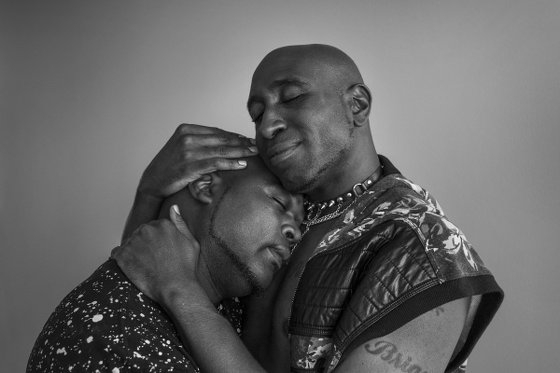 In the fight against HIV/AIDS, gays, drug users, street children, sex-workers, prisoners and migrants must be heard.

Way back, when the beast showed its ugly face in Western capitals in the early 80s of the last century, those infected with HIV were stigmatised as carriers of a ‘gay disease’. Christian orthodoxy mobilised against Sodom and Gomorrah and the virus was applauded as ‘God’s punishment’ for alternative lifestyles. ‘AIDS’ was something that belonged to faggots, to some sufferers of haemophilia (blood disease) and drug users. Inspired by (disputed) theories about the origins of the virus ‘Haitans’ and ‘Africans’ were also blamed.

Ironically, when the virus started to hit countries and peoples in other parts of the world HIV was systematically ‘degay-ed’. While hitting the population at large, the so-called outcasts – not only gays but drug users, street children, sex-workers, prisoners, transgender people and migrants too – were left out of official policies and campaigns. With devastating consequences.

There is some progress if it comes to the fight against HIV/AIDS. In the introduction to book Invisible Lives. HIV on the Fringes of Society  by journalist Colet van der Ven and photographer Adriaan Backer, Peter Piot, director of the London School of Hygiene and Tropical Medicine, writes: “As a result of an unprecedented local and worldwide mobilisation, and increased availability of affordable antiretroviral therapy, remarkable progress has been made in the AIDS response in many countries. However, the end of HIV/AIDS is by no means in sight with nearly two million people newly infected (…) in 2016 and nearly one million deaths due to HIV infection. The progress has also been very uneven and many populations (…) are being left behind.”

While reporting about the pandemic Backer and Van der Ven came across many doctors who refused to treat people with HIV/AIDS because of their backgrounds and homophobic politicians. Piot writes: “However, (they) also witnessed the communities most affected by HIV mobilise in response to this discrimination to fight for their rights to dignity, access to care and prevention services, and active participation in political decision-making. Although now sometimes subtler in some places, stigmatisation and discrimination persist, undermining the human rights of people living with HIV and erecting barriers to accessing HIV prevention and treatment services. As with other response activities, countering HIV-related stigma requires ensuring a non-discriminatory, evidence-informed approach.”

The International world has erected a wall of silence

Invisible Lives. HIV on the Fringes of Society, published on the eve of the upcoming International Aids Conference in Amsterdam, records the stories of the stigmatised in India, Ukraine, Tajikistan, Myanmar, the US South as well as Kenya and South Africa. Let’s hope the book throws a brick in ‘the wall of silence the international world has erected over the years’, as renowned epidemiologist Elisabeth Pisani puts it.
Well, it surely has the capacity to hit this target, to waken up and open eyes, to have this call for attention heard at the Amsterdam fora of debate. The stories are heart-breaking and hopeful, the pictures help to identify with the many who are not us.

Kenya – Waiting for the heart of the day

The Kenya story in the book recollects the nightmare of 2007 when violence succeeded the first democratic elections after years of dictatorship.

“The traumatic events have damaged the entire community, not just the women and the men, but also the children. They display behavioural problems, are asocial and sombre, and resort to escapist behaviour. They use drugs and alcohol, leading to unsafe sex, which then results in many teenage pregnancies and an increase in HIV. At this moment four fourteen-year-olds in the community are pregnant. High-risk behaviour in traumatised adults and young people is one significant breeding-ground for HIV. Gang rape during periods of violence is another.” (…)

“Before the outbreak of fighting, the prevalence of HIV in his community was low. But after the violence the figures shot up explosively, which was partly due to blood-to-blood contact through open wounds and mass rape. When women warned that they were HIV-positive, the rapists were not deterred. Most of the victims failed to get treated in time with PREP, the medication that blocks infection if taken within 72 hours. Fear of leaving the house, ignorance, lack of transport or feeling too ashamed to admit to having been raped are the causes. Smart, one of the perpetrators, and his wife are also infected. How and when did he contract the virus? He says he doesn’t know.” (…)

The story focuses on Donatus and Amos, the first a victim and the second a perpetrator, during those horrific days. They finally manage to come to terms with their different but in both cases very traumatic experiences. The story ends:

“The story of Donatus and Amos is reminiscent of the Jewish Midrash with which the handbook for the trauma workshop ends: A rabbi asks his students: ‘How can we recognise the moment of dawn, when the night ends and the day begins?’ One of the students suggested: ‘When you can distinguish a dog from a sheep?’ ‘No’, answered the rabbi. ‘Is it when you can distinguish a fig tree from a grapevine?’ ‘No’, said the rabbi. ‘Please tell us the answer’, said the students.

‘Well’, said the rabbi, ‘it is when you look at the face of another person and you have enough light within you to recognise your brother and your sister. Until that moment, night and darkness are still with us.’ “

“It is early 2018. The gangs tyrannise the prison relentlessly, but in the meantime they’ve been joined by street gangs. On the Cape Flats, for instance. Once a windy, sandy no-man’s-land, now the land of coloureds, thirty kilometres from Cape Town. Populated by a community ravaged by unemployment, disease, poverty and crime. The world of work at an unattainable distance. An ideal breeding ground for fear and enmity. Rich soil for street gangs with such names as the Wonderboys, the Dixieboys, and the Hard Living. Their agents are posted at every street corner. Small boys, big boys. Sunglasses, studied poses, inspired by American crime films. Make no mistake, they are the maffiosi of the Cape Flats. Afraid of nothing and no-one. Under the influence of the devastating drug tik – crystal meth – they steal and stab, indiscriminately and without compunction.” (…)

‘I Came Out (of prison) more violent than I went in’

“At Chico’s school there were two rival gangs. He and his mates wanted to make their gang, the Cape Town Scorpions, the leading, dominant group. To gain a position at the top of the pecking order, he stabbed a member of the opposition. That earned him eight months’ youth detention. ‘I came out more violent than I went in. It was only after that that I became a real gangster.’” (…)

“Chico had himself tested for HIV, but never went back for the results. ‘What am I supposed to do with the knowledge that I’m seropositive? I’ve got five children. I couldn’t cope with knowing that I’m going to die. Yes, now you can say that there are medicines for this, but I had two friends with HIV who are both dead by now. Besides, if the result is positive I’d have to go to the clinic regularly and you can bet your life somebody would see me there one day. That would really finish my reputation. I might have quit crime, but I’ve still got my reputation as gangster to keep up. And last but not least, I’d have to explain to my wife and children how I got HIV. They don’t know anything about the rapes. I’d like to keep it that way.’

There will be an English and Dutch edition of Invisible Lives. HIV on the Fringes of Society. A book launch will take place on Tuesday 5 June, 2018 in De Nieuwe Liefde, Amsterdam. More information about the book launch here.