Apartheid comics online. ‘Educating the black man in the ways of western society.’ 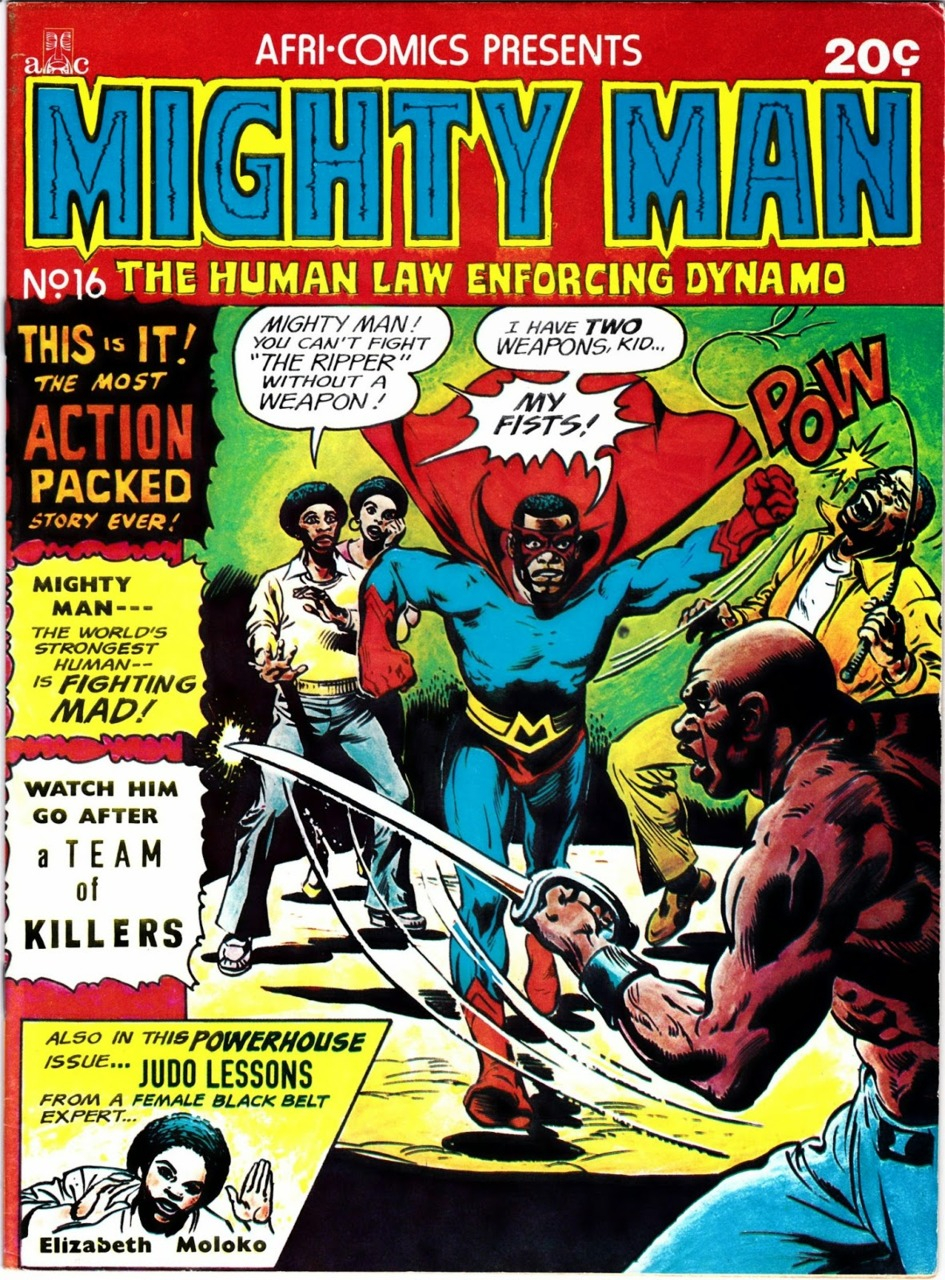 Many books were distributed by the racist propaganda machine. But very few people were fooled by their content.

In his introduction to the online publication of Afri-Comics, Professor William Worger (UCLA Department of History) recalls that the books were published in 1975-1977 as part of a “five-year secret propaganda war”. This war was led by Eschel Rhoodie, Secretary of the Department of Information in the South African government from 1972 until 1977, and was aimed at defending apartheid. The publishing company was established in 1975 by Rhoodie using a South African business partner, Jan van Zyl Alberts, as a front to disguise government participation. Afri-Comics published two titles, Mighty Man and Tiger Ingwe, in large press runs, 47.000 copies a month at 15 cents each for Mighty Man, and 43.000 monthly for Tiger Ingwe. In the words of one of Rhoodie’s US collaborators the goal of the publications was “to help educate the black man in the ways of Western society, social concerns and free enterprise”.

Few if any in the target audience were fooled. During and after the Soweto student uprising Africans “burned down the newsstands … They threw the things on the ground, and we [the US publisher] had to stop publishing them”. Very few copies of the comics remain in existence. The digital collection at UCLA, based on hard copies collected by Professor William H. Worger and scanned material contributed by a number of comic book enthusiasts, is the only known library collection of this material.

Browse through the books here.