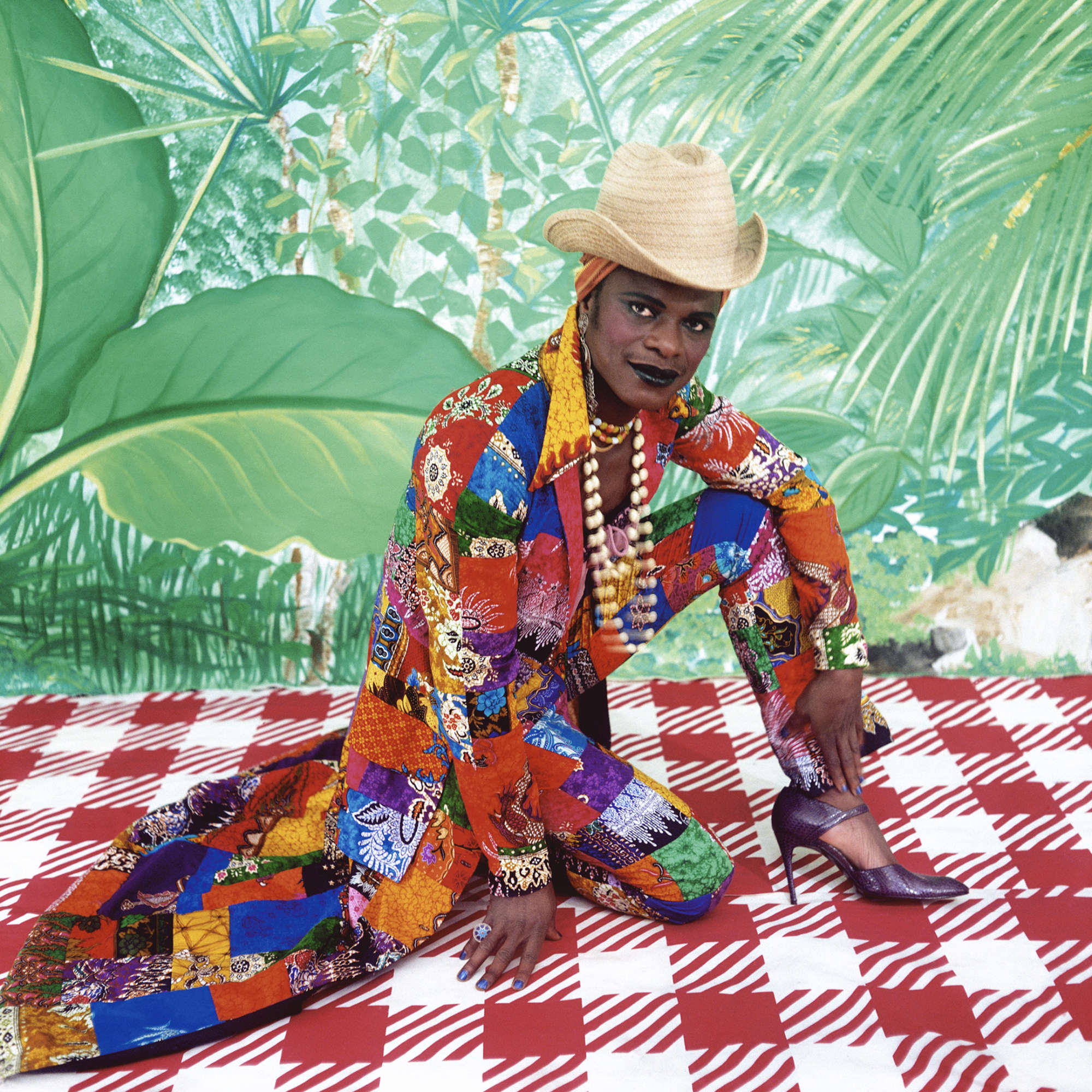 A landmark exhibition fills the entire museum as it attempts to survey the remarkable career of the French-Cameroonian photographer.

For almost fifty years Fosso has explored the possibilities offered by the medium of photography to present a refreshing and relevant vision of today’s world.

Fosso’s work, which is located somewhere between photography and performance, occupies a central place in the international contemporary art world. It has been shown in such leading institutes as the Tate Modern in London, the Fondation Louis Vuitton in Paris, and the Guggenheim Museum in New York, as well as many prestigious private and public collections. This large-scale retrospective brings all his most important series together for the first time in the Netherlands.

A master of performance for the camera

Samuel Fosso’s work is part of a long African tradition of studio photography, of which Malick Sidibé and Seydou Keïta are the most eminent practitioners, but he has also made a major contribution to reinventing this photographic genre by turning the camera on himself and transforming his photo studio into a kind of playground – a space of absolute freedom in which he can embody a wide variety of characters. His unique body of work brings photography fully into the realm of performance art, positioning him alongside such major international artists as Cindy Sherman and Yasumasa Morimura. Samuel Fosso utilizes the body, clothing, accessories and poses as essential tools with which to deconstruct representations of stereotypes, in particular those related to gender identity, race and social class.

A body of work reflecting a post-colonial world

Samuel Fosso’s work also has an undeniable and powerful political dimension. His series African Spirits, Emperor of Africa, Black Pope and ALLONZENFANS reflect a history marked by post-colonialism and globalization, and tell a story about the relationships the African continent has maintained with the East and West since the mid-20th century – relationships of influence and domination, but also of interdependence and resistance. Fosso’s work is also inseparable from the context in which he grew up, the context of post-independence in Central Africa, and can be seen as a metaphor for the repeated exiles he would undergo throughout his life in Cameroon, Nigeria, the Central African Republic and France.

Overview of an international career

The exhibition comprises over 200 of Fosso’s works that have never been on show in the Netherlands before. They range from his early black and white portraits from the period between 1970 and 1990 to his most recent work.

Commissioned works made by Fosso when he was a teenager, recently discovered and restored, will be shown for the first time, together with his first self-portraits, inspired by the style of young African Americans he saw in pop culture magazines. Fosso’s international career has its origins in a never-before exhibited series he produced in 1999 in collaboration with the French edition of Vogue and the iconic 1997 series Tati that Fosso created on the occasion of the 50th anniversary of this French department store.

Fosso’s personal memories are represented in the series Mémoire d’un ami (2000), in which he re-enacts a gripping personal story: the murder, in 1997, of his friend and neighbour Tala by armed police in Bangui; and in Le rêve de mon grand-père (2003), in which Fosso revisits an important figure from his childhood: his grandfather, a village chief and native doctor who successfully cured him of a paralysis in his hands. Samuel Fosso’s re-interpretation of 20th-century icons can be seen in the series African Spirits (2008), in which Fosso re-stages well-known portraits of leading black figures; Emperor of Africa (2013), in which he embodies Mao Zedong; and Black Pope (2017), in which he targets religious institutions in the guise of a black pope.

The exhibition brings together iconic series, less well-known works, archive material and never-before published or exhibited images, mostly in large-scale ensembles. By presenting an overview of Fosso’s artistic practice, his personal history, and the relationship between them, the exhibition furnishes an extremely comprehensive picture of the artist.

Samuel Fosso was born in Kumba, Cameroon, in 1962 and grew up in Nigeria. In 1972, as a young boy, he fled the Biafran War and was taken in by an uncle in Bangui, in the Central African Republic. He learned about photography thanks to a neighbour, who trained him and helped him set up his own photo studio at the age of thirteen. In addition to his commercial work – passport photos, celebrations, and weddings – at the age of fifteen he began creating self-portraits. Inspired by the pop-culture magazines he managed to find in Bangui, he photographed himself in outfits that he had custom-made by local tailors.

After being discovered by the French photographer Bernard Descamps, Samuel Fosso exhibited his self-portraits for the first time in 1994 at the Rencontres Africaines de la Photographie (‘African Photography Encounters’) festival in Bamako, where his work met with great success. His self-portraits can be found in the collections of international museums such as the Tate Modern in London, the Centre Georges Pompidou in Paris, and the Musée du quai Branly - Jacques Chirac in Paris.