Common Life and the gentle power of art 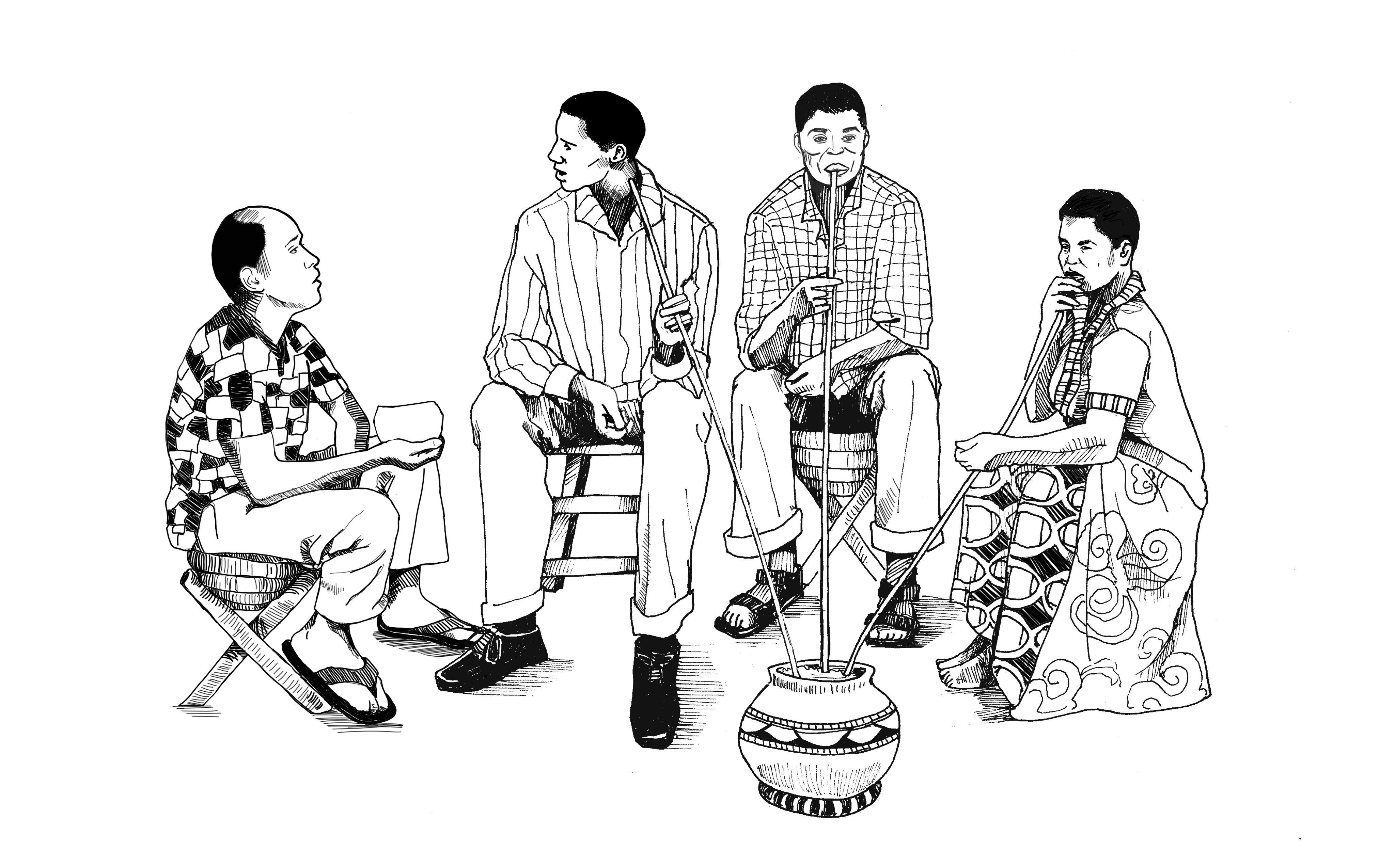 Collaboration between artists and local communities in Africa can help initiate a grassroots transition to a more equitable society, case studies show.

"Artists in African countries are increasingly organizing themselves into collectives," says Molemo Moiloa in a video interview from Berlin, where she’s in residency until March 2023 as a follow-up to Documenta, the five-year international art arena. "This makes it easier to connect with people in the community and to take action." At Documenta her installation Madeyoulook, created with Nare Mokgotho, attracted huge attention.

The impetus for the conversation was the Common Life research project commissioned by the Dutch Doen Foundation and led by Moiloa. Across five countries - Zimbabwe, Uganda, Senegal, South Africa and Mali - researchers spent eighteen months looking for points of contact for bringing together artistic practices and society. What connections exist between people, their environments, history, nature and urban realities? How can these connections feed artistic practice? What (new) perspectives do you encounter when it comes to encouraging the desire for radical change and actually moving people to do so?

"So many, many perspectives," says Moiloa. "Take the Africa Arts Kollective, operating in a slum in Uganda. It began as a studio of artists developing art out of recycled glass. Period. But it has since grown into a community-based creative meeting place. Women find a safe haven there, people are working and eating together. Young children are given access to alternative art education. It is now about so much more than glass. Artists and people from the community together form an organisation, a movement, Ekilawuli. It shows the power of imagination in practice."

In this video Molemo Moiloa and participating artists talk about Common Life:

This research is timely because issues rarely stand alone. International donors, on which so many African artistic initiatives still rely for financial support, are not only often very short-term in focus, but are usually tied to a single theme. "It has to be about the climate, or about women, or it has to focus on young people," Moiloa says, speaking from experience. In practice there are all kinds of cross-links. "Of course it's important to focus on young people. But we place equal value on the memories and experiences of older people. In fact, you have to bring the generations together." Thus, the title of Common Life could not have been better chosen. "The collectives we examined map the commons; nature and culture, water and pasture, but also all kinds of forms of traditional music, and systems of knowledge, from oral tradition to the Internet." A rich set of resources!

But commons also stands for the self-initiated, both artists and communities. The former rarely enjoy any measure of government support, but communities are also often ignored or left alone. Case studies of collectives such as the aforementioned Afrika Arts Kollective in Uganda, as well as the Festival sur le Niger and Kër Thiossane in Senegal, reveal how they centralise the artists’ own support systems, thus reducing their dependence on (international) donors. In the experiences surveyed, the researchers also observed perspectives from which local communities could benefit. Moiloa draws on this in her work, deriving inspiration from various initiatives in the early postcolonial period of the 1960s. She is keen to point out, though, that any contemporary work should be "less nationalistically driven."

Artists should not be beholden to those in power, but nor should they be in hock to the agendas of donors, Moiloa emphasises. From this perspective the interesting thing about the Common Life research is that it focuses on studying developments that have emerged organically. Many artists from the African continent, even more so than their colleagues in the Western world, describe an underlying motivation of contributing to social change through their work. And while memories and experiences stored in local communities are of course a source of knowledge and inspiration, artists also often embody the sorts of of idiosyncratic, autonomous thinking and practices from which communities might also benefit. It could be a win-win.

Material and conceptual input by Arts Collaboratory and Stichting Doen.