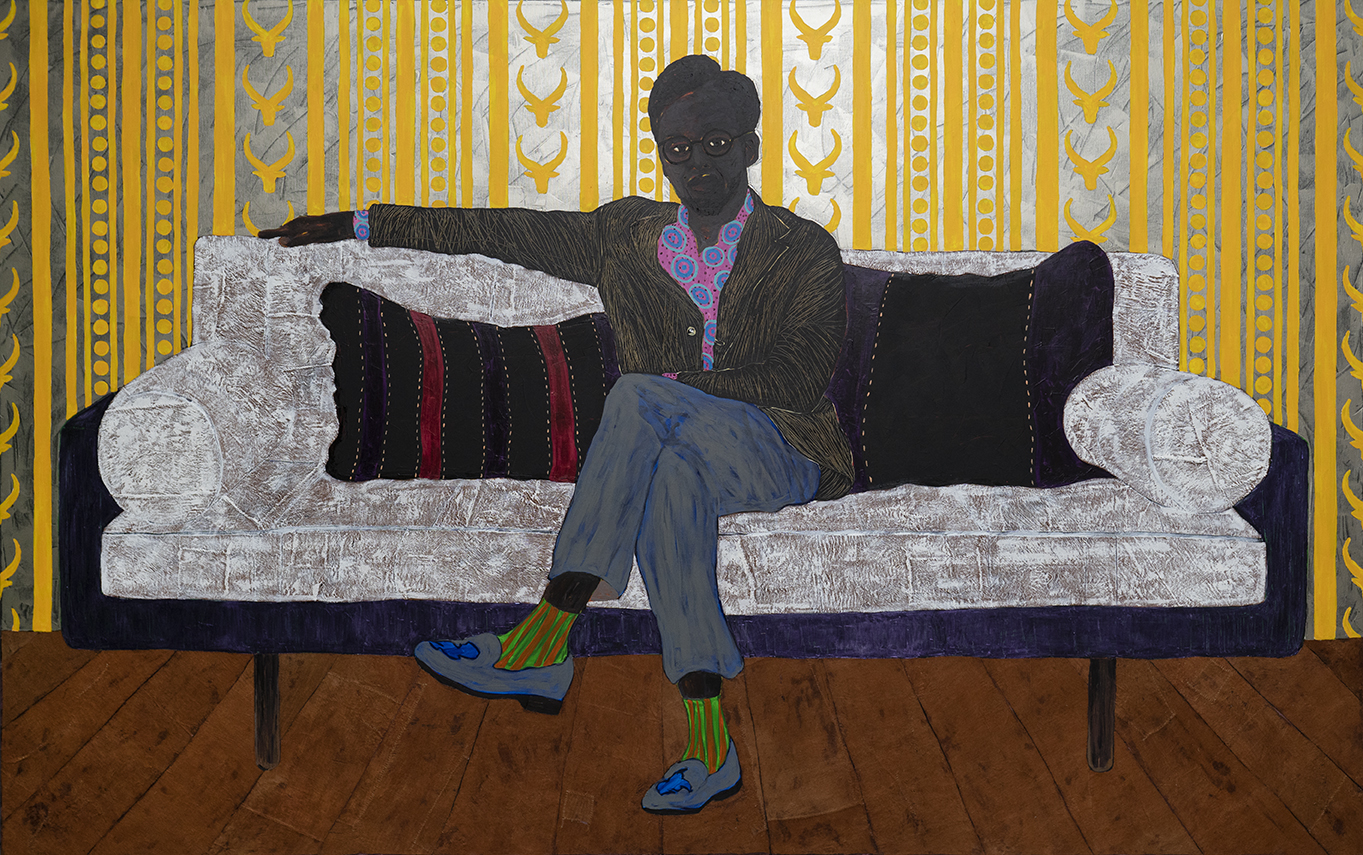 The Venice Biennial, officially opening on April 23, is perhaps Europe’s most glamorous international forum for contemporary art. During the opening week of the exhibition there are more artists, curators, collectors, and art critics gathered in one place at one time than seem to exist anywhere else in the world. The biennale format has inherited many characteristics from its forebears, the World Fairs. The event is organised around a format of international competition, with national exhibitions representing their home nations and all vying for the main prize.

The art exhibition is organised across two main venues- the Giardini di Castello, where national pavilions are situated, and Arsenale, which, aside from the national pavilions, also houses the international exhibition. The first national pavilion, belonging to the Belgian national representation, was erected in 1907. No African nation would have its own pavilion until 1993, long after the end of the colonial era. No surprise, then, that historically the representation of African artists in the international exhibition has been lacking. That is slowly changing, and in 2015 Okwui Enwezor (Nigeria, 1963-2019) was appointed curator of the biennale.

It’s not a big surprise that African representation is not very prominent. The legacies of colonial structures are still visible in how the pavilions are organised. In the Giardini, where the original national pavilions were built, long-time exhibitors, almost exclusively from the global north, have held spots for decades. Meanwhile newcomers are often forced to look for locations off the beaten track when choosing spaces for their exhibitions.

In 2013, Angola won the Golden Lion for best national participation

Out of the 80 countries present this year, nine will be representing African nations. Of these the Republics of Cameroon, Namibia, and Uganda will be participating for the first time. Other countries such as Mozambique and Angola (who won the Golden Lion in 2013 for best national participation for their Luanda, Encyclopedic City pavilion) will not present this year. Fundraising difficulties, as well as a structural lack of interest from many African governments towards contemporary art and culture, make national participation a challenge.

It is therefore even more impressive to see the Pavilion of Zimbabwe which will open for its sixth consecutive appearance at the Biennale. This edition’s exhibition, entitled i did not leave a sign? features four artists: Kresiah Mukwazhi, Wallen Mapondera, Terrence Musekiwa and Ronald Muchatuta. The exhibition is curated by Fadzai Veronica Muchemwa and the Commissioner of the Pavilion is Raphael Chikukwa.

In this exhibition, the curator explores the animated livelihoods of being Zimbabwean while governed by invisible threats. Through tales of dispersion and migration she examines what knowledge means in a world where science and technology, themselves rebellions against the false certainties of religion, are revealed to be less than complete answers.

The Uganda Pavilion, meanwhile, will open for the first time ever. The Ministry of Gender, Labour and Social Development officially supported the endeavour and Juliana Naumo Akoryo served as the pavilion’s commissioner. It was made possible through a partnership between Stjarna.art, a fine artists management bureau based in Brussels, Belgium and the Uganda National Cultural Centre (UNCC). The Tanzanian-born British curator, Shaheen Merali, will present works by Kampala-based artists Acaye Kerunen and Collin Sekajugo. Merali describes the exhibition, titled Radiance - They Dream in Time, as referring to the essential knowledge and lived experiences of Kerunen and Sekajugo in speaking to the many different territories of Uganda, as well as to trade and living conditions in its urban centres. Both artists have been actively working with formal and informal archives of Uganda’s dynamic visual culture.

South Africa’s national pavilion, titled Into the Light runs parallel to, and complements, the main exhibition’s theme of The Milk of Dreams. Into the Light focuses on the quarantines and lockdowns necessitated by the COVID-19 pandemic. Ordinarily isolation is viewed negatively, but adversity can also bring creative opportunity. The mandated isolation in response to the pandemic gave artists the time and space to turn the focus inwards to self-evaluation. The featured artists are Lebohang Kganye, a visual artist who recently won the prestigious Paul Huf Award presented by FOAM and whose work explores themes of personal history and ancestry whilst resonating with the history of South Africa and apartheid, Roger Ballen, a world-renowned photographic artist, and Phumulani Ntuli, a multidisciplinary artist whose opus merges the ambit of artistic research, sculpture, video installations and performative practices. Amé Bell curated the South African pavilion with South Africa’s ambassador to Italy, Nosipho Ngcaba, serving as a commissioner.

Every edition sees pavilions and participants awarded. Amongst other official prizes the jury will award the biennial’s top trophies, the Golden Lions for best National Pavilion and best Participant (a single artist). This year the independent curator Bonaventure Soh Sejeng Ndikung, the founder and artistic director of SAVVY Contemporary in Berlin, is one of the international jury members appointed by the biennale’s board of directors. Dutch readers may recognise him from his work with Sonsbeek 20–24, the quadrennial contemporary art exhibition taking place in Arnhem, the Netherlands.

Another interesting initiative is The African Art in Venice Forum (AAVF). It is a free, public event presented during the opening week of the biennale. The project provides a new platform to present and discuss topics related to contemporary art from Africa and its diasporas in the cultural, professional, and infrastructural context of the Venice Biennale. The organisers recognised that many countries are made invisible by the lack of national pavilions.

AAVF was born in 2017 with the aim of bringing together in Venice a multiplicity of voices of the contemporary African art ecosystem, presenting their creative message, and opening a broader cultural dialogue during the Biennale’s opening week. AVVF advocates for a broader spectrum of creative practices and cultural dialogues, and for a more diverse, inclusive, and balanced art ecosystem that nourishes the ability to address individual, societal and global issues of our time.