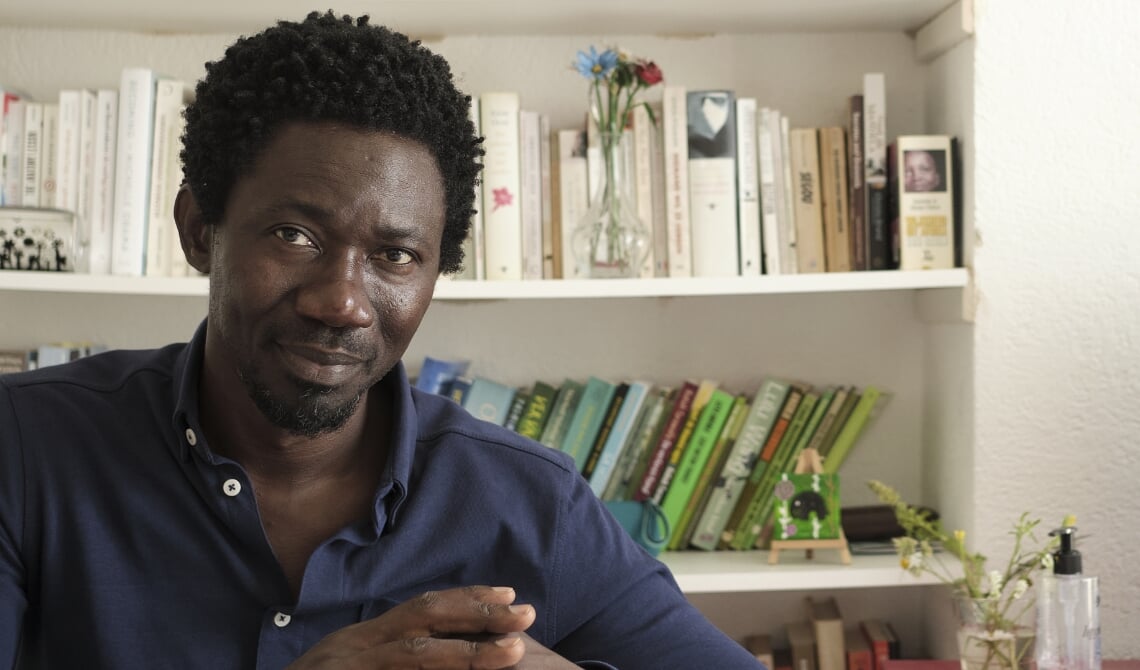 If I had stayed in Sierra Leone, I would undoubtedly have become a doctor. And had I, like my father, been married to three women, had many children. I would have become a traditionalist, a profound believer in the Islamic faith and my life put wholly to the service of society. Like my father, I would no doubt have been a happy person who would find satisfaction in serving my people.

But destiny had chosen for me a different direction. I moved from the WE to the I. Or say uprooted from A to B. My collective became my individual. I am because I was, contrary to the African Ubuntu philosophy that says I am because WE are.

With this transformation, I honestly ask myself; who and what have I become now? With the experience of now I know that a constant does not change and that something that moves is in dire need of change. By going west I changed. This 'displacement' made my shadow side visible. Because anyone who dares to show his vulnerability also dares to come into contact with his downside. I'm still on my way, in motion. In my new home I was tolerated but not accepted. Sometimes I seem to have found my niche between A and B, sometimes not at all. As if uprooted, I was torn away from my familiar surroundings by the war. Switching between two worlds and cultures has made me an artist of life. I regularly play chess between there and here. Due to my wide playing field it is impossible to foresee the consequences of each move. Uprooted so that insight, experience and courage partly determine the choice of move. My playing style changes over the years from passive, tactical, aggressive to forcing or radical. As a life artist I know that my play will never be the same. Because I move, I continuously transform. Whoever is constantly on the move, finds nothing and at the same time stands in the world as a curious child. Moving is alienation, uprooting, triumphing, failing and getting up again. Moving is transformation!

With my work as a journalist and novelist I go out searching for topics which society feels uncomfortable to talk about. For example in my country of birth Sierra Leone where more than 80 percent of female undergo Female Genital Mutilation. Though it is a taboo topic in Sierra Leoene I dare to stand against it. No female member in my own family have been spared against this archaic and barbaric cultural practice. I raise my voice against it knowing fully that I am stepping on powerful toes. The same goes for racism and discrimination in the Netherlands. A topic I write vehemently about in my weekly columns in Dutch newspaper Trouw.

We all carry with us cultural repertoires and we activate different parts of these during different encounters in our lives. However, cultures do not communicate: people do. Cultures do not move from place to place, but people do. We carry with us sets of cultural values and clues to understanding, which are mobilised when we interact. In moving we change, we transpire, we aspire and as a result we stop being the old version of ourselves. I have since my relocation to the Netherlands developed my critical thinking as a way to challenge society to think and rethink. Because I believe just like in chemistry that continuous shaking prevents clumps from forming in the culture. If the culture clumps, there would be a lack of oxygen at the bottom and it would prevent the culture from growing. So shake it up, if necessary step on toes, and instead of tiptoeing, walk to leave your footprints.

Babah Tarawally is a novelist and columnist for Dutch daily newspaper Trouw. He is also a board member of the ZAM-net Foundation. He read this column at How We Made It. African Artists Center Stage, Amsterdam, 8 October 2021.