Scions: The Afterbirth of Mohau Modisakeng 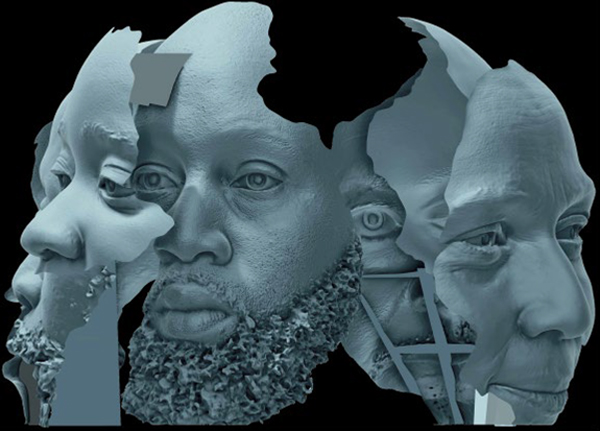 Reluctantly, South Africans are coming to terms with the fact that in the same way that no condition is permanent, no euphoria is permanent either. The innocence of the 1990s and early 2000s, when the country moved from apartheid to post-apartheid, has given way to a gnawing unease about the future of the democratic experiment. Two camps are emerging — there are those whose disenchantment expresses itself in the desire to burn everything, destroy everything, declaim everything. There are, on the other hand, those who relish the task of starting anew; those who see in the emerging creative chaos, a landscape of unexplored futures. Although there are many terms that could be given to these camps, it is easier to think of the former group as the ‘Republicans’ and the latter as the ‘Praetorians’. I am borrowing from the Roman classics intentionally in order to describe how South African thought is dividing neatly into those who wish for something that could be called a ‘black republic’ and those who are becoming the defenders of the 1996 Constitution.

The idea that South Africa could have been or should have been a ‘black republic’ is seductive for those who imagine that the country’s history is merely the history of racial strife — white minority versus black majority — and that there are essentially no other ‘racial groups’ in the country. From this perspective, all non-black South Africans should become second-class citizens whose lives are governed by the whims and fancies of the majority. For the guardians of the Constitution (the Praetorians), the values enshrined in the Constitution are the only values worth fighting for and the only place where South Africa should be heading is the future. For the Republicans, the past is everything since their main guiding assumption is that something ‘went wrong’ in 1994 (when the country held its first democratic election). For the Praetorians, the main keyword is custodianship; the task is to secure the country for future generations to enjoy. It is in this tussle between the past and the present that South African artists find themselves searching for a secure landing. Either an artist embraces the idea of a lost “blackness” or they embrace the idea of a non-racial selfhood. The nostalgia for a unified and unadulterated blackness — the solidarity of the struggle — is based on the assumption that it is only through this stance that a precolonial ontology can be recuperated. For the praetorian subject, the search is not for ontology but for praxis — a new way of being in the world, or as Frantz Fanon put it, ‘No, it is not a question of back to nature. It is the very basic question of not dragging man in directions which mutilate him, of not imposing on his brain tempos that rapidly obliterate and unhinge it. The notion of catching up must not be used as a pretext to brutalize man, to tear him from himself and his inner consciousness, to break him, to kill him.’

As if the question of fate, destiny, and the future was not already onerous enough, we have too, the question of memory. How are we to remember the past? Or, perhaps more enigmatically, how is the past to remember us? Art is expected to be broad and encompassing enough to memorialise this past, and here too, the artist is being summoned to the task of redeeming the past for the sake of future memory. From a certain vantage point, these questions and demands are not new for South African artists. In some senses, every epoch in South African history has been distinguished by an artistic movement that marked and memorialised the time. This means that rather than talking about ruptures, deconstructions, disruptions and derailments, South African art and artists can be better defined by the concept of scions; young offshoots that are grafted to create new growth. This is how I would narrate the rebirth of Mohau Modisakeng — he is a scion, grafted from an old root.

These lineages and artistic genealogies make it possible to write about ‘South African Art’ as a defined and specific history. Again, the racialised past of art education and art production cannot be denied. Yet, there is a sense in which one generation builds on the work of the previous one and each generation benefits from even a side glance at the work of their predecessors. Obviously, the question of how much South Africa art is ‘African’ is also implied here since there is no denying that some commentators (including South African ones) do not regard the South African art canon as African. Beyond these debates and controversies, there exists exactly what professor Anitra Nettleton described as the South African art ‘canon’ wherein artists are defined by their individualised styles rather than by their nationality or racial belonging. However, these are not by any means foregone conclusions since what this canon consists of, is a continually debated issue. The main relevance of the argument is that regardless of how we cut the canonical oeuvre, the work of South Africa’s youngest artists wouldn’t make sense if the work itself didn’t reference the past and art criticism also presented these works as unique creations with no reference to the past.

This is the lens through which Mohau Modisakeng’s work should be seen. As an artist, how does or does he not fit into the South African canon. If he doesn’t fit, what are the reasons? Without belabouring the point too much, it is possible to state outright that whether an artist does or doesn’t belong to a canon is not in itself a criterion by which their body of work should be measured. In some respects, canonisation is purely an academic exercise with no real implication for the reality of artistic production. Yet, before we go very far down this path, it becomes clear that there can be no ‘body of work’ without the creation of categories. Thus, we circle back to the concept of scion — whose offshoot is Modisakeng? From whence did he spring?

Mandela comes alive in the faces of ordinary people.

When Albert Luthuli — the then president of the African National Congress — was awarded the Nobel Peace Prize in 1961, he became the first person of African descent to receive the award. In the immediate aftermath of the prize, the South African artist Ronald Harrison painted The Black Christ (1962) which depicted Luthuli as the crucified Christ. The painting caused so much controversy that it disappeared from view and only resurfaced 30 years or so later in 1997. In 1968, Dumile Feni produced sketches and eventually a sculpted head of Albert Luthuli and the latter was named Study for the Portrait of Albert Luthuli. Then, in 1974 Cecil Skotnes produced a woodcut portrait titled Chief Albert Luthuli, which became part of the Nobel Prize portfolio. Historically, therefore, the memorialisation of the country’s black political icons does not begin with Nelson Mandela. It could therefore be said that Mohau Modisakeng’s Mandela Memorial is a descendant of the works of art that lionised Luthuli. Yet, what is striking is that despite the presence of this history very few of Mandela’s post-apartheid memorials have been grafted from this past. Ironically, the only memorial to Mandela that ‘borrows’ from the past is the portrait that is printed on South Africa’s bank notes. Mandela’s face on the notes seems to be a cross between the strictures of socialist realism and the humanism of Dumile Feni’s portrait of Mandela titled, Head Study of Nelson Mandela (n.d.). In other paintings and sculptures, Mandela is avuncular rather than agitational and this seems to represent an anxiety about his memory as a black male revolutionary. Mandela is rendered invisible exactly by being depicted as harmless and docile; his insurgent past is erased. Mohau Modisakeng re-inserts the ‘social realism’ of Feni’s portraits not by making yet another ‘iconic’ Mandela but by reviving the figurative impulse that propelled the work of Feni and other modernist South African artists. This is Modisakeng’s descent — he is a scion of South Africa’s modernism through his refusal to reduce the name of Mandela to a kitsch commonplace or to a photogenic repetition of other images. In his memorial, Nelson Mandela comes alive in the faces of ordinary people, drawn out of Modisakeng’s imagination. By making Mandela into a set of fractured human faces, Modisakeng collectivises the political iconography of Mandela while not being reductionist. The scale of Modisakeng sculptures is still human; it is still accessible even while it is monumental in its ambitions. It is a sum of the humility of Mandela’s predecessor Albert Luthuli while at the same time revealing the radical possibilities of Mandela, the humanist.