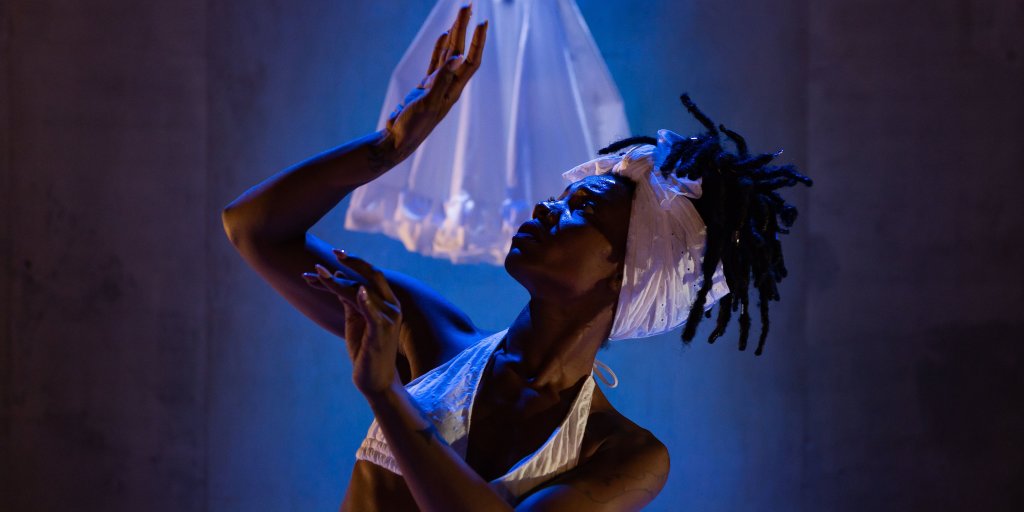 On June 12, Richard Kofi’s newest film, Imprenta, premiered online, streaming from Korzo Theatre in The Hague. The film forms part of the FluX programme series, where connection, movement, and conversation are central. Imprenta is a collaboration with choreographer and dancer Junadry Leocaria as well as filmmaker Conni Trommlitz and musician Ernest Guiraud Cissé.

Richard Kofi is a member of the diaspora himself, having grown up in the Netherlands with Ghanian roots. He says he has always felt both Dutch and Ghanian, a ‘double blood’. These roots are prominent in the work he creates, which aim to connect and resonate with the diaspora. In finding and establishing his voice as an artist, Kofi decided that he wanted to be part of changing narratives around blackness and around the diaspora and the continent to create bridges between both communities. He says, ‘I just see myself as a small part of this global puzzle’.

Kofi hadn't always planned a career in art. He has always enjoyed drawing and painting but initially wanted to pursue a career in basketball, before while studying a bachelor's degree in Cultural Studies and a master's degree in American Studies. But once he handed in his master’s thesis, he realised he was bored. He had always had a passion for drawing and decided to try painting and experimenting with what his voice as an artist would be. He shared this an artwork on Facebook and within three weeks was doing his first exhibition. Kofi recounts how he had always felt limited by the academic world and communicating exclusively through writing. Although he has a love for languages, he says that the process of visualizing offered new opportunities for him to document what was going on in his head his research and it allowed him to imagine.

One of his projects that represents this love for different mediums is a short video that begins in a barbershop. He chose this location because the barbershop in Arnhem had become a place for lively conversations about heritage and culture. With his Ghanian roots, the barber is from Curacao and other customers coming from all over the world, he realised that this was one of the few spaces in the city where everyone from diverse backgrounds has common ground and something to say. Kofi says, 'The barbershop in Arnhem is no different from the barbershop in Willemstad in Curacao, or in in Accra, they all look the same, the same vernacular, the same hair types'. Many of the prominent institutions for art are constantly searching for diversity and prioritising inclusion, but Kofi finds that it is most visible in places like his barbershop, a centre for culture with a huge network of diasporas, and so places like barbershops can facilitate art or its creation.

His latest project Imprenta, in collaboration with Junadry Leocaria, aims to explore her roots through a DNA tracer. In this project, Kofi creates abstract impressions of her ancestors, not by ‘hyper-folklorising’ them but by creating a visual language that represents the multiplicity and complexity of the notion of roots. In the film, she interacts with them as though they are characters. Kofi uses body paint on Leocaria and created a cosmogram, a combination of the symbolism of all of the diverse places she has been connected to. This cosmogram, created specifically and exclusively for the film, is a combination of all the symbols that are visualising the relationship between human beings and the cosmos. According to Kofi, it is a way of ‘trying to explore ourselves to find blackness in cosmos instead of the system’.

Imprenta will now begin touring, where panel talks will be facilitated which aim to act as umbrella talks to begin new conversations on identity, roots, and indigenous knowledge. Kofi has also created 12 new paintings to accompany the film.