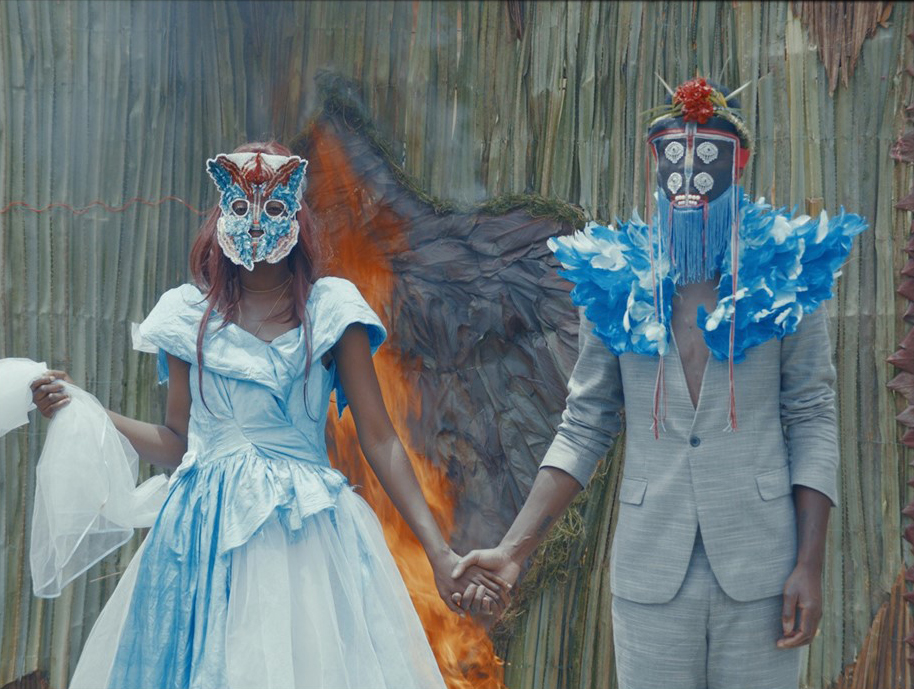 Belgian-Congolese rapper, songwriter, photographer, film and music video director Sammy Baloji will be present at the upcoming World Cinema Amsterdam (WCA21) festival. In collaboration with Cinedans, WCA21 will show two of Baloji’s shorts. Peau de Chagrin / Blue de Nuit, a spirited music video covering wedding rituals of Congolese pygmies. ‘I see music in colours’, Baloji says. ‘I have synaesthesia and I perceive music on a sensory level.’ In Zombies Baloji takes us on a journey between hope and dystopia through a hallucinated Kinshasa. From a nightclub to the culture of the hair salon, and from a dictator’s campaigning parade to a modern western – the audience experiences a tale of mobile technology and connectivity. Both screenings will be concluded by a Q & A with the director.

Actual Africa opens on Saturday 21 Augustus with a special Africadelic edition featuring Help!, a short film from Gambia, and Eyifome, a Nigerian production. The evening will be hosted by Nigerian filmmaker Kayode Gomes, who has been granted asylum in the Netherlands based on his LGBTQ+ activism.