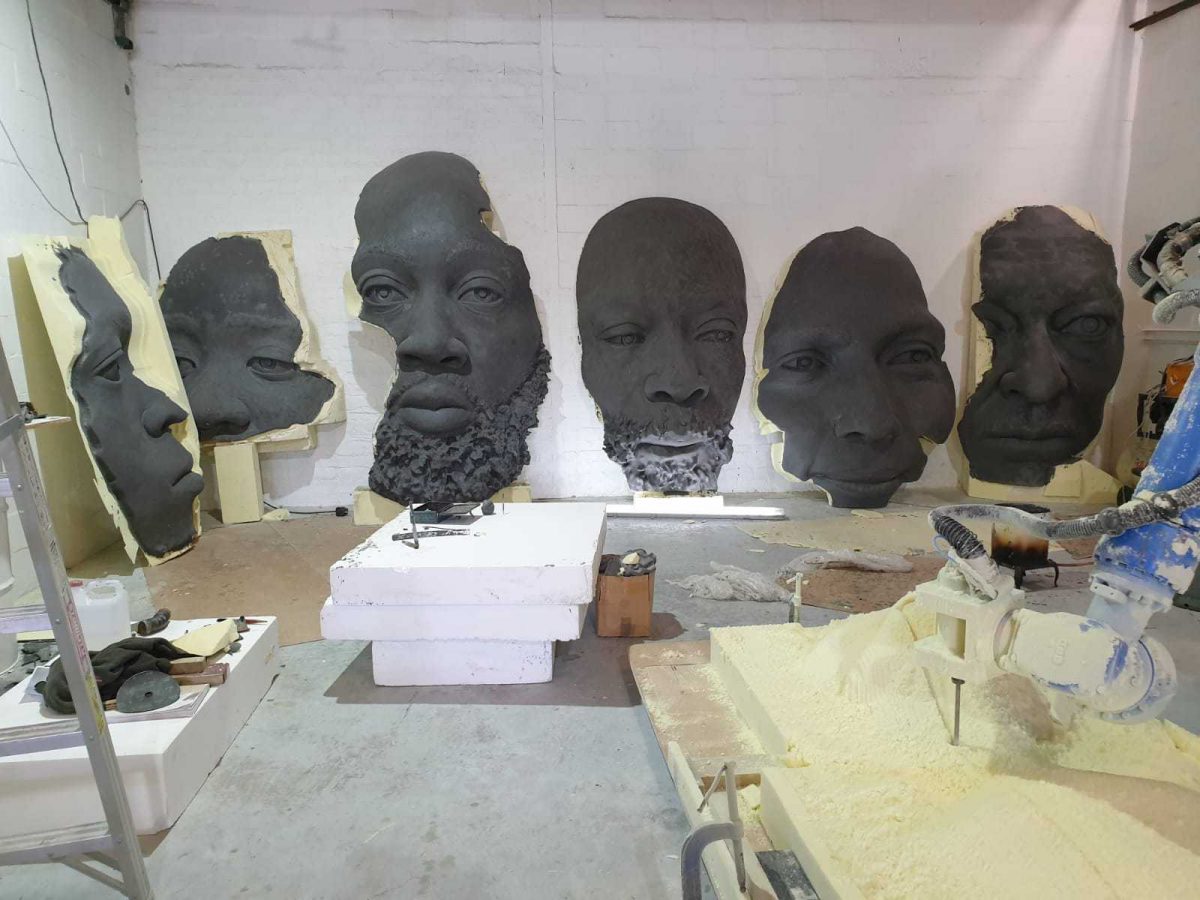 On Sunday 5 September, Amsterdam Mayor Femke Halsema will unveil the Nelson Mandela Memorial. The work, inspired by the residents of the neighbourhood, was designed by South African visual artist Mohau Modisakeng and produced in Cape Town.

The unveiling is the culmination of a week-long programme in which ZAM, Bijlmerpark Theatre, OBA, OSCAM, Imagine IC, Heesterveld, New Metropolis and CBK Zuidoost are participating.

During this informal meeting, organised by ZAM in collaboration with CBK Zuidoost, the artist will talk about his design, his motives and the position of the artist in South-Africa. Also screening are episodes from the ZAM video series #ImagineMandela. What is Your Ideal?, together with a spoken word performance, and a public debate on how Nelson Mandela's ideas can be applied to the 21st century.

Monday 30 August: The Making of the Memorial

A programme of CBK Zuidoost and New Metropolis Zuidoost about the making of the Nelson Mandela Memorial. In this programme, residents who have served as models for the memorial are interviewed. The programme concludes with the official launch of a new educational package about Nelson Mandela. The ten schools eligible for a free teaching package will also be announced.

Elvira Semmoh reads from Nelson Mandela's African favourite stories on the occasion of the opening of a special 'Afrobieb' in the Zuidoost annex of the Public Library in Zuidoost. The programme will take place between 16h00 – 17h00.

More information about this and other programme elements here.

#ImagineMandela. What Is Your Ideal?

Scions: The Afterbirth of Mohau Modisakeng