African Apocalypse. My Journey into Today’s Beating Heart of Darkness 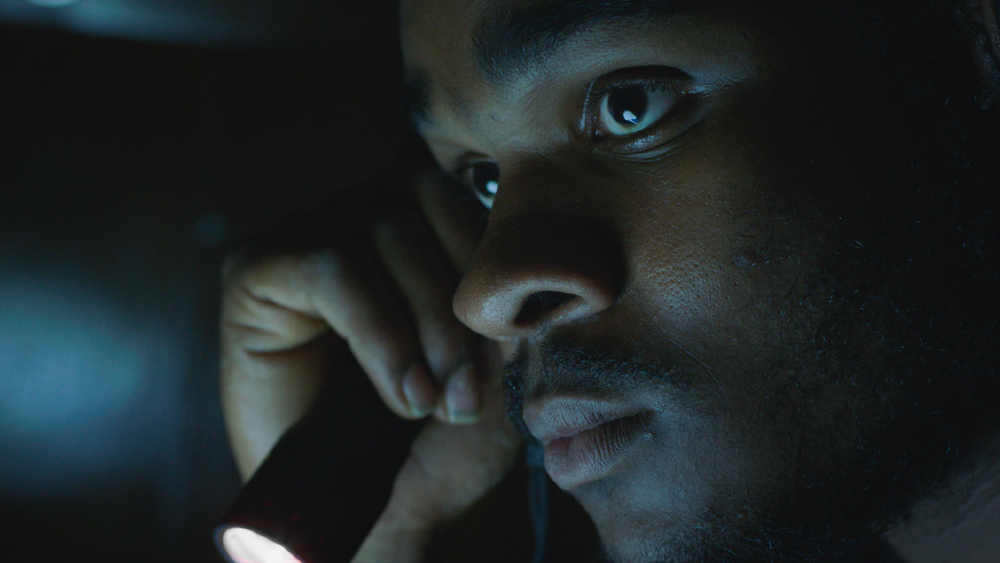 A trip to Niger on the trail of colonial crimes was an eye-opener for a young British-Nigerian poet.

At the end of the 19th century, European powers came together to carve up the great African cake. One of the pieces of land allotted to the French was an area branching into the Sahara Desert in what was to become Niger. My film African Apocalypse (showing at the Docville Festival in Leuven 10,16,19 June) follows the road created by the French invasion of 1898-99 in which a French colonial officer, Captain Paul Voulet, established the Southern border of the country.

The film brings the past up to date. It’s a personal journey that opened my eyes to the fact that the horrors of colonialism are not a thing of the past, but something that people are still fighting to overcome today. As I travel the road, I uncover a brutal history of colonial violence recounted so harrowingly by the direct descendants of its victims.

African Apocalypse is the result of a chance encounter with director Rob Lemkin, who introduced me to the story of Voulet. We travelled to Niger together, both eager to document this forgotten history and to tell a story about its resonance in the modern world.

The more I learned about Voulet, the more I noticed interesting parallels with Kurtz, the mostly absent but ever-present central antagonist of Joseph Conrad’s Heart of Darkness — a book written at the very same time that Voulet was committing his crimes.

Rob and I went to Niger in the hope of telling the story of Voulet as part of a wider narrative about the ghost of colonialism. This is a European ghost, but like all ghosts, it is transparent, elusive and almost invisible. Like all ghosts, it is born from death, and lingers on the Earth affecting the living.

African Apocalypse shows that this ghost is still shaping lives today, both in Europe and in Africa. Voulet became my antagonist, a sordid representation of colonial excess and violence; just one example of an archetype of repression, brutality and theft. In tracking him down, I was tracking down Kurtz, and all other colonial officers who enacted such atrocities.

I couldn’t have foreseen such a raw encounter with history.

I have dual citizenship; a Nigerian and a British passport, but I have grown up in the west. Some of the soldiers I met in Niger told me I may as well be white — another Marlowe, coming from afar to tell their stories for them. Before I visited, I knew I was going to find something very different from my own experience as a young British Nigerian — but I couldn’t have foreseen such a raw and urgent encounter with history.

Initially I felt overwhelmed, however as the journey went on I found I connected more and more with the people of Niger, to the point where I was singing with traditional griots at the palace of the Sultan of Birnin Konni, where Voulet murdered between six and fifteen thousand people.

There were many moments like this, where I was struck by the joy of meeting and learning about the culture, language and customs of my people, but equally by the sadness of how much was taken from them.

I learnt much about West African spirituality, and was formally introduced to an ‘Iskoki’ spirit, said to reside in the trees and to be the cause of the numerous car accidents blighting the road, as vengeance for the deforestation that built it. Teshi, who introduced me, told me of the times Nigerians were made by forced labour to build the road, along the exact route along which Voulet had committed his massacres.

Malam, a Hausa Bori priest, took me to the top of a holy mountain where, after presenting an offering of milk, he recounted how the spirit that lives there thwarted Voulet by making a village invisible. When two old men from Matankori showed me the killing fields where their people had died, I asked them why the spirit didn’t defeat Voulet. They responded by asking me how a spirit can defeat someone with bullets. The people of Birnin Konni, armed with bows, arrows and spears, first thought the bullets of the French were haricot beans.

Shedding light on these matters is imperative, and when the testimony comes straight from the mouths of the grandchildren and great grandchildren of the victims, it becomes harder to ignore and rewrite. Nigerians, Kenyans, Algerians, Herero Namibians and all other victims of colonial atrocities deserve the dignity of international recognition of the crimes that were committed against them.

If the citizens of the countries that did the colonising, like France and the UK, are not confronted with these murkier parts of their history, they will have no basis for understanding their position in the world today. This colonial amnesia; this amazing ability to rewrite the past, results in misplaced pride, irrational defensiveness and often outright racism.

At one of the most poignant moments in the film, a young schoolgirl states that revenge and defence is impossible as, even today, the French have better weapons. One of her classmates wonders whether leaving the French with their consciences is a type of vengeance in itself. The question remains however, as to whether France - and all the old imperial powers, always so quick to deny their colonial pasts - have a conscience. One student brings up the topic of reparations, the idea that countries like France and Britain that benefited from colonialism and slavery should recognise and repay some of the debt. Her teacher asks her how France would ever be able to repay the loss of life itself.

One of the most shocking revelations of the film is that colonialism in many ways never really ended. Even though Niger is formally independent, France still wields significant control over its currency and its resources. I came face-to-face with miners who had developed life-threatening illnesses working for a company which provides France with uranium from Niger to generate much of its electricity.

Their lives are determined by the invisible hand of Europe.

Everywhere in Niger, which lies at the bottom of the UN human development index, people told me they ardently believed their current state of poverty was inextricably linked to this colonial past. They still feel as though their lives are determined by an exterior force; the invisible hand of Europe. Niger is one of the countries that constitutes the so-called ‘FranceAfrique’ group, a collection of 14 African nations in which France still has an influence.

It’s hard to tell the future. Niger is a major risk zone for climate change and rising temperatures present new challenges, however it is one of the world’s sunniest countries and a solar energy infrastructure could be transformational, providing electricity to many who didn’t have it before. As can be seen in the film, Niger’s population is vibrant and young. Children are everywhere in the country, which has the lowest average age of any in the world, at 15 years.

These children are the future of Niger, but only change and true independence will ensure them a future of their own. Across the continent of Africa and the colonised world, people’s lives are still disadvantaged as a result of the invasion and conquest of their nations. It is only by recognising and rectifying the errors of the past that we can begin to move together towards a better vision for the future.

What happened in Niger, in Congo and in so many other places constitutes crimes against humanity, and I hope this film helps to reveal that. We must be brave in confronting yesterday if we are to move to a brighter tomorrow.