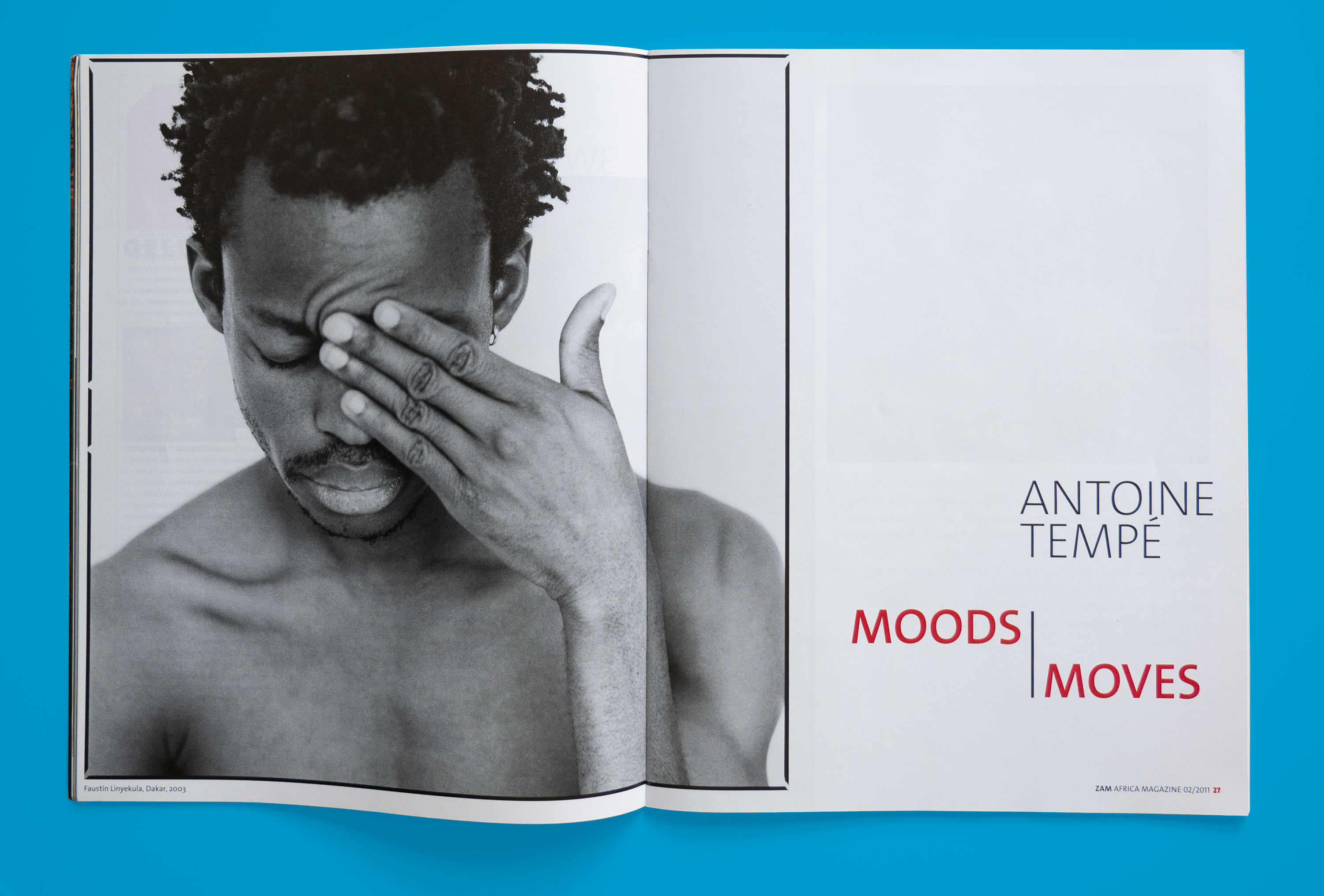 He feels most at home in his body. Choreographer and dancer Faustin Linyekula (DRC, 1974) even goes so far as to call his physique his "only country." It is both a depressing and reassuring approach. Home is nowhere to be found but home is always with you, wherever you go.

Both Linyekula and William Kentridge (South Africa, 1955) are associate artists of the Holland Festival edition that has just started. There are various shows from Lineykula on stage and he takes part in some public conversations. He also participates in productions by other artists at the festival. On Saturday, June 1, a theatrical parade will be touring the Amsterdam South-East region under his leadership.

After years in exile – Linyekula fled from dictatorial Zaire to Kenya – he returned to his native country at the beginning of this century. In Kisangani, he set up a rehearsal room and recording studio in Kisangani: Studio Kabako. The space is named after his friend Richard Kabako who died in 1994 from the bubonic plague on the border of Uganda. His friend is buried in an unnamed grave.

Today the artist lives alternately in Kisangani and Lisbon. But all the stories he tells have their origin in the DRC. Linyekula speaks extensively in the catalogue of this edition of the Holland Festival. So we read that he sees himself as an "acupuncturist,” hoping to bring about major changes with small, artistic interventions. He points out that in many African countries, written texts and archives, usually also very Western in nature, are not the main source of information. Moreover, they hardly go further back than the nineteenth century. Linyekula has found something to tackle this problem: it’s the body that asks questions. And this is where he finds answers. Lineykula: "After all, there are genes in our body that connect us to people from a thousand years ago."

Highlights in the festival's programming are undoubtedly Sur les traces de Dinozord (4 and 5 June, ITA) and Congo (15 June, Frascati), both productions in which he himself excels. But also don’t miss Not another diva (7 and 9 June, different locations), a piece which was created in Studio Kabako and Le jeune noir à l’espée (12 June Muziekgebouw). In this production, Linyekula performs together with writer/rapper Abd Al Malik. On 2 June he will meet William Kentridge in ITA; a day later both are sitting at The Welcome Table in De Balie talking Négritude.

For detailed descriptions, the full program and ticket sales: hollandfestival.nl

A review of Congo and an interview with Linyekula will be published in ZAM soon, Watch this space!